Bombing of Prague, or How history is forgotten

July 1 2016
39
Americans love to emphasize their participation in the fight against Nazism, but 14 February 1945, they themselves acted as Nazis

Have you ever seen a crying crocodile? Or a hyena? The white shark, apparently, too, very few people saw sobbing sob. But American diplomats in Tallinn annually let a tear, recalling the "barbaric" bombardment of the Estonian capital by the Soviet air forces 9 in March 1944.

When representatives of the most democratic nation in the world start letting a tear, it makes sense to be on the alert. Usually this is only a cover for covering up their own crimes, and the louder they sympathize, it means that the more monstrously they “inherited” somewhere. 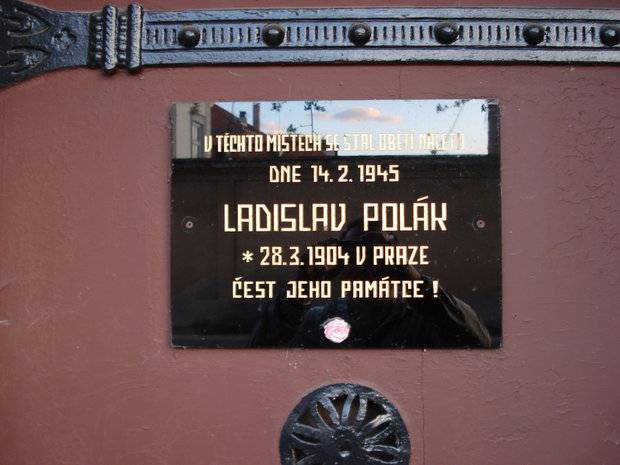 A plaque on the site of the death of the doctor Ladislav Polyak in Prague. © Alexander Plekhanov

We will not recall the destruction of Dresden, Tokyo or Hiroshima, but rather recall Prague. Where the Americans "inherited" very seriously, and there was no particular need to bomb the Czechoslovak capital. But since Czechoslovakia retreated to the zone of Soviet influence, the Americans decided not to save on bombs and poured them in the amount of 155 tons to Prague citizens. Sixty B-17 bombers bombed the defenseless city, killing 700 civilians, 1184 were injured, 183 buildings were destroyed and two hundred more were damaged.

What are the “strategic” goals set by the gallant angels of democracy? Americans love to emphasize their participation in the fight against Nazism, but 14 February 1945, they themselves acted as Nazis. Because one of the first bombs landed in the synagogue, then Emmaus Monastery was bombed and only the famous Charles Bridge was saved by a miracle - one of the bombs dropped ten meters into the Vltava, so only the statues on the bridge were damaged by fragments, but not the bridge itself.

Of course, the next day, the Soviet command asked why the Americans bombed Prague, which is not in their area of ​​responsibility? The Americans can only applaud. It turns out they ... made a mistake. The navigators of all 60 bomber together fell into prostration and instead of Dresden, where, in fact, the whole gang flew, they bombed Prague. As they say, one hundred fifty miles is not a detour.

When the Ukrainian Nazis say that the residents of Donbass are shelling themselves, this is nothing new. Long before the start of the so-called anti-terrorist operation, the American friends of the present-day Kiev state-paratroopers lied with no less scope and also with inspiration.

The Czechs, to be honest, were very lucky. The B-17 bomber was designed for a bomb load of 7,5 tons, but the Americans really did not like to fly in slow-moving, bomb-loaded vehicles and usually took no more than 2,5 tons on board. Therefore, only 155 tons of bombs were dropped on Prague, and all 450 could have been, and one can only guess what this beautiful city would turn into. It is possible that he, like Dresden, would be very badly destroyed, and many historical the monuments would be lost forever.

Unfortunately, now both Americans and Czechs do not like to remember that tragic day. If the events of the Prague Spring, which led to much smaller victims, are reminded in Prague of memorials and monuments, then the American bombardment doesn’t resemble anything. Very rarely can you see signs on the site of the death of the people of Prague, and they are all located somewhere on secondary streets.

In fact, the bombing of Prague is consigned to oblivion, so as not to spoil relations with the stars and striped partners. Well, they bombed around the city, well, 700 people were killed, well, who does not happen to anyone? In general, the Czechs decided to act on the principle of the bearded character of the Beardie - to understand and forgive.

And to all those who want to see such a rare sight as a crying hyena, it makes sense to take an interest on March 9 the news from Tallinn. Surely the American ambassador will again condole with the unfortunate Estonians, recalling how the "barbarously Soviet Air Force" bombed this city.

Ctrl Enter
Noticed oshЫbku Highlight text and press. Ctrl + Enter
We are
Diplomats of the People's Commissariat of Defense: on the eve and during the warSo who nevertheless liberated Prague in 1945?
Military Reviewin Yandex News
Military Reviewin Google News
39 comments
Ad