British referendum brought to Europe a crisis with unclear consequences

30 2016 June
19
Leaders of the European Union countries and officials of the European Commission were completely unprepared for the UK (Brexit) to leave the European community. As the days following the event showed, the results of the referendum for most politicians were a complete surprise. As a result, there was a lot of haste, nervousness and obvious confusion in their actions. 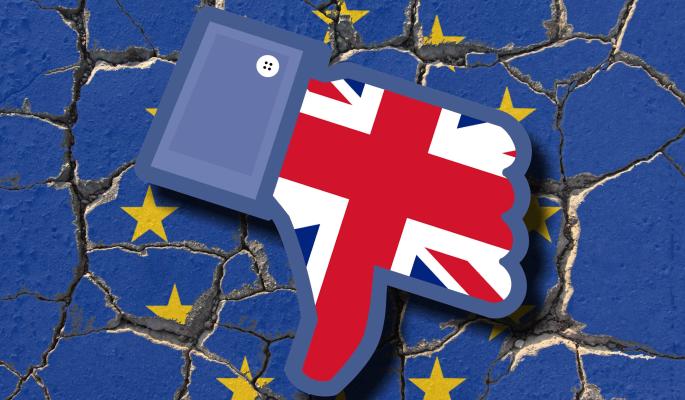 Merkel starts and does not win ...

The first reaction of the EU leaders has shown that in the new situation they are most afraid of uncertainty. Shortly after the referendum results were published in London, a joint statement by the head of the EU Council, Donald Tusk, President of the European Parliament Martin Schulz, President of the European Commission Jean-Claude Juncker and Prime Minister of the Netherlands Mark Rutte appeared on the Council of Europe website.

There, in particular, it was said: “We expect that the government of the United Kingdom will begin to implement the decision of the British people as soon as possible, no matter how painful this process may be. Any delay will only unnecessarily prolong uncertainty. ”

Such a statement without holding mutual consultations with old partners and clarifying positions seemed rather strange. The desire of European officials to quickly begin the procedure for leaving the UK from the European Union cannot be explained by irritation with the unexpected outcome of the referendum. It rather showed a determination to uphold the interests of the countries of the Union. Because London was so sharply asked "with things to the exit."

In more detail this position was reflected by German Chancellor Angela Merkel. On Tuesday, speaking in the Bundestag, she promised not to let the UK "skim the cream" in future negotiations with the European Union. “There should be and there will be a noticeable difference between whether a country wants to be a member of the family of the European Union or not,” the largest European news agencies quoted Merkel’s words.

In other words, the UK will not be able to retain the privileges of membership in the European Union after waiving its obligations to it. Stating this, Angela Merkel explained that the British would not gain access to the single market unless they maintain freedom of migration.

This is probably the most painful question for Brexit. After the referendum, of course, the risks of financial and multinational companies have increased. They will touch ordinary people not immediately and not directly. But the threat of losing work and the right to residency in the UK has already hung over three million Europeans in search of a better share of those who have moved to the British Isles.

Among them one third are citizens of Poland. On the eve of the referendum, the Polish Sociological Institute IBRiS conducted a study and concluded that after the Brexit 47,% of the Poles living in Britain will want to stay there. The calculation is based on the fact that after five years of living on the islands, it is possible to extend work visas, obtain other preferences.

The rest are awaited by the road home, or, as one Polish diplomat said, to which the authors of the study refer: “People will try to get citizenship of other countries”. In both cases, new perspectives are far from obvious. This is understood by 26% of those polled by IBRiS, who will return home after searching for Britain from the EU.

Around the same situation are migrant workers from the Baltic states, Slovakia, Romania, Bulgaria. Brexit, for example, touched 200 000 Lithuanians. From the pages of the Politico edition, Lithuanian Foreign Minister Linas Antanas Linkiavicius invited them back home. “Frankly speaking,” Linkyavichyus admits in an interview, “we had 3,5 million inhabitants in the country, and now there are three million left ... I can't say that they are waiting for jobs, but the diaspora appeared there recently, and therefore there is not much difference.”

The difference, however, is. She is obvious. Merkel understands this and therefore is trying to take over the protection of labor migrants in Britain, and at the same time strengthen the authority of Germany as the leader of the European Union.

Not everyone likes it. US Secretary of State John Kerry, after talking with his British counterpart Philip Hammond, expressed hope for the US participation in the negotiations on British withdrawal from the EU. Kerry said that London and Washington are still "strong and non-daring NATO allies, permanent members of the UN Security Council, trading partners and close friends." A replica of the chief of American diplomacy should besiege Merkel's desire to saddle Brexit.

Americans are contributing to the Brexit agenda

In the meantime, there are signs that the United States Department of State is attempting to reverse Brexit. As Interfax reported on Tuesday, at the Festival of Ideas in Aspen resort in response to a question from the audience about whether the UK can “turn back” on the issue of implementing the results of the referendum, John Kerry replied: “As US Secretary of State, I don’t want them (the British ) exited the EU. That would be a mistake. There are various ways ... ".

The new topic was picked up by the British media. The Independent columnist for the London daily, Sean O'Grady, draws attention to the fact that many Brexit supporters now doubt their choice. O'Grady admits: “I voted for the withdrawal, but, taking into account all the arguments, one cannot deny that in the end we will remain in the EU”.

This conclusion of the journalist is based on the fact that, in his opinion, the percentage of those who voted for Brexit does not allow to make a categorical conclusion about the desire of the people of Britain to leave the EU. Now the final decision (“whether to follow the will of the people or not”) should be passed by the parliament.

To this, O'Grady adds: “Few of the conservatives - the majority party forming the government - now support the exit from the EU, including London’s ex-mayor Boris Johnson, who previously positioned himself as an active supporter of Brexit.” Similar publications were noted by the magazine The New Yorker, the tabloid The Sun, the conservative The Times and other Western publications.

“If Cameron initiated the 50 article on Friday morning,” wrote The New Yorker, for example, “Great Britain would already be on its way out of the EU: the separation process is irreversible.” But thanks to a clever maneuver - and this was exactly a smart maneuver - the country has some time to reflect on the consequences of Brexit, which are already more serious than many of those who voted for leaving the European Union expected. ”

It’s not only Prime Cameron who’s been thinking. One of the leaders of the company for Brexit ex-mayor of London, Boris Johnson, now urges not to rush to exit procedures from the European Union. In his opinion, now there is no need for haste. In the short term, for the population, nothing will change, and politicians have to figure out how to get out of this "unnatural structure."

To these “smart maneuvers” it is worth adding a very practical threat to the first minister of Scotland, Nikola Sturgeon. Citing the fact that 62% of Scottish voters voted against breaking off relations with Brussels, Sturgeon called on the Scottish Parliament to veto the decision to withdraw Britain from the European Union.

Finally, it is worth remembering about the high-profile re-referendum initiatives, accompanied by public protests. According to some reports, more than three million Britons have already supported this idea. What will happen next?

Uncertainty with Brexit is added every day. This makes European officials nervous. Indeed, in their memory there were already referendums that were never realized. The Financial Times recalls in this connection that “in 1992, the Danes voted against the Maastricht Treaty (which marked the beginning of the EU), the Irish in 2001, voted against the Nice Treaty (which amended Maastricht), and in 2008 - against Lisbon (it replaced the force of the EU Constitution). ”

These three events share one final. The European Union made concessions to both the Danes and the Irish. The new vote restored consensus in the EU. Today, many politicians do not rule out repeating this stories.

However, Brexit has already spawned a crisis in Europe and exerted its influence on the nature of relations between countries. As the Berlin newspaper Die Welt admits, the UK has already started to lose weight in the European Union. Following the referendum, British European Commissioner Jonathan Hill, who is responsible for finance, resigned. European leaders on Wednesday left behind their summit, Prime Minister David Cameron. A day earlier, in the European Parliament, the head of the European Commission, Jean-Claude Juncker, gave obstruction to the British deputies.

The Brexit crisis is growing. Experts find it difficult to predict what consequences it can lead to. But, which is already obvious, the British referendum put a fat cross on the former relations in the European Union. Therefore, the European officials became nervous, insisting on the beginning of the procedure for leaving the UK from the EU.

Ctrl Enter
Noticed oshЫbku Highlight text and press. Ctrl + Enter
We are
Results of the week. “She is not a Jew to me, not a Jean!”The United States has a new toy - the Netherlands Premier Rutte and his sanctions
Military Reviewin Yandex News
Military Reviewin Google News
19 comments
Information
Dear reader, to leave comments on the publication, you must sign in.