Preparations have begun for joint exercises of the CSTO forces

29 2016 June
9
The press service of the main defense department of the country reports that the stage of intensive preparation for the joint exercises of the military personnel of the CSTO states begins. We are talking about military maneuvers, which will start in August at the ranges of the Western Military District of the Russian Federation.
During the on-site meeting of the Ministry of Defense Sergei Shoigu said (quote TASS):

In February of this year, a plan for the use of a regional grouping of troops was signed. In addition, preparations have begun for the command-staff exercise of the Collective Rapid Reaction Forces of the CSTO "Interaction-2016", which will be held in the district in August. (...) close interaction will contribute to the coordination of joint actions to ensure collective security. 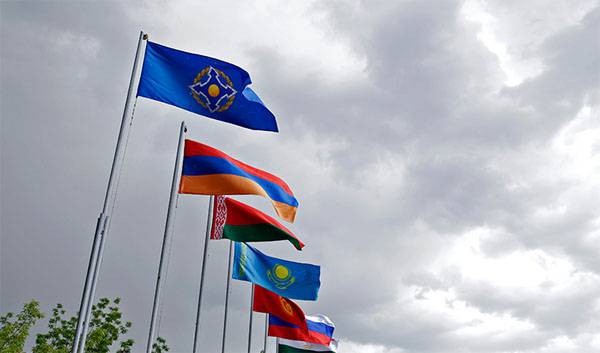 During the exercise, it is planned to use contingents of military personnel from all countries of the CSTO: Russia, Belarus, Armenia, Kazakhstan, Tajikistan and Kyrgyzstan.

In addition, negotiations are under way to prepare for the Rubezh-2016 Central Asian Regional Collective Security Treaty Organization CSTO exercises. CSTO Press Service reports that negotiations are held in Bishkek. During these exercises, which will be held from 4 to 7 in October 2016, will be attended by military personnel and representatives of the Emergencies Ministry, Kazakhstan, Kyrgyzstan and Tajikistan units. The maneuvers will be conducted on the basis of the Kyrgyz military unit №20636.