Day of partisans and underground fighters

29 2016 June
33
Today in our country one of those holidays is celebrated, which emphasizes the role of the people in the liberation wars that have ever been unleashed by the enemy against the Russian (Soviet) statehood. We are talking about such a holiday as the Day of the partisans and underground fighters. This is a relative new date in the calendar of military holidays. It appeared in 2009 year on the basis of the presidential decree "On Amendments to Article 1-1 of the Federal Law" On Days of Military Glory and Memorable Dates of Russia ". It was this change in the Federal Law that gave the Day of the partisans and underground fighters who made a huge contribution to the Victory in both the Great Patriotic War and the World War 1812, the official status.


The official entry into force of the law occurred on January 1 of the year 2010. 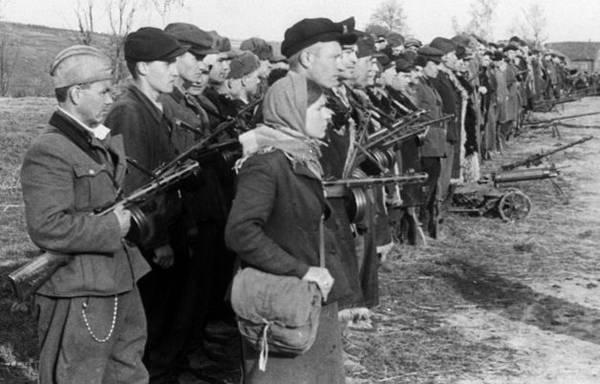 And today, the Day of partisans and underground fighters in Russia is celebrated for the seventh time. Ceremonial and memorable events primarily take place in those regions of Russia in which the partisan movement was most developed, and in the territories of which, at one time occupied by the enemy. These are Bryansk, Smolensk, Kursk regions, other regions of the country.

In the Bryansk region today, representatives of delegations gather not only from other regions, territories and republics of the country, but also from Belarus, Moldova, Ukraine, to recall the invaluable feat that was accomplished by the partisan movement and the entire Soviet people. 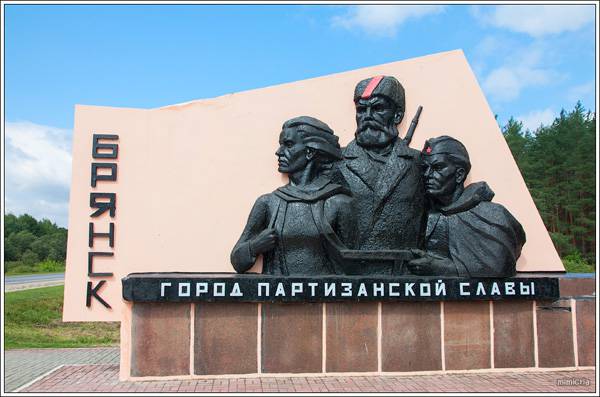 Information Agency TASS cites the statement of the Deputy Governor of the Bryansk region Alexander Korobko:
Celebrations in honor of the Day of partisans and underground fighters will visit delegations from the regions of Russia, as well as the Slavic states - Belarus, Ukraine, Gagauzia and Transnistria of the Republic of Moldova. At a joint celebration that will unfold on Partizan Square in the center of Bryansk, we once again recall that together defeated fascism, pay tribute to the memory of the feat of our ancestors.

Among the ceremonial and commemorative events - historical reconstruction on Partizanskaya glade. This is a memorial complex located a few kilometers from Bryansk on the Snezhet River. At this place in September 1941 a general gathering of partisan detachments of the Bryansk region was held. The memorial was opened in 1969 and today consists of many architectural and historical objects that tell about the feat of arms of partisans and underground workers during the years of World War II.

The central monument of the memorial is the Wall of Memory. It was discovered exactly 30 years ago - in the 1986 year. Its authors - A. Kobilinets and A. Vinogradov. On the wall of red granite carved more than 8 thousands of names of those who fell in battles for their homeland partisans. 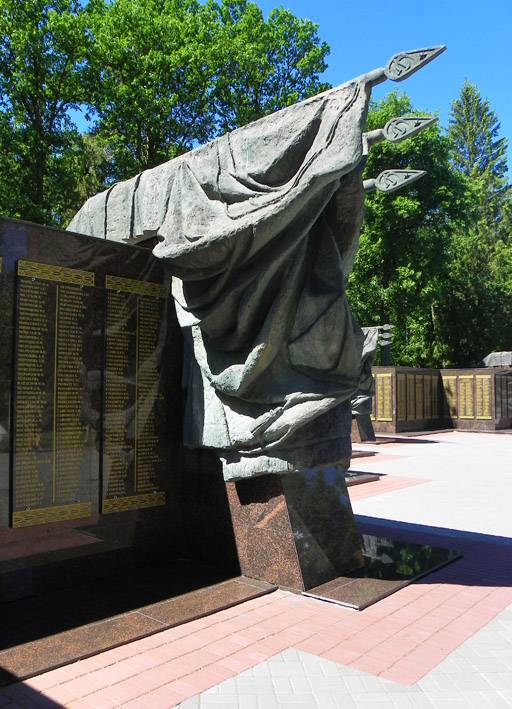 From the poem of the machine gunner of the partisan brigade named after E. Kravtsov Fyodor Kostin:
There is a forest glade near Bryansk,
What a thousand in our land,
But only this name is Guerrilla
In memory of those who fell for their land.

During the historical reconstruction, its participants will tell the guests of the event about the activities of the Bryansk partisans, and then, according to local media, the rally will start, during which participants will visit the parking lot of one of the partisan detachments. 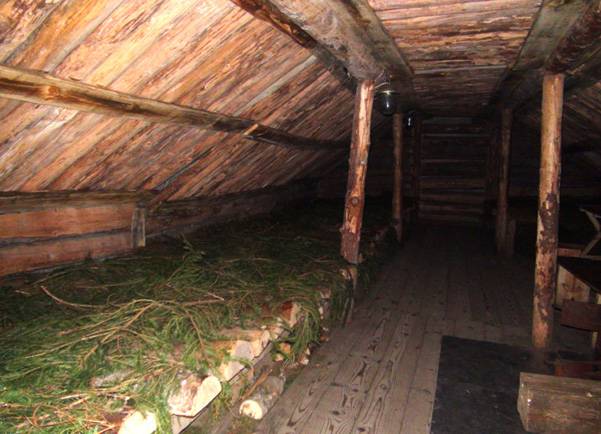 Since 2007, the exposition of military equipment has been opened on the Guerrilla Meadow. 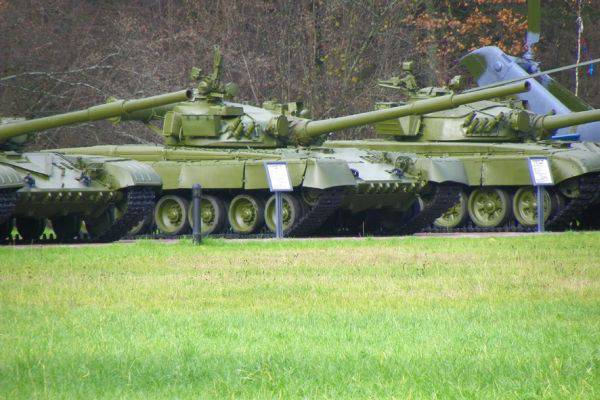 Why is the Day of the partisans and underground fighters celebrated in our country precisely on June 29? The reason is that on that very day 75 years ago the directive of the Council of People’s Commissars of the USSR and the Central Committee of the CPSU (B) issued. This directive prescribed the creation of partisan detachments that would fight the enemy in the territories they occupied. From the directive text (form 4, op. 11, d. 68):

In the areas occupied by the enemy, create guerrilla groups and sabotage groups to fight enemy army units (...) to create intolerable conditions for the enemy and all his accomplices, to pursue and destroy them at every turn, to disrupt all their activities.

From the 10 directive clause:
The governing bodies of the partisan movement, the commanders and commissars of the partisan detachments, along with the combat work, develop and conduct regular political work among the population, clarify the truth about the Soviet Union, about the merciless struggle of the Red Army and the entire Soviet people against the fascist invaders, about the inevitable death of the bloodthirsty occupants. Expose the facts of false German propaganda, foster hatred and bitterness towards the German invaders. To this end, organize the publication of newspapers, leaflets and other printed materials in the occupied territory.

The Supreme High Command of the Red Army demands from all the leading bodies, commanders, political workers and fighters of the partisan movement to launch a struggle against the enemy in its rear (...), to beat the fascist invaders continuously and mercilessly, without giving them a breather. This is the best and most valuable assistance to the Red Army.

Joint actions of the Red Army and the partisan movement, the enemy will be destroyed.
People's Commissar of Defense of the USSR I.Stalin

In the same Bryansk region, the Day of partisans and underground fighters attaches such great importance (and from a historical point of view this is more than justified) that, by the decision of local authorities, the territory of the 29 region of June is declared a day off. On the territory of Bryansk region alone, during the Great Patriotic War, 27 partisan brigades operated, 139 partisan detachments, the total number of which exceeded 60 thousand people. The partisans terrified the occupiers, as evidenced by the numerous memoirs of German soldiers and officers, including those published in the Western press.

To counter the guerrillas, the command of the German army decided to create the so-called ägdkomando (literally "Hunters"), who actually used the same partisan tactics. They tracked the movement of partisan wagons and columns, struck at partisan sites.

In March, 1942, the German command due to large losses in manpower and in military equipment (not to mention the infrastructure facilities) decided to create a special anti-partisan body. We are talking about the Special Staff "R" - Sondershtab "Russia", whose tasks included: collecting data on the partisans and the local residents who come into contact with them, carrying out terrorist acts against the commanding staff of the partisan movement and its main activists. Police structures (policemen) from the local population were actively involved in the work of the Special Staff "P". It was on the policemen that the main punitive work was assigned to their own countrymen, who helped the partisans in the fight against the enemy.

As a result, neither the command team nor the special headquarters helped the German fascist pack to conquer the Soviet people. Thanks to the well-established cooperation of partisan detachments and underground organizations with parts of the Red Army, the Nazi ridge was broken. After reaching the borders of the USSR, the overwhelming majority of the representatives of the partisan brigades joined the ranks of the regular army and drove the enemy all the way to Berlin.

Ctrl Enter
Noticed oshЫbku Highlight text and press. Ctrl + Enter
We are
“Russian Spring” on the festival of colors in Kiev and bloodshed in the DonbasJune 29 - Day of the partisans and underground fighters
Military Reviewin Yandex News
Military Reviewin Google News
33 comments
Information
Dear reader, to leave comments on the publication, you must sign in.