T-14 Armata. Waiting for the start of serial deliveries to the RF Armed Forces

29 2016 June
151
More than a year has passed since the parade in honor of the 70th anniversary of Victory in the Great Patriotic War. It was then - on May 9, 2015, when passing through Red Square for the first time that the latest Russian Tanks T-14 Armata, the appearance of which aroused a truly great interest, and not only in Russia. Immediately after the first official appearance of the latest tanks, a discussion began about how much the Russian Ministry of Defense was ready to purchase for tank units, and how much such purchases would cost the treasury of the main defense department. 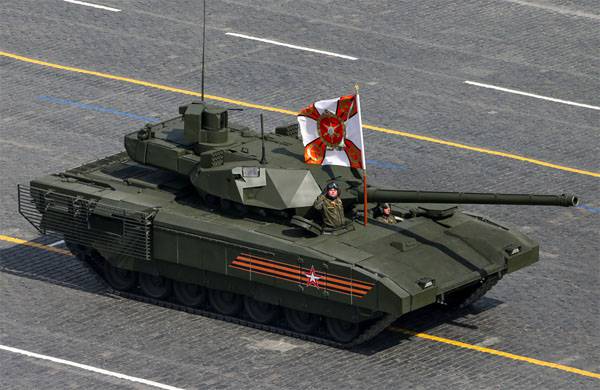 The intensity of the issue was also raised due to the fact that initially more than the impressive price of the Armata T-14 tanker - 500 million rubles was voiced. And after the appearance of such figures in the press and after the statements, including the official representatives of the manufacturer ("UVZ"), the number of skeptics who have declared that with all the stated qualities and characteristics of the new Russian tank, these qualities and characteristics are set off by astronomical prices.

The discussion of the half-billion price of the T-14 was very active. And the more active there was, the more often conspiracy statements were made that the Defense Ministry could restrict itself to the small Armat party, focusing more on the purchase of T-90 or upgraded T-72 (up to T-72B3).

Six months ago, 25 January 2016, official representatives of the UralVagonZavod published materials that talked about the real price of the Armata T-14 tank. Then it turned out that this price is about 250 million rubles. That is, already two times lower than the conspiracy values ​​of the earlier information period. At the then exchange rate of 250 million rubles - about 3,5 million dollars, at the current rate - about $ 3,85 million.

The announced price makes the T-14 "Armata" the definitive leader in the combination of "price-declared characteristics" among all modern tanks in the world. For comparison, the Russian T-14 is about 2 times cheaper than the German Leopard-2, 2,2-2,3 times cheaper than the American Abrams M1A2SEP and almost three times cheaper than the French “golden» AMX-56 Leclerc. Let's compare T-14 “Armata” at the price with the total Israeli pride - tank Merkava Mk4 (about 4,2-4,5 million dollars together with Trophy active protection complex). However, by and large, all these foreign tanks can hardly be attributed to fully modern (tanks of the new generation). The same Merkava Mk4 comes into service with the Israeli army for about 12 years. 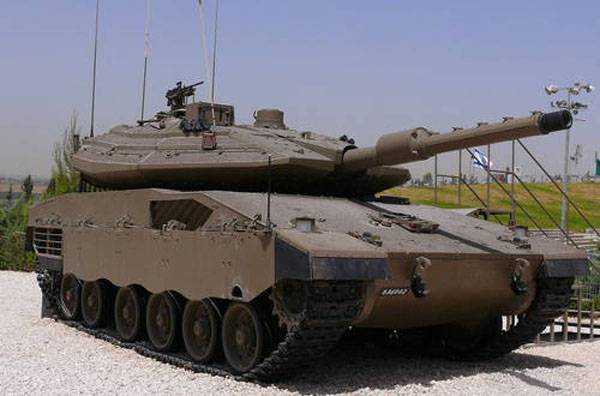 But it is one thing to compare the price characteristics of the Russian T-14 “Armata” with foreign “analogues” (if the term “analog” in this case is generally allowed to be used), and it is quite another thing to evaluate the real purchasing power of the Russian Ministry of Defense, taking into account the known economic difficulties with which country faced in recent years.

Recent statements by individual representatives of the information community and even the country's main defense department about the fact that, they say, at this stage it is quite possible to get along with a couple of hundreds of modernized T-72, and only then think about buying T-14, caused some anxiety. On the one hand, the tank has already been demonstrated, including its capabilities for firing and hitting targets, on the other hand, the price is still quite high by internal standards, preventing the Armata’s active purchase of the T-14 for the Armed Forces.

The latest information from the representatives of UralVagonZavod is that at the moment there is a search for a compromise connected with the procurement of a certain number of new tanks by the RF Ministry of Defense. This kind of compromise translates into a decision to acquire the original party of the “experienced” Armat. This party, according to some data, is several dozen units, tests of individual armored vehicles are already underway. From 2017 of the year it is planned to begin mass purchases and on the basis of the compromise voiced - the more actively the Defense Ministry of the Russian Federation conducts the purchases of T-14, the cheaper the contract can cost in the end.

In total, up to 2025, the Ministry of Defense plans to spend more than 0,6 trillion rubles on the purchase of new tanks. This will allow you to purchase about 2,3 thousands of T-14, including accounting for further maintenance. It turns out that the plans of the main defense department, taking into account the proposal from UralVagonZavod when executed, will allow the fleet of armored vehicles of the Russian Federation to be updated by about a quarter with the T-14 Armata tanks. Serious application, considering the mentioned order also for upgraded T-72 (up to T-72B3).

In principle, “UralVagonZavod” for the implementation of the project remains to fulfill its obligations, the Ministry of Defense of the Russian Federation - its own. However, for some time now, the project has revealed new pitfalls, which cannot be concealed by definition. 17 October last year, Alfa-Bank filed a bankruptcy claim against the Volgograd metallurgical plant "Red October". It would seem, where does the "Armat"? So after all, this plant is engaged in the production of the very unique armor for the entire line using the Armata platform.

Only since the beginning of 2016, over three dozen lawsuits have been filed against the Volgograd "Red October" for a total amount of 11 billion rubles. Of these 11 billions, Cyprus offshore company Boonvision Ltd. makes claims for 3 billion rubles. The general director of the Volgograd enterprise, Dmitry Gerasimenko, according to some data, is now hiding from Russian justice in Switzerland. In the material RBC at one time it was reported that he considers the fraud amounting to more than 65,5 million euros to him to be fabricated. The criminal case led to the arrest of the assets of the Volgograd Metallurgical Plant, while Mr. Gerasimenko claims that he “will soon pay off the debts” that have accumulated in recent times.

So far, as they say at the UVZ, the supply of special steel for armor T-14 "Armata" go on schedule. At the same time, the presence of obvious financial problems for the “Red October” simply by definition cannot but cause an increase in risks. After all, if the bankruptcy procedure is brought to the end with the reluctance of the owner, working through an offshore structure, to repay debts, then the whole system of special supplies for UVZ may be in doubt. Do not forget that in the coming 8-9 years, “UralVagonZavod” will have to release more than 2 thousands of newest armored vehicles, and any system malfunction can lead to a shift in deadlines and to an increase in the cost of the contract lot. And any appreciation in the current financial conditions - this is an additional blow to the defense. Does Russia still need such strikes? - a rhetorical question ...