July 3 2016
200
The US agency Bloomberg announced that the Russian air carrier AirBridgeCargo Airlines, a member of the Volga-Dnepr group of companies, and the US aerospace concern Boeing are close to concluding a firm contract to supply at least ten new Boeing 747- 8 Freighter. According to the agency, the document will be signed in July at the International Aerospace Salon in the British Farnborough.

Strictly speaking, the interest of AirBridgeCargo and the mother Volga-Dnepr to these American cars is not news. In June, 2015, during the aerospace show in Paris, signed a memorandum of understanding between Boeing and the Volga-Dnepr group on the delivery of two dozen 747-8. In the framework of these agreements, the Russian carrier purchased two cars in November last year. Last March, Boeing received a firm order for two more aircraft. But until the last moment, few people believed that Volga-Dnepr would decide on a difficult time both for itself and for the air transportation market for the full-scale implementation of such a risky deal and convert intentions into firm orders. The title of the Bloomberg article speaks for itself: “The Russian company saves the“ seven hundred and forty-seven ”.

The fact is that the program Boeing 747-8 is experiencing its decline - in the airline market, including freight, "Jumbo" or "Queen of Heaven", as the name of this car, is rapidly replacing the twin-engine aircraft of the new generation. The reasons are simple. First, twin-engine airplanes are more economical, and secondly, a modern air traffic management system allows efficient use of baggage and cargo compartments of passenger liners for cargo transportation. Modern passenger twin-engine Boeing 777 or Airbus A350, even with one hundred percent filling of passenger seats, take on board 25 – 30 tons. Logistics companies are happy to charter these facilities, because of which specialized cargo aircraft lose market. Therefore, the order of ten to twenty new 747-8 Freighter is a matter of saving this program for the aircraft manufacturers of Boeing and a big risk for the carrier who decided to buy such machines.

Let’s leave aside the question why the Russian company is being rescued by an American aircraft, and for example, not a domestic IL-96-400T. Although the group of companies is called Volga-Dnepr, not Missouri-Potomac. And the American brands that supported the production of some Russian aircraft do not even come to mind. We'd better think about why the Boeing 747-8 is not being saved by American shipping companies, or at least some Asian ones. The last major order for 747-8F from foreigners - Hong Kong carrier Cathay Pacific Cargo - is dated far 2007-m. Maybe they better calculated the risks than the Russians? 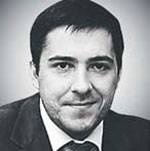 If AirBridgeCargo purchases all the 20 new "seven hundred and forty-seven" in accordance with the memorandum of intent, it will mean a doubling of the fleet of these vehicles from a particular carrier and a threefold increase in the number of aircraft modified 747-8F. Explaining such an expansion by some kind of boom in the freight market does not work. The global air cargo market in 2015 increased by 2,2 percent. This is a good indicator, but the growth rate declined compared with the previous year (in 2014, it was 5%). In addition, the increase was mainly due to the Middle Eastern market, where there are strong players, and for AirBridgeCargo, the main markets are stagnant American and European and slow-growing East Asian. Plus, one should not forget that a considerable part of this modest increase in traffic volumes was absorbed by the already mentioned cargo compartments of passenger wide-bodied aircraft. In the market of bulky goods - the birthplace of "Volga-Dnepr" - no growth is observed. Moreover, in recent years, Volga-Dnepr, partly due to the winding up of the American military campaign in the Middle East, and partly because of the sanctions, has lost a significant part of its orders — earlier, many NATO military cargoes and equipment carried its planes. Already in the 2014 year, according to the company's own report, its cargo turnover for the year decreased by 17,7 percent, and the revenue from the charters decreased by 19,4 percent relative to the 2013 index. The fall in this segment was so significant that the group could not compensate for it due to a slight increase in the volume of regular traffic. There is no certainty that this trend will be broken soon. So, in a difficult market situation, the company resorts to the extremely risky expansion of its fleet.

Volga-Dnepr is a private company with the right to carry out any business strategy. However, most recently, we have already seen how the same air carrier crashed, including as a result of an adventurous development policy, and the consequences of this disaster not only affected the Russian aviation industry, but also had a pronounced negative macroeconomic effect. This, of course, is about Transaero. They have a lot in common. Both companies are private. Both were created in hard times - at the turn of the eighties and nineties. The companies were united by an extremely aggressive and risky policy to expand their own fleet in times of crisis. Shortly before her death, Transaero signed contracts for the supply of expensive Airbus A380 and Boeing 787 Dreamliner airliners. The finale of powerful expansion is now known even to people far from aviation: a bankrupt company with a quarter trillion debts and liabilities ceased operations. However, when the leadership of Transaero, already flying downhill, ordered “dreamliners” with “superjumbo”, it was at least clear what it was counting on. Relatives in the Interstate Aviation Committee and among the patriarchs of the Russian foreign policy establishment, tens of thousands of Russian passengers with tickets already bought, an army of ten thousand of its own personnel. We are so big! We are socially significant! State, help us with budgetary funds and money from state banks, otherwise you will get some protests! However, this simple plan did not take off: in the difficult crisis of sanctions, the state did not want and could not save the company, whose management got a long-term business development plan with poker bluffs. It is unlikely that the financial, lobbying opportunities and social significance of Transaero were less than those of Volga-Dnepr and AirBridgeCargo. At the same time, the purchasing adventures of the collapsed Transaero and the upcoming Volga-Dnepr deal are at least comparable in scale.

The 20 procured value of the Boeing aircraft purchased is close to eight billion dollars. It is clear that with such a large order, the buyer will necessarily sell himself a discount, but its scale will in any case be measured by percentages, not times. If we are talking about a firm order for ten cars, the size of the deal decreases to the 3,5 – 4 line of billion dollars, but no matter how you count, the cost of the new “seven hundred and forty-seven” will be equal to the total turnover of the Volga-Dnepr group of companies over several years. Turnover, mind you, not profit. It is clear that the Russian company itself does not have such funds and we are talking about leasing and a long-term loan secured by new and existing airlines, including the American Boeing 747 subsidiary AirBridgeCargo and An-124 Volga-Dnepr itself. The payback period for new aircraft will be measured in decades, and even then with the most favorable development of the market situation. In the meantime, the most likely scenario is the following. Shortly after signing the contracts and receiving the planes, it turns out that AirBridgeCargo and Volga-Dnepr are unable to pay for them, the companies are declared bankrupt, and their cars, like the new “seven hundred and forty-sevenths,” and the old “Ruslans”, go to the property of the lenders. As a result, not only private Volga-Dnepr, but also Russia, as a state, loses part of the fleet of unique An-124 vehicles.

What does this mean in turn?

In November last year, the anti-aircraft missile system C-400 was delivered and deployed to the Russian Hmeimim airbase in Syria. The only type of vehicles that can carry out such a transfer - military transport An-124 "Ruslan". These were airplanes of the Russian Ministry of Defense. Thanks to the continuing fleet of "Ruslans", the Armed Forces of our country have the ability to deploy heavy military equipment over long distances. Such, as Western military analysts say, capability is not needed every day, but under certain scenarios for the development of crisis situations it acquires exceptional importance. Therefore, the scheme was invented in its time: initially, the An-124 military was transferred to civilian operators, including the Volga-Dnepr, so that the machines would not stand idle and earn money, but in the event of that they would help their own Ministry of Defense. The number of Ruslans in the military department is about a dozen, Volga-Dnepr has eleven plus one more, which previously belonged to the deceased airline Polet, this year should be restored to airworthiness. Together, "Ruslans", "Volga-Dnepr" and the Ministry of Defense can provide for the transfer of a division of anti-aircraft C-400, operational-tactical "Iskander" or coastal "Bastions", significantly changing the balance in the theater of conflict. Without the "Ruslans" "Volga-Dnepr" our Ministry of Defense will be able to count at best on a one-time transfer of a battery or two of these systems. Considering that plans to resume production of An-124 due to disagreements with Ukraine are laid down and the new heavy military transport aircraft cannot be seen for decades for another, there is no alternative to the old Ruslans as a means of ensuring operational and strategic mobility. It turns out that the purchase of AirBridgeCargo civilian "Boeing" turns into a matter of national security.

The competence of the management of Volga-Dnepr, one of the oldest and most successful Russian private companies in the field of air cargo, is undoubtedly very high. People in difficult times for the industry and the country have created an airline that not only survived, but also discouraged a fair share of the market from foreign competitors. It is worth noting the efforts of the leadership of the Volga-Dnepr Group to preserve the unique fleet of An-124 Ruslan aircraft for Russia, even if these vehicles were the source of income for the leadership itself. But after all, Transaero was not led by stupid people - everyone is mistaken. Therefore, the expert community and the public need to pay attention to the extremely risky deal, the possible consequences of which can be not only the bankruptcy of a large Russian company, but also the loss of the operational mobility of our Armed Forces. Once again weigh all the risks.