Atom in the bosom

30 2016 June
94
Neither common sense, nor Russia's consistent implementation of the Minsk agreements, nor its membership in the WTO, do not change the sanctions approach. The United States continues to strangle us, forcing Europe, Canada, other countries to act the same. In doing so, having separated, as they believe in Washington, Russia from the high-tech market, they themselves quietly modernize their nuclear weapontrying to circumvent the Treaty on the restriction and non-proliferation in every possible way.


The United States currently has 5113 nuclear weapons, including strategic, tactical and stockpiled weapons. 1654 are deployed on 792 deployed strategic delivery vehicles: ICBMs and SSBN missiles, strategic bombers. According to the data of the Federation of American Scientists, about 2800 nuclear ammunition lies in warehouses and in storage, and the arsenal of tactical missiles is about 750 units.

As for Russia, we have, according to some data, about 1480 ready for launching YABCh on strategic means. Another 1022 warheads are not deployed on the respective carriers, around 2000 are intended for tactical delivery vehicles. An additional amount of nuclear weapons (as in the United States) is in a state of repair, dismantling, or maintenance.

Americans not only store and repair nuclear weapons, but also actively improve them. In particular, they are upgrading the B61 thermonuclear bombs, which went into series in 1967 and are in service with the strategic bombers B-2 and B-52. In the arsenals of the US Air Force - 750 bombs of this type. According to the plans of the Pentagon, they will remain in service until the 2020-s. And not because Americans want to save. The depth of modernization can be judged by this fact. In the design of B61, brought to the level B61-12, six thousand elements will be replaced! Essentially, our "partners" will have ammunition with completely new characteristics. 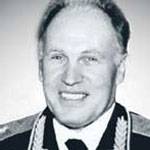 In order to hide this, the Pentagon states that it is planned to use such nuclear bombs to destroy well-protected and buried objects (missile silos, underground command posts). However, serious experts say the opposite: created ВХNUMX-61 are intended mainly for the destruction of settlements and people living in them. Bombs are planned to arm the new American F-12 and use both in European theater and in the Middle East.

From 1945 to 1986, the United States produced and supplied 60 262 71 type nuclear weapons for 116 types of weapons in the United States. Of these, 42 types were decommissioned and subsequently dismantled, the remaining 29 were in service with US and NATO units and formations designated for conducting combat operations using nuclear weapons. 43 designed for the US Air Force, 34 - for the Navy and Marines, 21 - for the ground forces.

The US continues to be engaged in testing nuclear weapons. Now it is done at the computer level, but in its time and field tests were carried out. On 1 January, 1986 in the USA was undermined in various versions of the 820 nuclear products. 774 tested on US test sites. The results are used in the interests of the US military.

Nuclear munitions are developed, tested and manufactured at state-owned factories that are leased to private companies (Government owned - contractor operated, GOCO). There, with respect to such important defense enterprises, the word “privatization” does not sound like ours. Only we are recommended to privatize the defense complex, and the ears of Western owners and competitors stick out for the leading investors.

US nuclear plants are located in the 13 states of the country and have a total area of ​​about 3900 square miles (about 7800 sq. Km). The complex for the creation and production of nuclear ammunition employs about 90 thousands of workers and employees. All this eloquently suggests that despite the existence of treaties with Russia, in the United States there is no stagnation in the improvement or storage of nuclear weapons. This arsenal is there in the everyday constant movement: some ammunition is developed, produced and put into service, others are dismantled. Moreover, the nuclear reserve, as well as the pace of individual events, is perhaps the highest in the last 40 – 50 years of its existence.

Currently, the rate of production, decommissioning and modernization of the US nuclear arsenal depends on the amount of work done, the availability of space for the production of ammunition, time and activities. On average, this circuit is approximately 3500 – 4000 units of nuclear ammunition (nuclear warheads) in a calendar year. To maintain this pace, the Department of Energy is requesting appropriate cash from US Congress for inflation and other expenses. So, for 1986 fiscal year, about 7,2 billion dollars were requested. And for the next four years - 36 more billions more. Approximately the same funds were allocated in subsequent years. 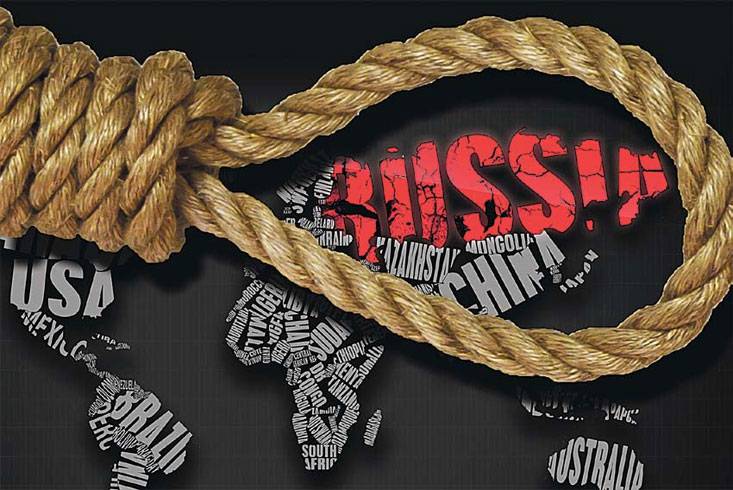 Even when adjusted for inflation, these amounts exceed those that were invested by the US government in the Manhattan project and are close in volume to US spending on nuclear programs at the end of 50-x and the beginning of 60-x, when work in this direction reached its peak. Then, we recall, the capabilities of the US nuclear complex made it possible to produce about six thousand munitions per year, most of which were new items that were not in service with the US military.

What prompted the Americans today to proposals for a significant reduction in operational-tactical and tactical nuclear weapons?

According to experts, behind this is the desire to minimize the threat to their own troops from a possible nuclear strike on them in Europe. At the last negotiations on tactical and strategic nuclear weapons, Washington’s desire to once again mislead the Russian side and conceal its true intentions was easily visible. In particular, the American military-political leadership would like us to remove Russian tactical and operational nuclear weapons from our arsenals. Why today?

Casket opens simply. If the United States succeeds in achieving a favorable ratio of nuclear offensive weapons for them, then Russia cannot even theoretically stand up to NATO forces in Europe, where, probably, the main hostilities will unfold. The main events of the fourth world war, analysts say, will take place precisely in the European theater of operations. This explains the activity of the Americans at the diplomatic level, their desire to involve us in the negotiation process. And, alas, testifies to the beginning of the preparation of the United States for the impending war. This is also confirmed by the unprecedented in numbers of troops attracted large-scale NATO exercises in the Baltic States.

Having even a relatively small stock of nuclear weapons, the United States will receive significant advantages, and the united group of NATO countries in Europe, opposing Russia, will not only feel more confident, but also be able to dictate terms. Indeed, without tactical and operational-tactical nuclear weapons, our country will significantly reduce its combat potential. In general, according to the plans of the American strategists, the Russian Federation will then have one of two things: either to completely abandon the armed struggle and lay down their arms, or to start hostilities, foreseeing the defeat and complete defeat.

There is another aspect. In the area of ​​reducing the strategic nuclear forces, we have reached the stage at which similar steps should begin on the part of other nuclear powers. For some reason, it is not customary to recall them, although already after 1998 there were two more of them (India and Pakistan). It is worth mentioning the shadow members of the “nuclear club”, such as Israel, and more recently, the DPRK.

All of this suggests that multi-level configurations have emerged, in which ensuring strategic stability is determined by a much more complex formula than in relations between the United States and Russia. To negotiate only with the Americans today is already unproductive without taking into account the factor of other nuclear powers. But this question has not yet been worked out even in a purely preliminary political-diplomatic plan. Moreover, there is no certainty that some nuclear powers, including permanent members of the UN Security Council, are ready to join this process.

How, for example, does Britain intend to use nuclear weapons, which are fully integrated into the American nuclear planning system, technologically dependent on the United States? The British submarine missile is American, but the warheads and boats themselves are British. London is not abandoning nuclear weapons, although the Russian side has raised this issue many times. Therefore, we must consider the British nuclear forces as an actual addition to the American potential. According to some reports, in the armed forces of Britain deployed on strategic means of delivery of about 160 nuclear weapons, and their total number is 225 units.

France declaratively adheres to an independent nuclear policy, having about 300 nuclear weapons, which, however, can not be served without US participation and are deeply integrated into the NATO system.

Unlike Russia and the United States, China and the DPRK, India and Pakistan do not advertise plans to use nuclear weapons at all. Not to mention its other owners, such as Israel, South Africa, Saudi Arabia, Iran. These states are hardly ready to announce the presence and quantity of their nuclear weapons, especially consent to negotiations on limitation and reduction.

Thus, the American proposals for further reduction of nuclear weapons, especially tactical and operational-tactical nuclear weapons, are well seen as a desire to secure themselves above all. And most importantly, to reduce our potential to a minimum and thereby push Europe towards the start of hostilities with Russia drained of blood. This will certainly remove the threat from the continental US, as it was during the Second World War.

Recall that the START-3 Treaty has limited deployed strategic carriers in 700 units and in 1550 nuclear warheads on them. And the Comprehensive Nuclear-Test-Ban Treaty has not yet been ratified by the United States, China, Israel, Iran and other countries.

Russia can not allow even the slightest arrogance and carelessness. Any American initiative to negotiate the limitation of Russian tactical, operational-tactical nuclear weapons is aimed at one thing - at reducing our defense capability.

Ctrl Enter
Noticed oshЫbku Highlight text and press. Ctrl + Enter
We are
What kind of nuclear forces does Russia need?Sergey Kurginyan: The meaning of the game - a report on the WTO
Military Reviewin Yandex News
Military Reviewin Google News
94 comments
Information
Dear reader, to leave comments on the publication, you must sign in.