Russian Foreign Ministry: Kiev made it clear to American curators that he does not want to obey them

28 2016 June
64
Stating the unwillingness to fulfill the Minsk agreements, the Ukrainian authorities made it clear to their overseas supervisors that they did not want to obey them, reports TASS the words of the Deputy Minister of Foreign Affairs of the Russian Federation Grigory Karasin. 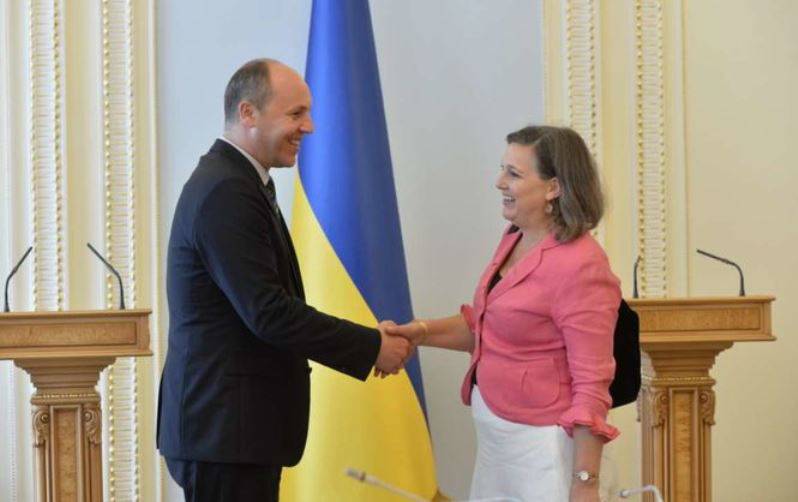 “This means that they are frankly beginning to state that their American curators are beginning to declare that they don’t want to obey them either,” said Krasin, commenting on the statement of Speaker Rada Parubiy during a conversation with US Assistant Secretary of State Nuland.

According to Karasin, in this situation there can be only one solution - to continue to put pressure on Kiev.

"It is necessary to provide political and semantic pressure on the Kiev leaders to be responsible," the diplomat said.

“There is no other way,” he stressed.

The agency recalls that on the eve of Paruby, answering the question of Nuland about Kiev’s readiness to fulfill the Minsk agreements, he said: “At this stage, it’s very hard to talk about changes to the constitution regarding decentralization and about a possible election law (in Donbass)”, since the self-proclaimed republics in the Donbass still have not fulfilled the first paragraph of the agreement on a long-term cease-fire.