27 2016 June
73
The authorities of the Republic of Crimea report the planned diversion from the organizers of the so-called blockade of Crimea in the Kerch Strait. According to the Deputy Prime Minister of the Republic of Crimea, Ruslan Balbek, representatives of the militant group, conducting their activities with the funds of the notorious Lenur Islyamov, were going to carry out a terrorist attack that could interrupt the ferry service of the peninsula with the Krasnodar Territory. 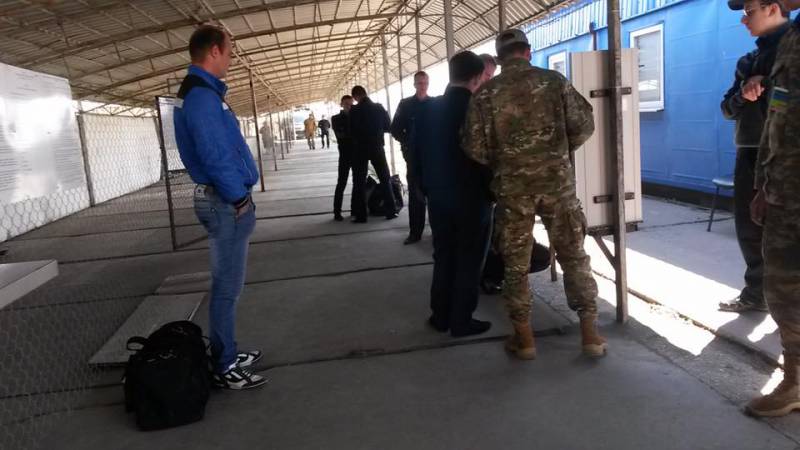 RIA News cites the statement of Ruslan Balbek:
Islyamov once again confirmed his terrorist identity. He decided to block the way for ships and ferries in the Kerch Strait with special chaotically scattered long steel cables that could wrap around on the propeller and lead to tragedy.
This neglect and abuse of the values ​​of traditional Islam. In the month of Ramadan, it is prescribed to stop any conflicts and even quarrels with neighbors. Islyams and his minions use Islam as a screen to cover their vile deeds against their co-religionists and former compatriots - the Crimean Tatars.

According to Ruslan Balbek, a Crimean told about the preparation of Islyamov’s representatives for the terrorist act, who ended up in the so-called Noman Chelebidzhihan battalion. After receiving information about the planned sabotage in the Kerch Strait, this man returned to the Crimea and told about the training to law enforcement officials.

According to the statements of the authorities of the Crimea, it was not possible to carry out the planned Islyamov, as the ship failed, which under the guise of a fishing schooner was to be used for sabotage.

Recall that earlier representatives of the so-called "Majlis", one of the leaders of which is Islyamov, announced the "naval blockade" of the Crimean peninsula.