26 2016 June
55
Repair and modernization underway at the Zvezdochka CA (Severodvinsk), the Marshal Ustinov missile cruiser will be put to sea trials at the end of summer, reports Flotprom with reference to the press service of the enterprise. 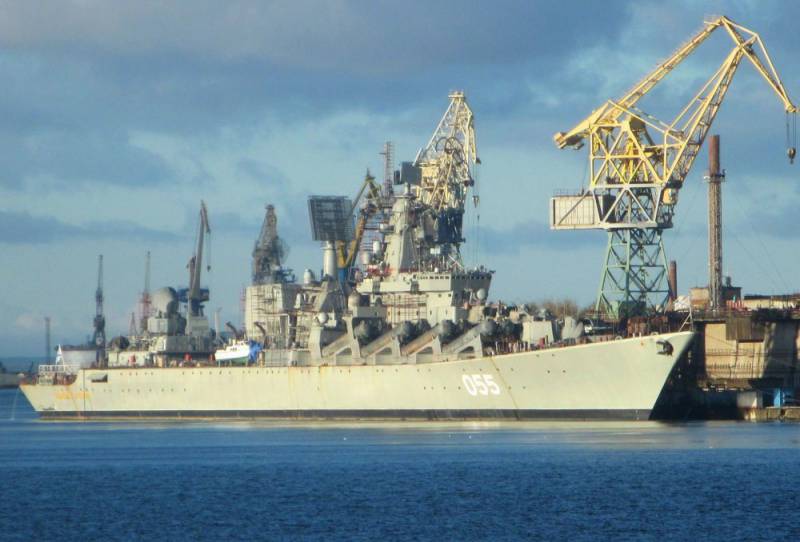 The “Marshal Ustinov” cruiser arrived at the Zvezdochka pier in June 2011 for scheduled repairs, in November 2012, the cruiser was lifted out of the water and put on a solid slipway. In the dock, repair work was carried out on the drainage, drainage and fire-fighting systems of the ship, shaft lines, propellers, pitifulators, other systems and mechanisms, and coloring of the outer hull and tanks. In June, the cruiser was launched on 2013, and modernization work continued afloat, ”the press service said.

"For the first time in stories shipbuilding, specializing in the repair, modernization and disposal of nuclear submarines, Severodvinsk shipbuilders are working on such a large surface ship ", - stated in the release.

Earlier it was reported that at the beginning of 2017, the cruiser should go to combat service in the Mediterranean.

Resource Help: "" Marshal Ustinov "(pr. 1164" Atlas ") laid at the plant them. 61 Communal in Nikolaev in October 1978 of the year. In September, 1986, the ship joined the Navy. The displacement of cruisers is 11380 tons, length - 186 m, maximum width - 20,8 m. The ship is able to reach speeds up to 34 nodes. Crew - 510 man. The main strike weapons of the cruiser are the 16 launchers of the P-500 "Basalt" missile system. In addition, it is equipped with artillery, air defense missile systems, torpedo tubes and rocket launchers for firing depth charges. ”