26 2016 June
73
The Sprut-SDM-1 self-propelled anti-tank gun is being tested at the Struga test site in the Pskov region, reports RIA News Post Commander of the Airborne Forces Vladimir Shamanov. 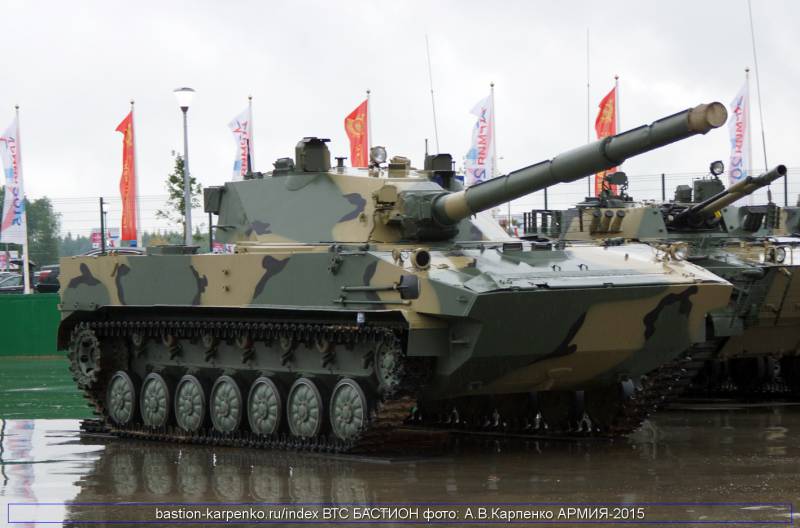 “In the coming months, during the tests, the artillery units of the 76 airborne assault division and the specialists of the Third Central Research Institute of the Russian Defense Ministry must confirm the tactical and technical characteristics of the gun,” said Shamanov.

He stressed that "the results of the tests will be handed over to a special commission for the state assessment and examination."

Earlier, Shamanov reported that the first six modernized Sprut-SDM-1 self-propelled guns would be sent to the troops in 2017. The paratroopers conducted firing of this gun in the middle of June at the Strugi Krasnye range.

The Sprut-SDM-1 gun will replace the previous 2C25 modification that has been in service with the Airborne Forces for more than 10 years.