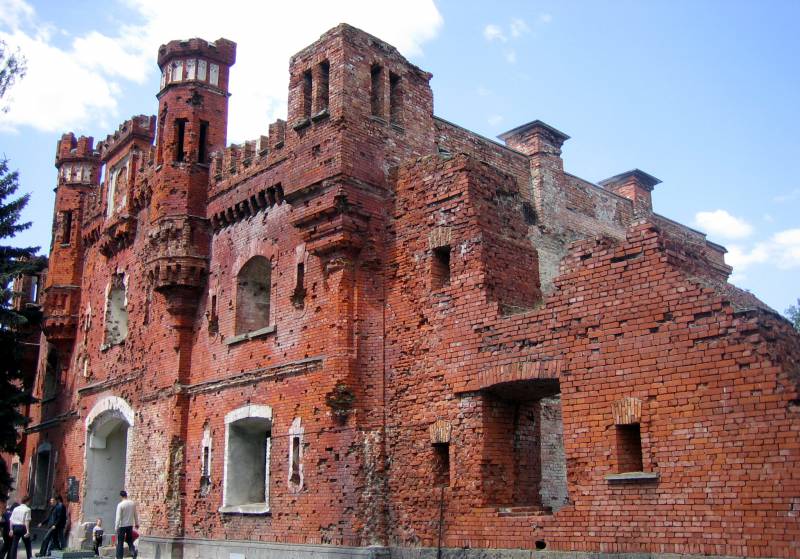 It is no secret that in recent years undertaken unprecedented efforts to revise the outcome of the II World War in general, and of World War II in particular, the role and place of the USSR in the struggle against fascism, to impose us, the citizens of Russia, alternative stories of our people and state. At the head of this controlled process are our Baltic neighbors, Poland, Ukraine, and the United States. They are joined by the FRG, trying to prove that the Red Army were no better than the Nazis. Hence the chilling stories (investigation) of 200 thousand, one million, five million (highest?) Raped German women.

Sometimes it seems that our enemies are about to achieve some results.

21 - 22 June I was fortunate to be in Brest. And I want to briefly tell you about their experiences.

Brest Fortress is one of the symbols of heroism and opposition to the fascist invasion. In Belarus, this is very well remembered. Therefore, the main events of the Day of Memory and Grief are held in this shrine.

I offer some photos and ask forgiveness for their quality. A good camera was not at hand. 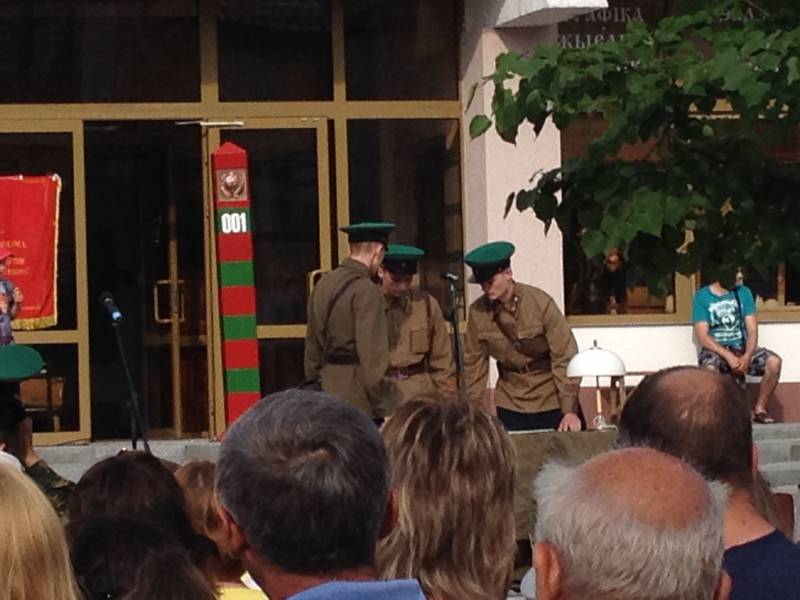 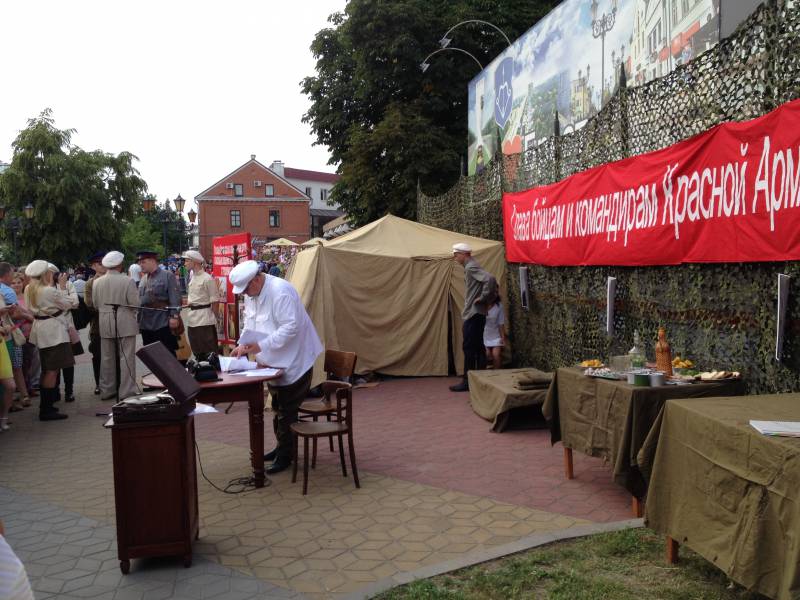 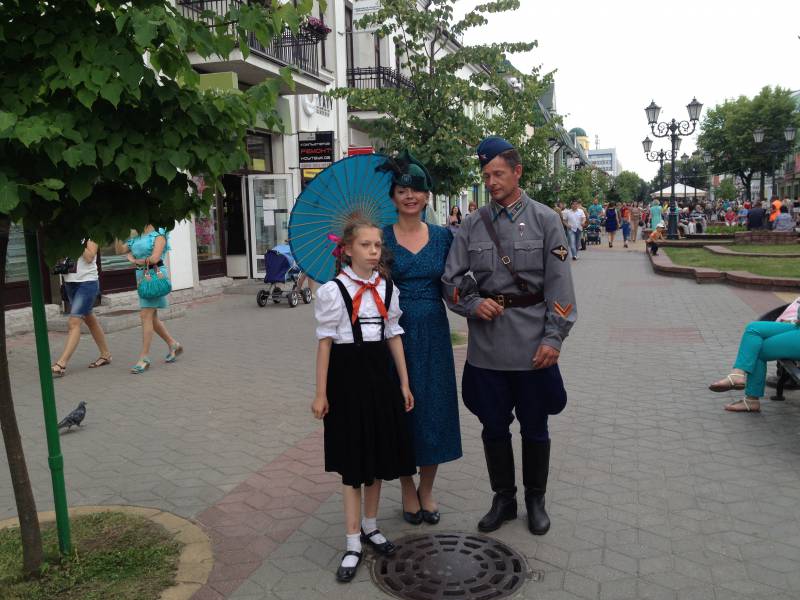 Family of a pilot officer on a walk 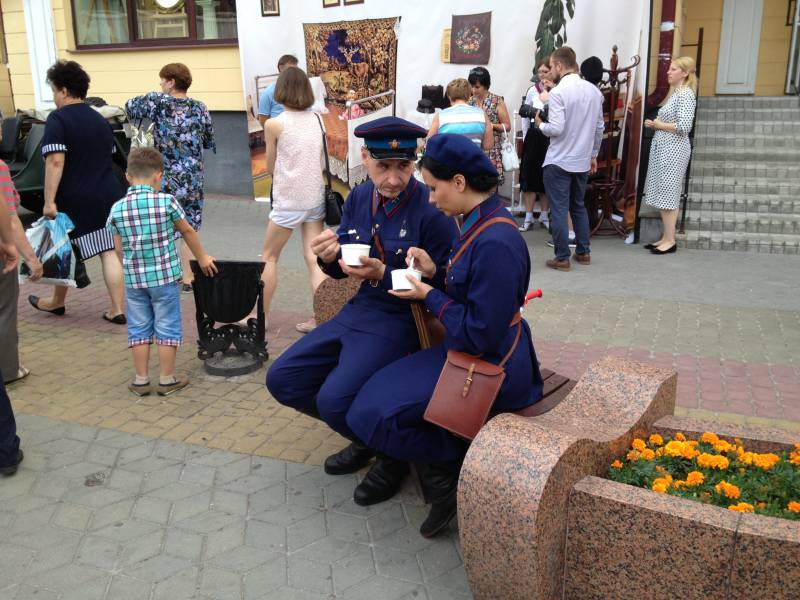 Police squad sat down to rest 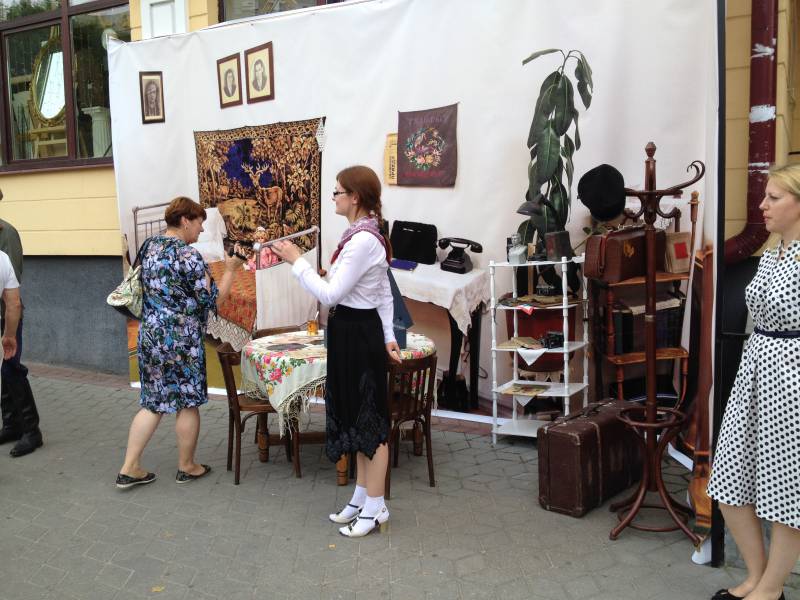 Restoration of a room in a Brest apartment 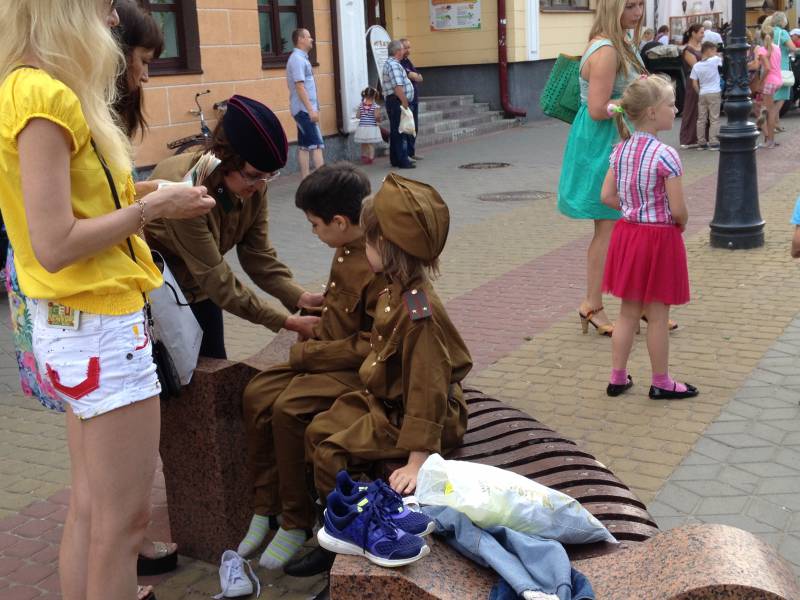 Those interested could immediately buy and adjust the military uniform for the kids. True, for some reason with epaulettes sample 1943 year.

The eye caught a large number of officers of the NKVD (there was even a major state security) and troops of the NKVD escort troops. But historical restorers know better. On some passersby were Polish rogatywka. He did not specify, but probably guests from Poland. 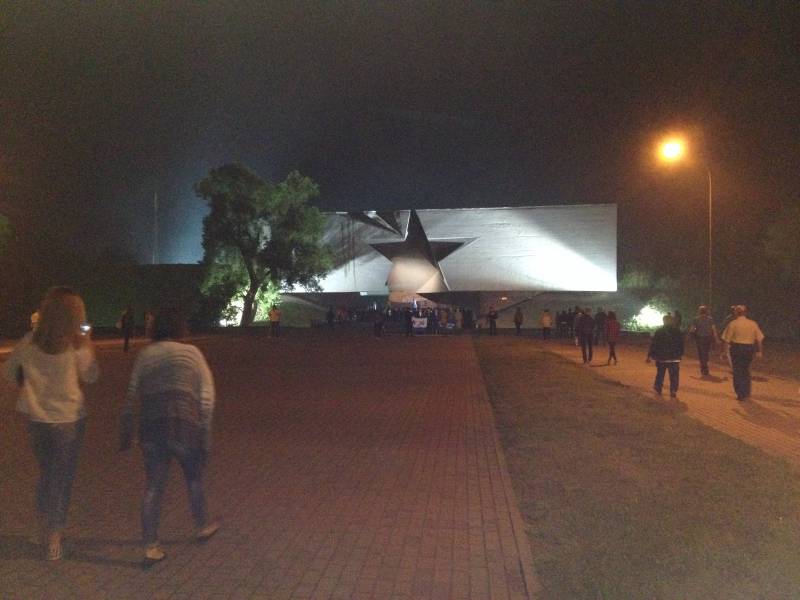 Entrance to the memorial of the Brest Fortress

Besides, of course, Belarusians, there were guests and delegations from Russia, Kazakhstan, Ukraine. Among the guests of honor is the commander of the Airborne Forces, Colonel-General Shamanov. 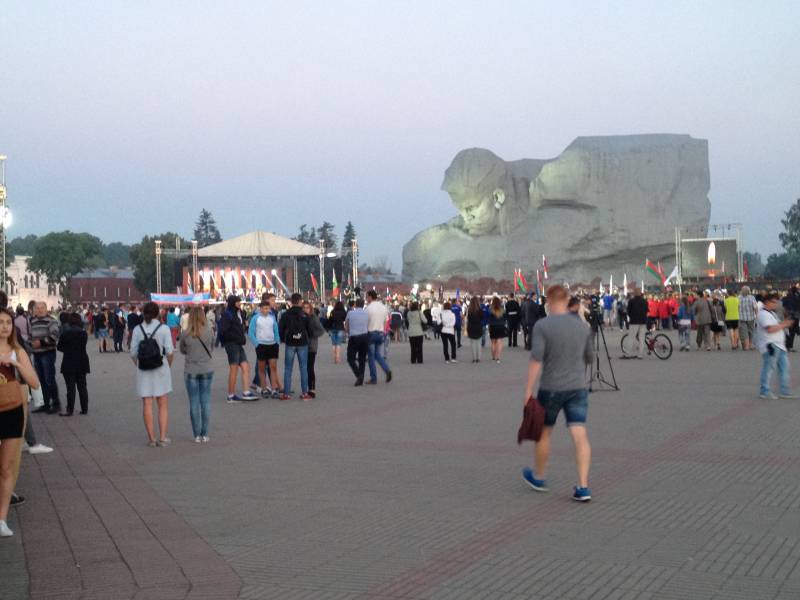 As I was told at the regional executive committee, around 20 thousand people attended the Requiem. Of course, there were veterans, but the bulk of them are young people up to 35 years.

With the dawn, the historical reconstruction of the first days of the war began. This I have never seen: 30 thousand viewers, and everyone has tears in their eyes. 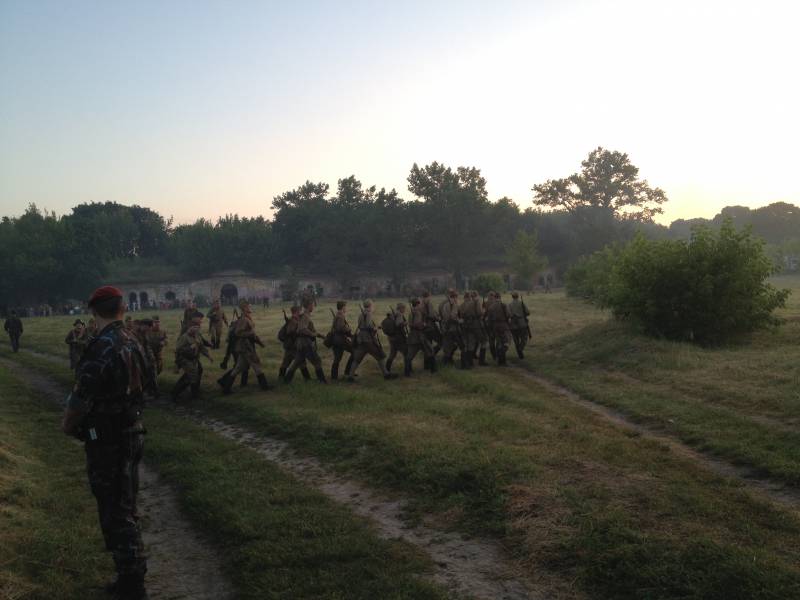 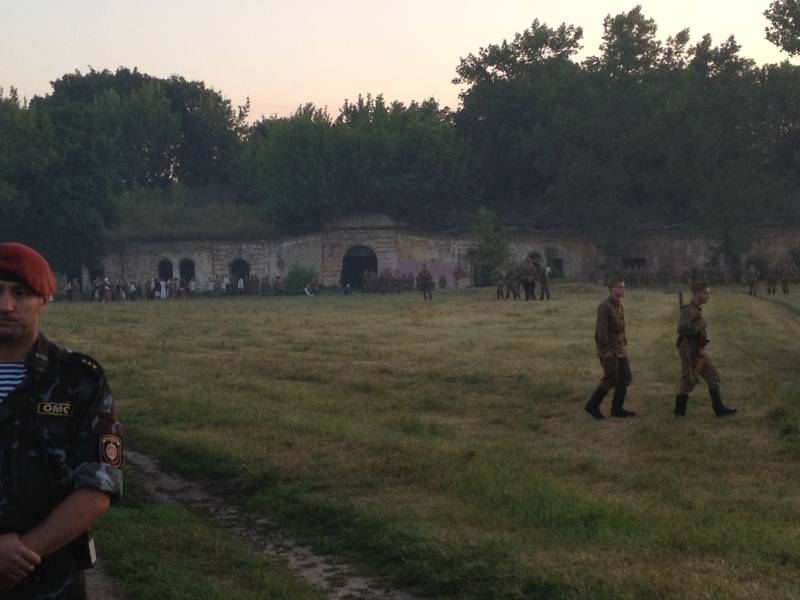 In the background in a white military family 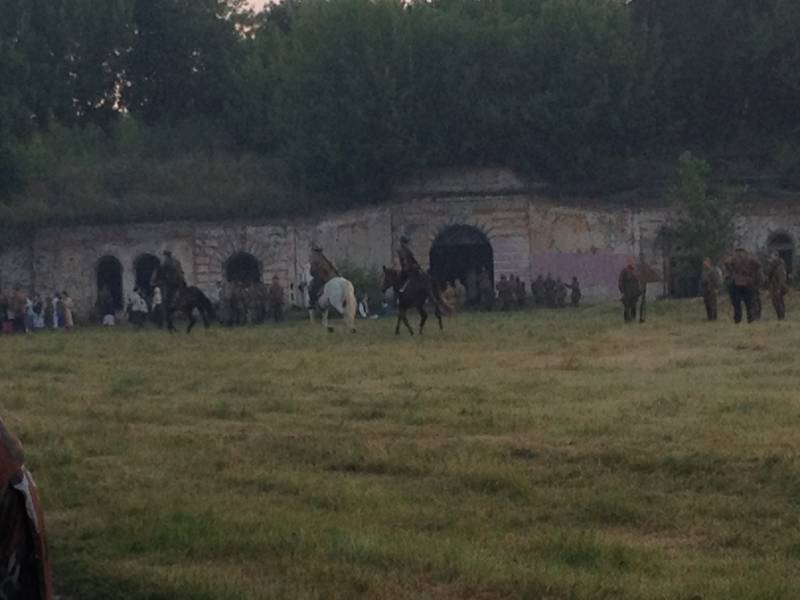 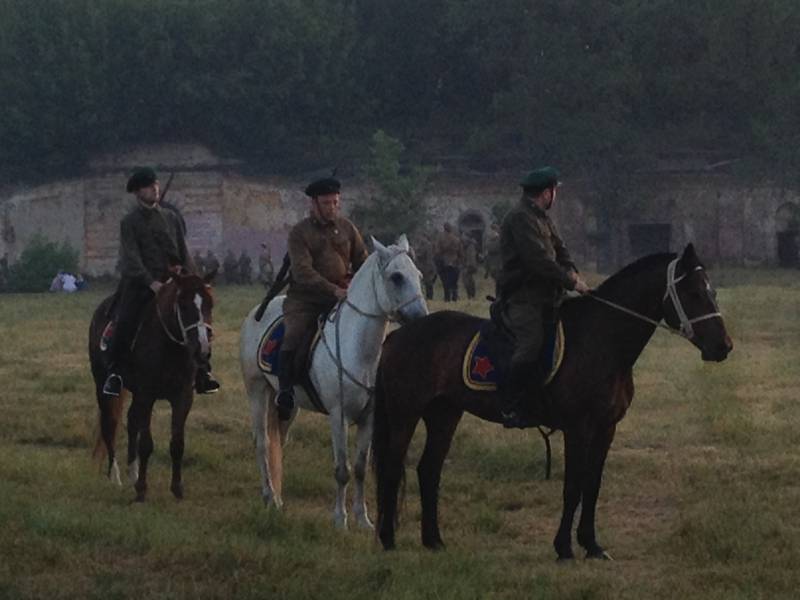 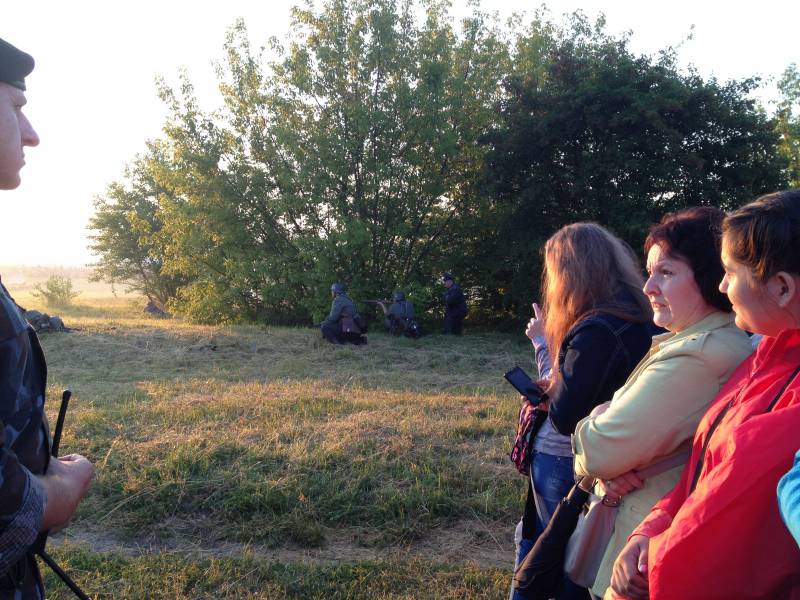 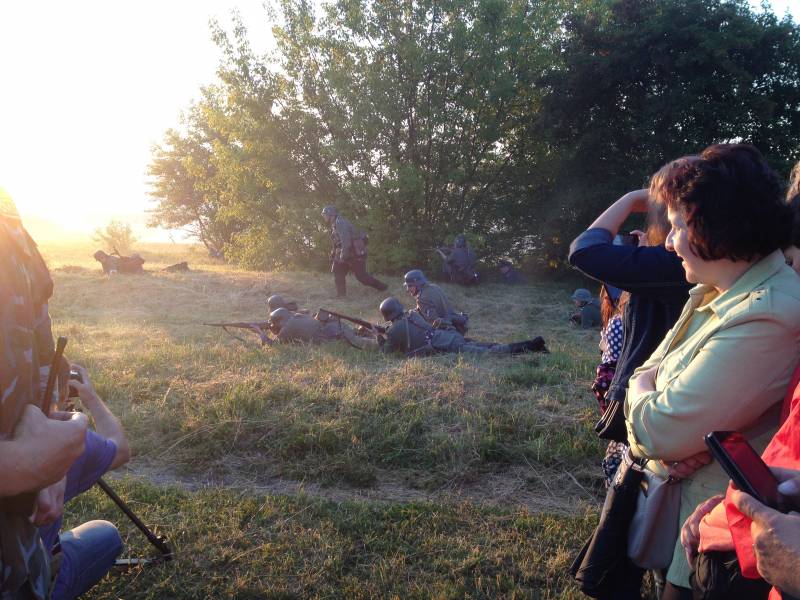 The Germans are fighting with the guards 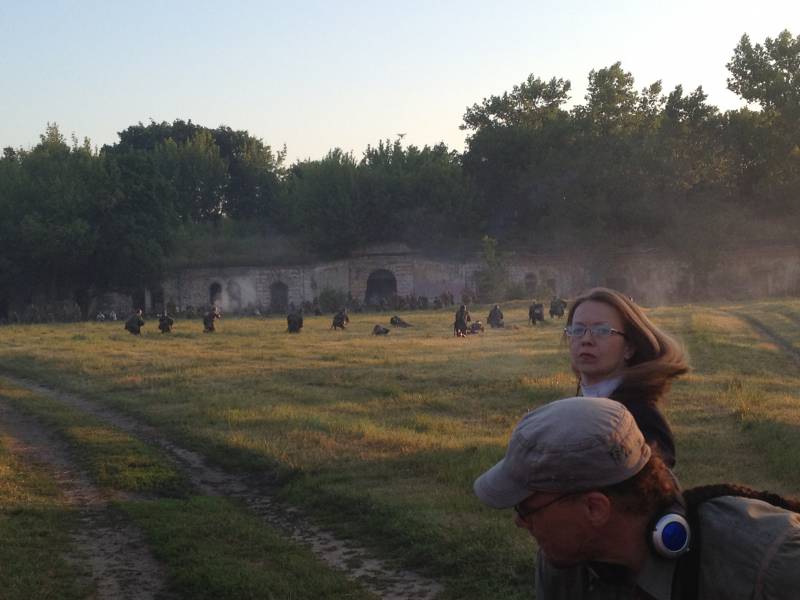 Attack of the Brest Fortifications 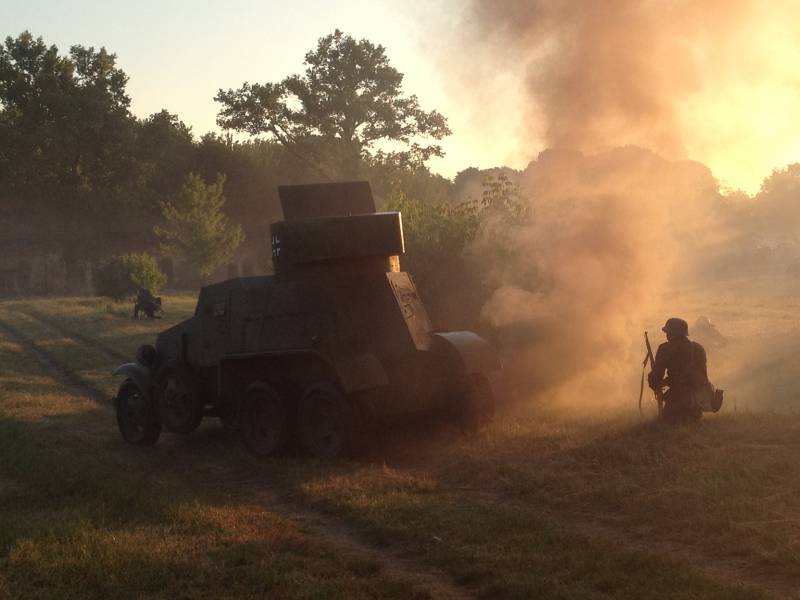 First, the armored car "played", as it should be, for our side. He even fired blank weapons. But in the course of the reconstruction, he was “hit”; part of the crew “was taken prisoner” and “shot”. After that, the Wehrmacht symbolism was strengthened on the tower, and the BA-3 began to “play” for the Germans. In addition to BA-3, M-1 and BA-20 took part in the reconstruction. 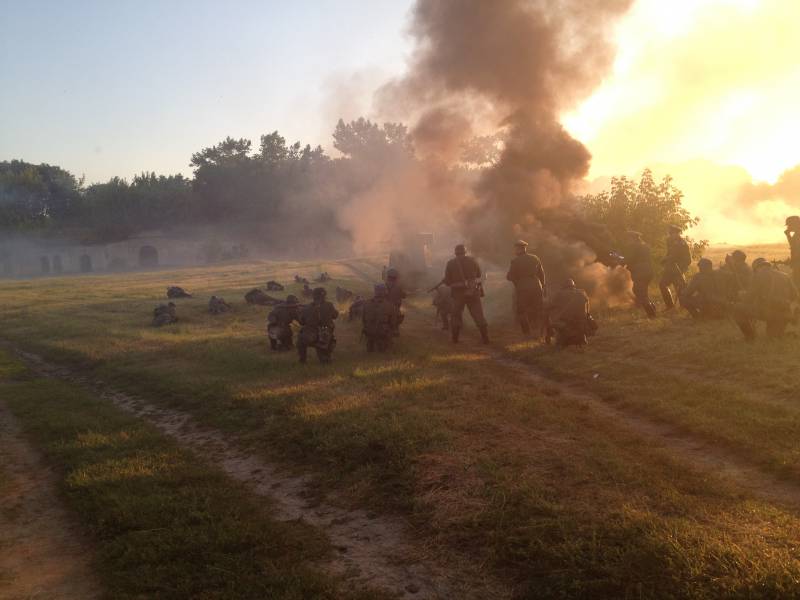 Another attack of the Germans

In the course of the reconstruction, blank cartridges, SHIRAS, IMs, smoke bombs were widely used. An-2 imitated the bombing. One of the participants was the guys from the St. Petersburg club of historical reconstruction.

What is most shocked? Everyone is aware of the historical fact when the defenders of the Brest Fortress, in an effort to alleviate the plight of the civilian population, the families of servicemen, the wounded, released them from the casemates, believing that the Germans were fighting only with the army. And when the “Germans” began to mock the “wounded” and “military families” and “shoot” them in the 15 steps from me, it seemed that I had “failed” in time.

Many have probably seen a four-part film called “Fortress”, which was shown on television in 2011 year. The story is told on behalf of Sasha Akimov, who at that time was a pupil of the musician platoon of the 333 Infantry Regiment. It turns out that the movie hero was created as a prototype of a real hero, who now lives at the age of 88 in Brest.

Once again, all 30 ths. Viewers had tears in their eyes. And if so, then nothing is lost. If people remember and sympathize - we are alive!