Media: the call of State Department employees to "bomb the Syrian army" is fraught with conflict with Moscow

24 2016 June
48
The idea of ​​the State Department staff about the start of a military operation against the Assad army is dangerous by military confrontation with Russia, the New York Times writes. 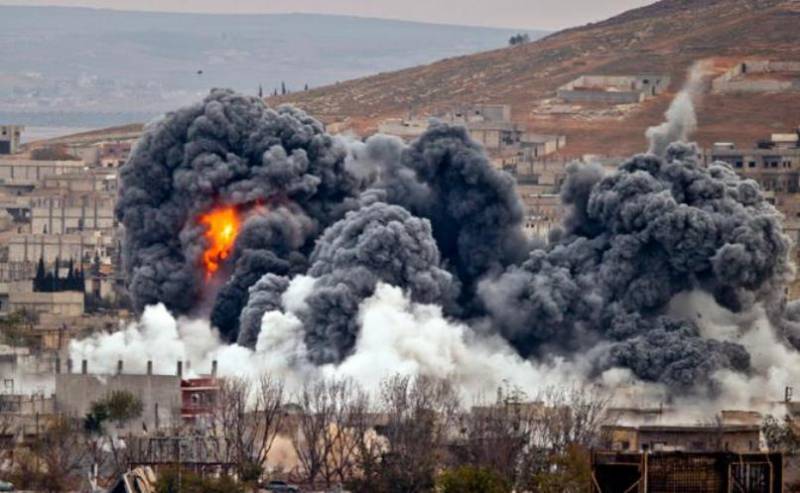 “A description of a crisis is not the same thing as forming a productive and rational alternative strategy. Diplomats were unable to base the idea of ​​America’s direct military intervention, which President Barack Obama and his advisers had already considered and wisely rejected. The administration believes that such an action can only lead to even more chaos ",
quotes an article TASS.

The newspaper notes that the authors of the message to the president "were quite cautious and offered to use only weapons such as cruise missiles."

“Such missiles will allow the Americans to remain beyond the reach of Syrian means of retaliation, they (diplomats) also rejected the idea of ​​a full-scale invasion of America,” the author continues.

And what happens if “limited long-range strikes” do not help? “No matter how verified this operation may be, will it inevitably drag America into yet another quagmire in the Middle East and, quite possibly, into military confrontation with Russia?”, The newspaper asks.

The publication also criticized the idea of ​​creating fly-free zones in Syria.

“These no-fly zones should be much larger and cover areas where there is a significant risk of confrontation between American, Russian and Syrian aircraft,” the author believes.

In addition, he recalls that the Americans do not have permission from the UN to conduct military operations in Syria. "Obama does not have a UN Security Council resolution and the sanction of the US Congress to justify military actions against the government of President Bashar al-Assad," the newspaper states.