David Cameron has announced his resignation 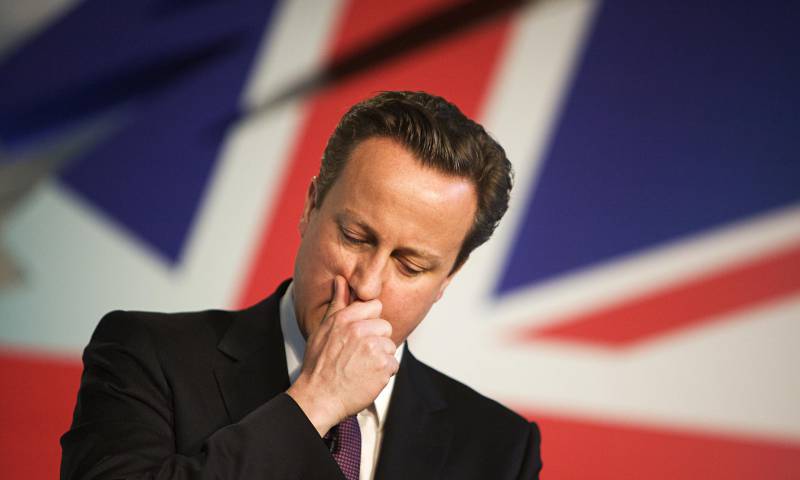 Prime Minister David Cameron announced his resignation after voting on the UK’s withdrawal from the EU.

Cameron explained that his decision was due to the fact that during the campaign before the referendum, he supported the proposal to remain in the European Union.

Recall that at the last referendum yesterday, citizens of Great Britain voted for the country's withdrawal from the European Union. This option was supported by 51,9% of voters.
Ctrl Enter
Noticed oshЫbku Highlight text and press. Ctrl + Enter
We are
Reports from the militia of New Russia for 7 September 2014 of the year
Military Reviewin Yandex News
Military Reviewin Google News
233 comments
Ad