The main strike complex was installed on Admiral Kasatonov. 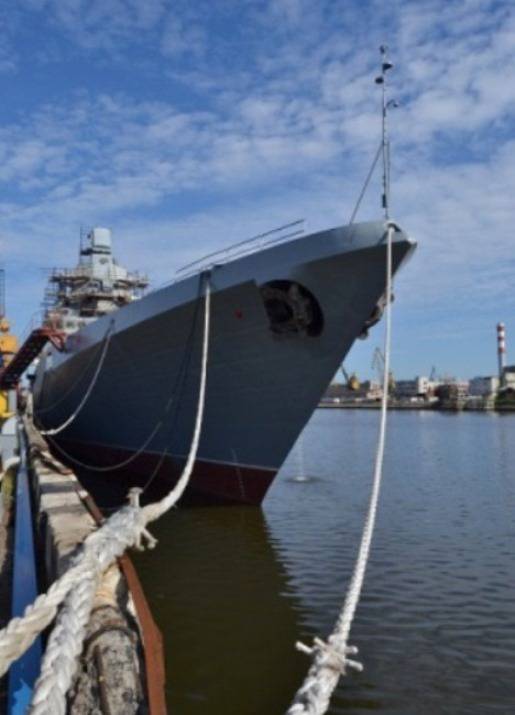 “The main works of the pre-construction period were completed on the order, electrical cables, electrical equipment and special equipment arrived at the plant, including the main strike complex, were installed. Builders complete the centering afloat main engines, gearboxes, gas turbines and shafting lines. Sewing and equipment of residential and office premises continue, ”the release says.

Enterprise Reference: “The 22350 project was developed by the Northern Design Bureau. The frigates of this project are ships of a long-half construction, with a solid superstructure. The physical fields of the frigates are minimized. Thanks to the original architecture of the superstructure (stealth), the effective dispersion surface is reduced, which lowers the radar and optical visibility of the ships. The frigates are designed to conduct combat operations in the ocean and sea areas against surface ships and submarines of the enemy, to repel attacks of air attack weapons, both independently and as part of a compound of ships. "

Ctrl Enter
Noticed oshЫbku Highlight text and press. Ctrl + Enter
We are
The action “Military service under the contract is your choice!” In Rostov-on-Don: future contract servicemen, exhibitions and “Russian Knights”"Admiral of the Fleet of the Soviet Union Gorshkov" of the 22350 project - transition from St. Petersburg to Kronstadt
Military Reviewin Yandex News
Military Reviewin Google News
55 comments
Ad