UK voted to leave the EU 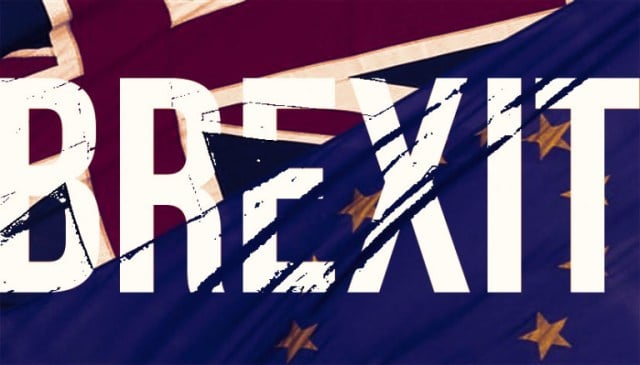 At the end of the referendum, the UK decided to withdraw from the European Union. 52 percent of voters voted for Brexit, against - 48 percent, the turnout was 1990 percent, which was a record from the beginning of 72's. 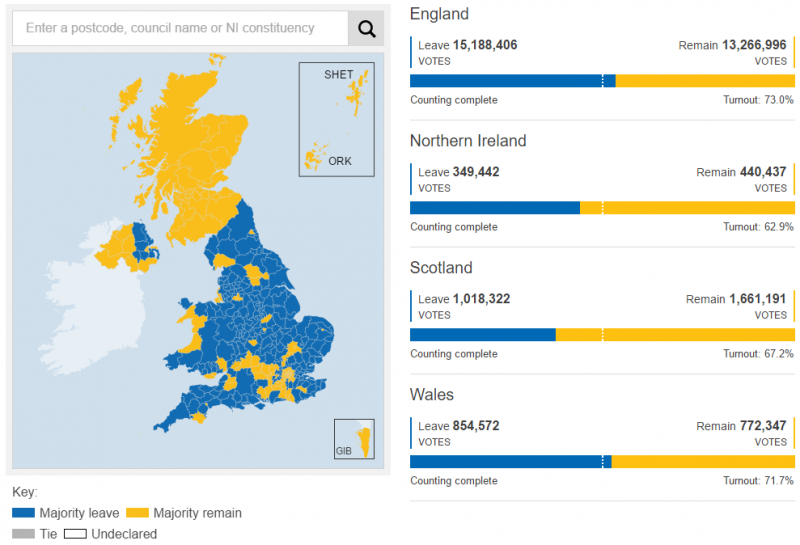 Yellow color indicates the regions where the majority of residents are in favor of maintaining EU membership, blue - for leaving the UK from the European Union.

England
The southern part of the country is geographically closer to the European mainland, yet its residents have voted to leave the EU. According to the Air Force, in England, 14,9 million inhabitants voted for independence, their opponents turned out to be 13,1 million.

According to the results of the counting of ballots in the constituencies of London, the commitment of the residents of the capital to the idea of ​​independence of Great Britain was confirmed. The majority of voters in English Manchester opposed the UK leaving the EU, reports TASS

Wales
In accordance with the final vote count, British citizens living in Ulsa would prefer to leave the EU.

All in all, 854,6, thousands of Wales voters, spoke out for breaking off relations with Brussels, and 772,3, thousands, for retaining membership, said on the BBC official website.

Scotland
Most of the Scots did not support the idea of ​​leaving the European Union. According to the latest data, 66,6% of votes in Glasgow and 74,4% in Edinburgh were given to preserve the unity of Britain and the EU, reports RIA News. According to the BBC, 1 million people in the region voted to withdraw from the union, 1,6 million - against.

The first minister of Scotland, Nicola Sturgeon, said that the results express the opinion of the people. “The referendum made it clear that the people of Scotland see their future in the EU,” she said.

Earlier, Sturgeon warned that in the case of Brexit, the Scottish National Party would seek a new referendum on the independence of the region.

Northern Ireland
440,4 thousand voters in this region of the UK supported maintaining the status quo in relations with Brussels, and 349 thousand thought that the UK would be better outside the EU, reports BBC.

Ctrl Enter
Noticed oshЫbku Highlight text and press. Ctrl + Enter
We are
The situation in the south-east of Ukraine. Chronicle of events 11 MayLatvian referendum. The majority of citizens are against Russian as the second state language.
Military Reviewin Yandex News
Military Reviewin Google News
287 comments
Information
Dear reader, to leave comments on the publication, you must sign in.