Do not eat, so pokadkusyvayem ...

24 2016 June
59
Compared to 2014, when there was a question about bringing Russian troops into Ukraine to protect the Russian-speaking population and the “big war” in Europe from Bandera, the situation calmed down a bit. Although the neo-Nazi regime continues to be forged in the Bandera torture chambers, as evidenced by those who escaped from them. 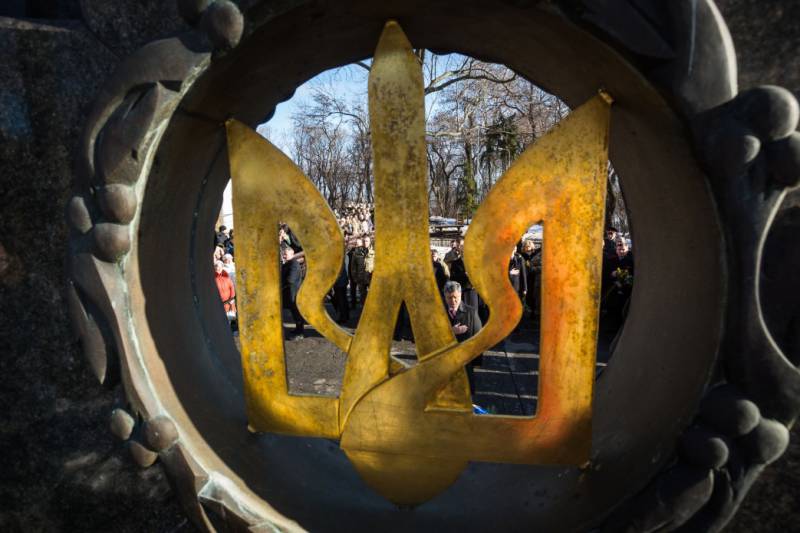 The Minsk process, the political part of it, was supposed to return the situation in Ukraine to “Ukraine Yanukovich without Yanukovich”, when the country was a “multi-vector” bridge between Russia and the European Union. This basic “Plan A” by the Bandera regime was formally frozen under the pretext of shelling in the Donbass, and it was de facto frustrated: Bandera and the Washington overseer were not organized for a state revolution.

Therefore, today Plan B is on the agenda, that is, the division of Ukraine into Bandera’s western and Russian eastern parts. It is not clear how the border will eventually pass between them and what will happen to Kiev, the mother of Russian cities, but the Minsk process has gone in that direction.

The latest agreement of the “Norman Four” on elections in the Donbas in the first half of 2016 was frustrated. Therefore, the Novorossiysk republics will fulfill the Minsk agreements alone due to Bandera’s not fulfilling its obligations and will hold the elections themselves. But what will happen next?

In response to the disruption of the Minsk process and the inaction of its Western guarantors, Russia can recognize the Novorossiysk republics. Bandera can resume the war in the Donbas, and stop the transit of Russian gas to Europe, perhaps that's all. In the event of such an escalation, Russia may release its “black swans”, which Paul Craig Roberts has long been talking about: impose full energy sanctions against the West, putting the blame on the West for the resumption of the war in the Donbas.

Thus, the main issue is the elections in the Donbas, which are planned to be held this fall. After the “summer elections” by the West and Bandera, Moscow and Donbass will untie their hands in the autumn.

In favor of this scenario, says that President Putin refused to meet with the "Norman Four" "for show", despite the fact that the proposal came from Paris from Hollande. And for the first time, Putin, at the St. Petersburg forum, directly accused the United States of being “deceiving Russia” of actually appointing their missile defense system, and in general they are “disregard.” This is serious…

Defense Minister Shoigu visited Syria, and the chief of the Russian General Staff, Gerasimov, said that Russia's patience in Syria was running out. Gazprom refused to negotiate with Kiev, even with the mediation of Europe: the threat of a Bandera blockade of Crimea no longer weighs on Russia. If we sum up all these signals, the conclusion is clear: Russia is changing its policy in Ukraine, and in relation to the West.

And Washington understands this: Victoria Nuland urgently flies to Moscow, since the “Norman format” flew off the coils, and, we note, not Sergey Lavrov - to Washington. Why?

If Russia was ready to fight in 2014, she considered the introduction of troops to Ukraine, then in 2016, she was even more ready. Especially since the United States has already installed a missile defense base in Romania, and are preparing to deliver in Poland. This is a direct military threat to Russia, as Putin said in the State Duma 22 of June this year, the anniversary of Hitler’s attack on the USSR-Russia. This is not a coincidence ...

It is not by chance that the economic sanctions against Russia are complemented by sports sanctions, then some cultural ones will follow, up to the announcement of Russia as the “Evil Empire”, which is no longer ruled out by our director and cultural scientist Karen Shakhnazarov.

And at this time, Bandera continues to bite the Donbass, which can not eat, and in general the entire South-East of Ukraine. It fires, cleans, filters, instills fear and horror, has already reached secret prisons (the OSCE could not stand it, and revealed this secret of Kiev and Washington), and lies on all airs about honor and dignity.

How much can you endure all this? Indeed, it is time for Russia to change its strategy. The bet that Europe will "see the light" is no longer working, it is suppressed by Russophobia, demagogy and anti-Russian propaganda.

US presidential candidate Donald Trump says it’s time to say out loud about radical Islamic terrorism. But maybe it is time for us to say out loud about Bandera neo-Nazism and about its American and European accomplices? About the American neocon-neo-Trotsky total “empire of lies”, which creates Bandera neo-Nazism on the borders of Russia according to the patterns of Nazi Nazism. History Twentieth century threatens to happen again in the XXI ...

Ctrl Enter
Noticed oshЫbku Highlight text and press. Ctrl + Enter
We are
9 May in the center of Chisinau will host an exhibition of military equipment of NATOPolish claims to Ukraine. Will Warsaw decide to “bite off” Galicia?
Military Reviewin Yandex News
Military Reviewin Google News
59 comments
Information
Dear reader, to leave comments on the publication, you must sign in.