How Hitler made Russia a superpower 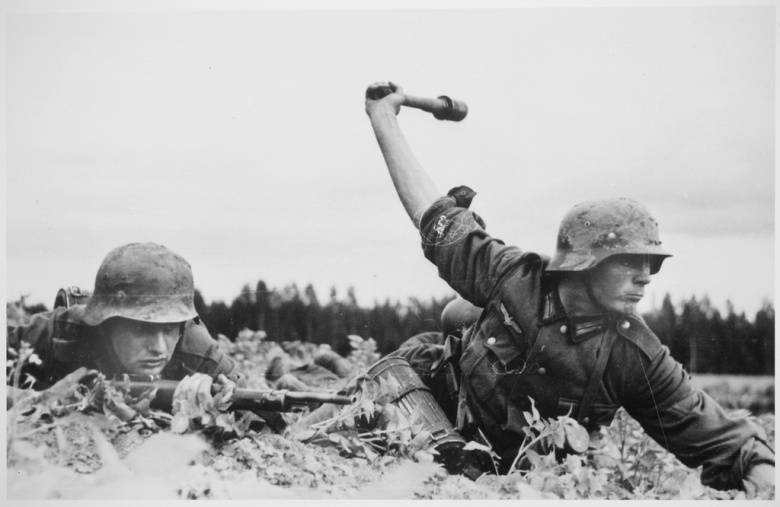 After the death of more than 20 millions of soldiers and civilians during the Second World War, Russia can hardly thank Hitler for something.

But on the eve of 22 June, on the occasion of the seventy-fifth anniversary of the operation of Barbarossa on the invasion of the fascists in the Soviet Union, it is time to recall one of the greatest paradoxes stories. Hitler was obsessed with turning Russia into a vast German colony, and the Russian people into slaves. Instead, half of Germany was occupied by the Red Army, making its citizens part of the Russian empire. When 22 in the morning of June 1941, the 4 of a million German soldiers crossed the border of Russia, they dreamed of seeing the Kremlin domes. Instead, they initiated a chain of consequences that still shape the world today.

To assert that Russia before Hitler was not a great power would be foolish. Possessing vast territories, resources and people, Russia was a heavyweight at least from the 17 century, a giant strong enough to crush Napoleon’s army (who also believed that Russia would be easy prey). Nevertheless, now, three quarters of a century later, it is difficult to understand how much global balance differs from the one at that time.

In the early 1930s, the United States had a smaller army than Romania. Britain then owned a quarter of the earth's surface, and possessed the most powerful fleet. France, which today is the subject of jokes like "I am French, I surrender," then had the most powerful ground army in Western Europe. Germany, whose army is barely functioning today, terrified its neighbors since 1870.

And there was Russia, the mysterious communist giant, overcome by Stalinist purges, a colossus with feet of clay that could barely cope with little Finland in 1939-1940. Not only Hitler and his generals believed that Russia would collapse like a house of cards; even British and American experts did not expect Moscow to outlast German blitzkrieg. However, by 1945, Britain was ruined, France was devastated, and the Germans watched the Russians roll across their land Tanks. As a bloodied but victorious boxer, Russia remained on its feet and was one of only two superpowers for over 40 years.

What would today's Russia be if the Second World War never existed? What if Hitler would have remained an unlucky painter in Vienna, or had died in an explosion in a Munich pub?

Without Hitler who started the war, the Soviet Union would never have seized its European empire. Britain and France were so anti-Communist that they almost bombed the oil spawn of Russia when Stalin signed the pact with Hitler and thought of sending troops to support Finland. They would not remain indifferent if the Soviet Union entered Germany (which could really happen if the Soviets defeated Poland in the Russian-Polish war of the 1920 of the year).

A significant part of the German troops in Operation Barbarossa consisted of the Allied forces, who foolishly joined the Hitler “crusade against Bolshevism,” including Romania, Hungary, Bulgaria and Finland (the idea of ​​Italian soldiers eating macaroni in the snow of Stalingrad surreal). The conquest of Romania, Hungary and Bulgaria allowed the Red Army bayonets to establish communist regimes in these countries, as well as the liberation (yes, it was liberation from the horrors of the fascist rule) of Poland and Czechoslovakia. In other words, if there had been no Hitler, there would have been no Warsaw Pact.

The borders of Russia today would also look different. Hitler and Stalin divided Poland in 1939, and after the war, the Soviet Union annexed most of Polish territory, which it seized in 1939, that Poland was “compensated” by German territory. These lands would never change their masters, if there was no war, while East Prussia today would be part of Germany, not Russia.

Indeed, Operation Barbarossa devastated the industry and natural resources of Russia and Ukraine, which was only partially compensated by the land-lease and post-war plunder by the Soviets of Germany. Stalin’s ruthless push towards industrialization turned Russia from a peasant tsarist state into a powerful industrial power capable of creating weapon to defeat Hitler. Even with all the economic contradictions of communism, it would be interesting to see what the Soviet economy would be compared to others, if not for the war.

However, there were not many others. With the exception of the United States, Hitler's madness eliminated competitors for the USSR. In 1939, the world was multipolar, when many countries were fighting for power. By 1945, there were only two superpowers: America and the Soviet Union. Other applicants were defeated, occupied or exhausted.

And this is the greatest legacy that Hitler left to Russia. Russia under Putin has only a shadow of military power and the global influence of the Soviet Union. But comparing the military power and influence of today's Britain, France and Germany with what they had in 1939, Russia seems to be in quite good shape. Moscow can support the expeditionary forces in Syria for months: NATO has barely been able to gather enough resources to dump such a five-bit country as Libya under Gaddafi on 2011.

Hitler left a power vacuum in Europe that Russia filled. Whether 20 was worth millions of lives was another question.

Ctrl Enter
Noticed oshЫbku Highlight text and press. Ctrl + Enter
We are
Situational analysis of the death of the MH17 flight (Malaysian Boeing 777), made on the basis of engineering analysis from 15.08.2014Results of the week. “When a lot of people look stupid, it starts to look normal.”
Military Reviewin Yandex News
Military Reviewin Google News
165 comments
Information
Dear reader, to leave comments on the publication, you must sign in.