Russians and Ukrainians: will we become brothers again 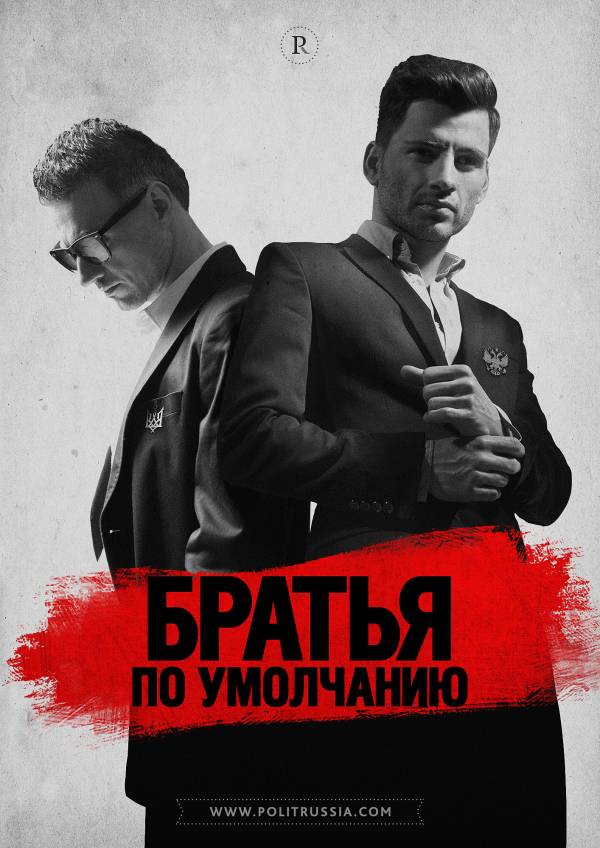 Relations between the fraternal Ukrainian and Russian peoples continue to heat up, and the Kiev politicians are doing everything possible so that the enmity between us only intensifies. The President of Ukraine endlessly speaks of the “Kremlin aggression” and the fact that Russia is incompatible with the “European choice.” And although I refuse to believe that the famous poems of the Ukrainian poetess turned out to be prophetic, I am still tormented by the questions: will we become brothers again? Will we forgive the indiscriminate accusations of aggression, the extermination of everything Russian, the worship of the fascists and their modern followers? Or should we forget the centuries-old friendship and everything that connected us with our neighbors?

There are really noticeable differences between the two countries in the end. Ukrainians consider themselves Europeans, but deprive people of their right to freedom of speech. It is in “totalitarian Moscow” foreign agents and simply ideological enemies speak freely on television, and in Ukraine any word against the current government is fraught with consequences. I want to remind you that all dissenters are, at best, imprisoned as journalist Ruslan Kotsab, at worst they are burned in the House of Trade Unions in Odessa.

What can we talk about when a person who tried to reconcile the Russians and Ukrainians was shot? And it does not matter who is behind the murder of the writer Oles Buziny: power or a patriot fanatic.

Therefore, the main thing to understand is that the Ukrainian political class does not want peace with Russia. And even if we again solve their economic problems, return the duty-free trade zone and the gas discount, miraculously correct all the mistakes made by the Kiev authorities in recent years - they will still hate us.

Put the question differently. Where does this hate come from? Why did they betray us during the war of Peter and the Swedes, when a year before the battle of Poltava Mazepa went over to Karl with three thousand Cossacks?

For what reason, the Ukrainians went over to the side of Hitler during the Second World War?

And finally, why are they doing this to us today?

Of course, not all the people of Ukraine are enemies who want our country to collapse. If desired, they can be divided into three groups: the erring, the loyal, and the “mazepas.”

With the first, everything is clear: the near victims of aggressive propaganda, believing what the media impose. And even those who proudly declare: "I do not watch TV," - may be among them. For example, because the brainwashing in the network is conducted even more actively than by the “zomboyaschiku”. Thousands of fake profiles, pseudo-independent, like Ukraine itself, groups and pages are inspired by the same as official Kiev, only more intelligible: a meme about “fried Colorado” just from there.

Such people are distinguished by the almost complete absence of critical thinking and a low educational level; these are children of new Ukraine with its degraded economy and culture.

However, the lost ones are not the most dangerous kind. Their minds are childishly plastic, and they can change their views - true, only if the power of “Square” changes, or (unlikely) official rhetoric.

The other type is loyal. These are “our people”, no matter how long they live within Ukraine and no matter how thoroughly they rinse their brains. They preserve the common Russian identity, regardless of nationality or denomination. Most of them studied in Soviet schools and universities (the Donbas uprising is not without reason called the “revolution of forty”). True, due to natural causes, this layer shrinks every year.

The third type - "Mazepa", the eternal traitors. Although is it possible to call traitors those who never swore allegiance to us? Most often they come from western regions (for some reason, however, preferring to move from their native Lviv to Kiev or Kharkov). Intellectually savvy among them, too little. They think they know history (Of course, in his, "correct" version). They say “move” or surzhik, although, when necessary, they also recall the language of Pushkin, reading with pleasure in our liberal blogs and media essays about the horrors of the “bloody regime” and pouring mud at Russia in comments.

Their ideal leader is a nationalist, Russophobe, preferably with an unstable psyche and sadistic inclinations. It is useless to talk with them, persuade, talk about brotherly love and the common past of two nations.

Useless! Hatred of "Muscovites" in their blood.

Recently, however, there appears another, fourth type — the awakened ones. These are not taken by Kiev propaganda, since the crisis has already turned them around. They never had a special love for Moscow during the Maidan, when the crowd in the squares looked more like a fun festival, waved flags, chanted “Glory to Ukraine!” And sincerely dreamed of a better life.

After more than two years, they woke up, and their bills for electricity, gas and other attributes of the “European choice” brought them to their senses. Among my friends there are such characters. They no longer talk about politics, but prefer not to admit that they were wrong. Just quietly reap the benefits of their own naivety.

With the awakened dialogue is possible. It is possible that in the future they will join the ranks of the loyal. With “Mazepa”, as I said, there is no chance.

The analogy with weight loss is relevant here. There is such a term in weight loss - "plateau effect", when, despite the diet and exercise, the weight stops to decline. This happens because first of all the kilograms we have acquired over the past few years are leaving, and the fat deposits earned long ago remain. In other words - the hatred of Ukrainians, acquired over the past two years, will pass.

With centuries of anger, as in the case of "Mazepa", everything is much more complicated. Maybe in the matter of losing weight, I am not an expert (here I need to turn to Savchenko for advice), but I know one thing for sure - we have not ceased to be brothers. There are many bright pages in our common history, and when you are doubted whether the friendship of our peoples will revive again, remember that in the Battle of Poltava there was not only antihero Mazepa, but also Hetman Ivan Skoropadsky with his Cossack battalion and thousands of ordinary Little Russians who fought for Russia's future.

Remember the Ukrainian participants in the Great Patriotic War: three times Hero of the Soviet Union - Ivan Nikitovich Kozhedub, who shot down 64 fascist aircraft. Or Mikhail Iosifovich Ocheret, who threw himself under the tracks of an enemy tank in a victorious battle on the outskirts of Berlin.

Thousands of Ukrainians fought side by side with the Russians and sacrificed their lives for our future. We must remember about such Ukrainians. And for those for whom the heroes are executioners and traitors, we should not waste time, because we have never been and will not be brothers with them.