"Leningrad Symphony" in Donetsk: here they will not forget about the war 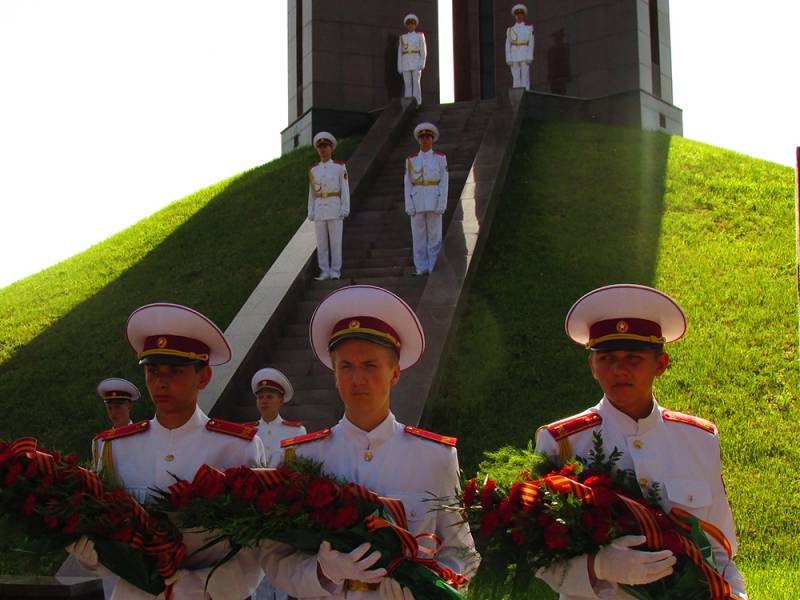 The solemn sounds of the Symphony No.7 (“Leningradskaya”) of Dmitry Shostakovich floated in the hall of the Donetsk Republican Opera and Ballet Theater. On the screen - shots of the blockade of Leningrad were replaced by photos of Soviet soldiers-winners. Hundreds of Donetsk residents held their breath. Now they are also residents of the city where war came two years ago ...

The Day of Memory and Grief - June 22 - could not leave anyone indifferent here. Veterans of the Great Patriotic War are still alive. In the Donetsk People's Republic there are a lot of those who were called “children of war” in Soviet times. But now these words refer not only to the representatives of the older generation, but also to the children, starting with the diapers. There is not a single child in Donetsk who would not hear volleys and would not ask elders: “What is this? Isn't that scary? ”And many of these kids themselves were sitting in basements.

Starting in the morning, people went to the monuments associated with the Great Patriotic War. They walked, despite the sweltering heat, carried flowers. 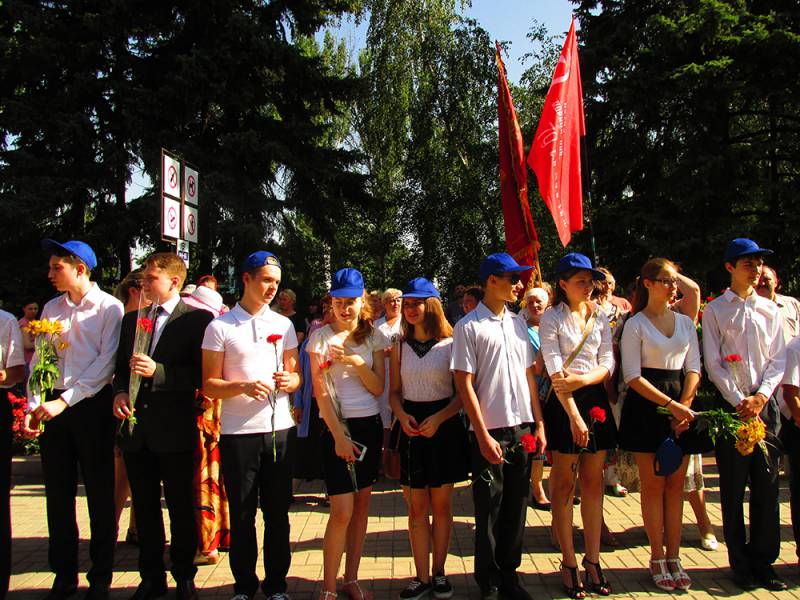 In the Park of Slavic culture and writing in the Leninsky district of Donetsk is a memorial to the victims of fascism. If you climb the high stairs, you will approach the Eternal Flame. In the fatal forties not far from this place there was a concentration camp, where the fascists kept prisoners. At the site of the now flourishing park, those who could not withstand the most severe conditions of detention or were shot were buried. 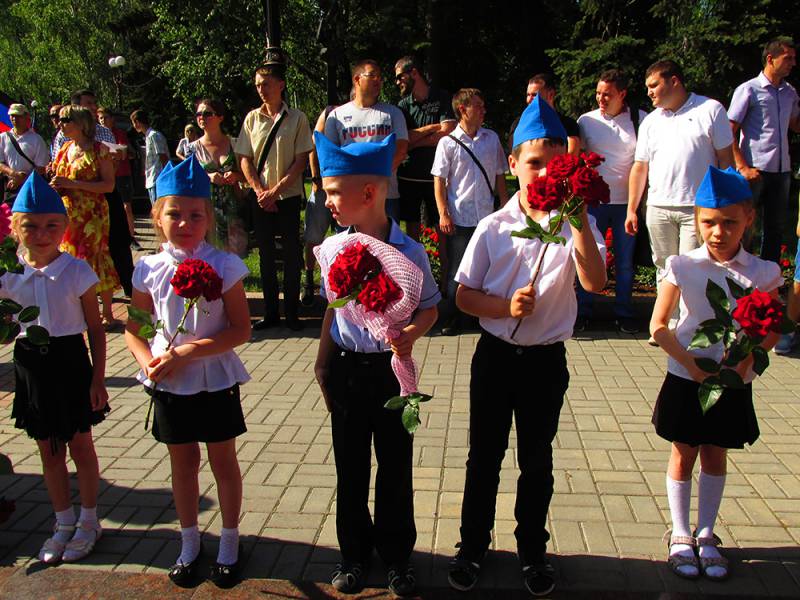 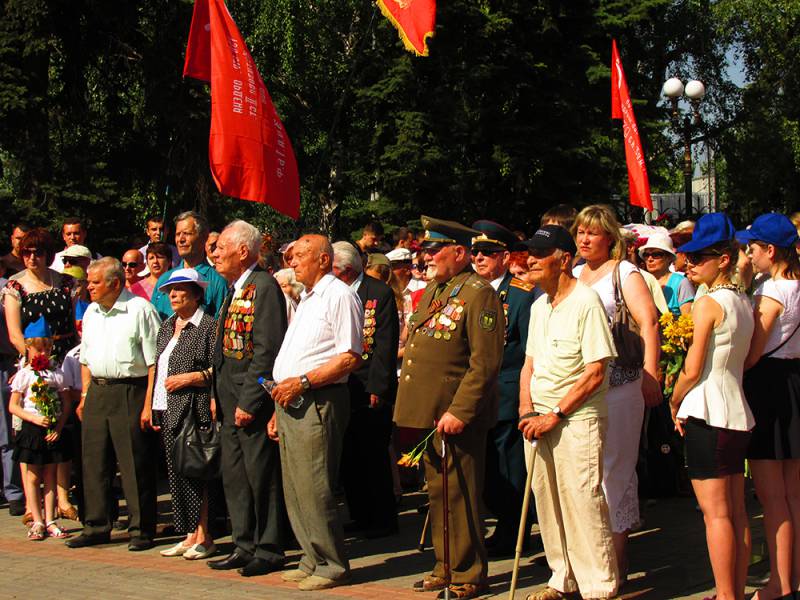 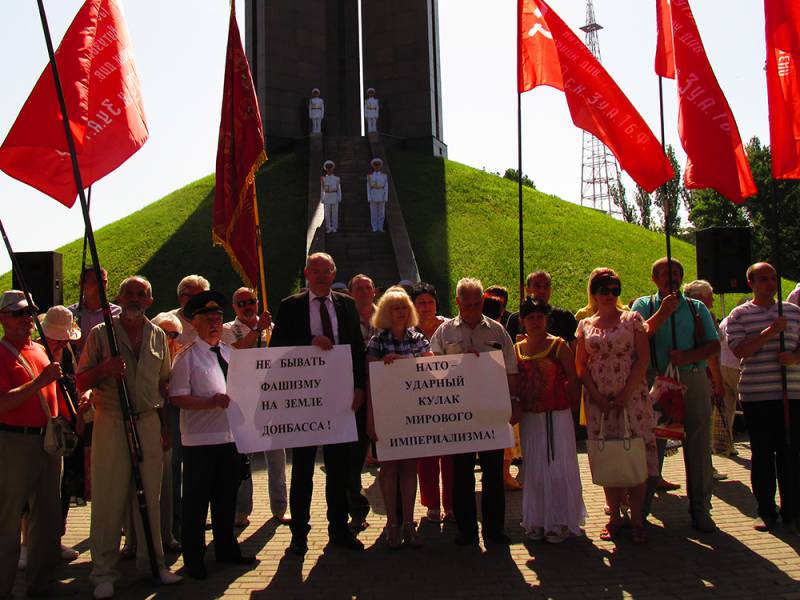 Veterans, schoolchildren, deputies of the People’s Council of the DPR — all bowed their heads in memory of those who did not return from the fronts of a distant war. “We stood both at the front and in the rear .. And now, when Ukraine is rewriting its historywhen Bandera and Shukhevych, who shot Soviet soldiers in the back and killed Russian people, are called heroes, I believe that we will stand in this war, win and prove to the Nazi junta that the Russian world is invincible, ”said deputy Marina Zheynova . Granite slabs with the names of the fallen were covered with flowers.

Another action of memory took place near the memorial to soldiers of the Soviet Army who fell in battles for the liberation of Rutchenkovo ​​(Kirovsky district of Donetsk). It was from here, on the part of Rutchenkovo, that Soviet troops entered Stalino (now Donetsk) in the 1943 year, freeing the city from the Nazi occupation. In the same area there was a strong anti-fascist underground organization. Five young residents of the district — Zinaida Polonchuk, Klavdiya Baranchikova, Aleksandra Vasilyeva, Maria Noskova, and Kapitolina Kostrykina — helped Soviet prisoners of war. They managed to get the 240 fighters out of bondage. However, 15 January 1942, these girls were martyred at the hands of Hitler's executioners. 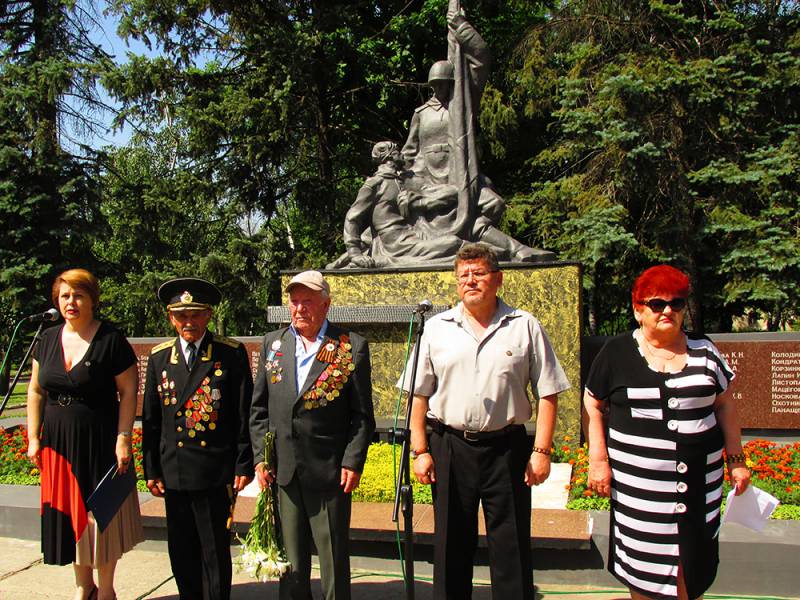 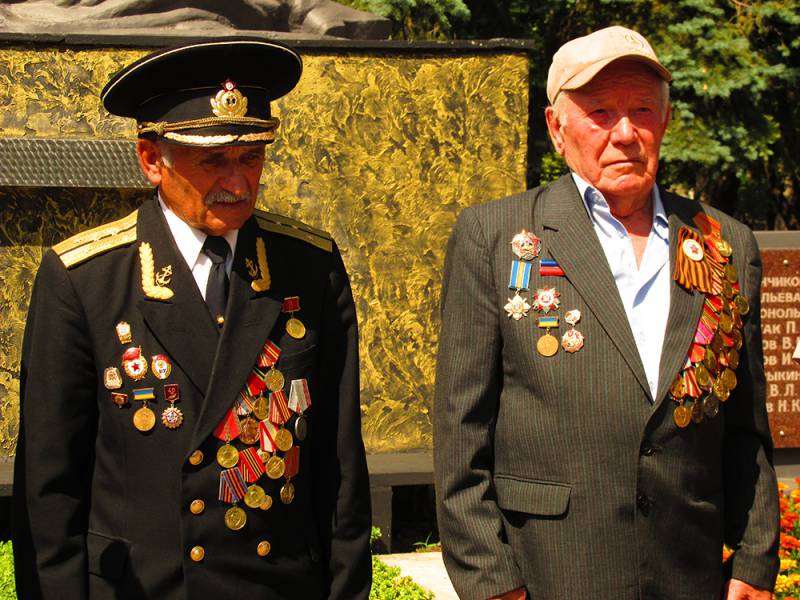 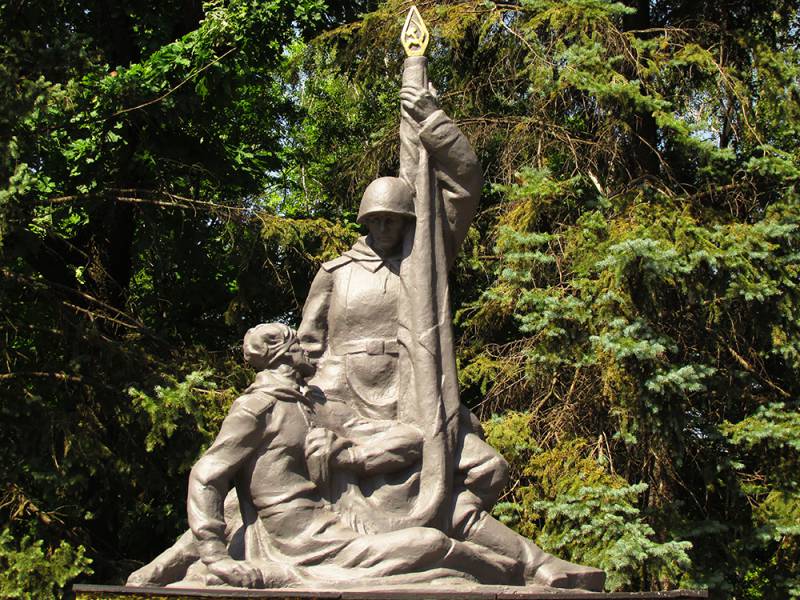 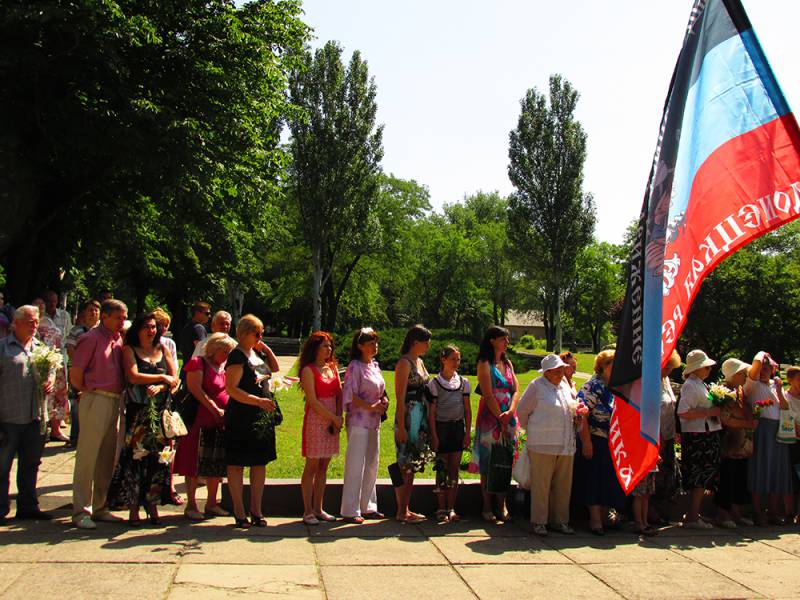 To the memorial in Rutchenkovo ​​the Donetsk residents also brought flowers. War veteran Vladimir Varguzin addressed the crowd: “Today is exactly 75 years from the day the war started - cruel, bloody, greedy. Soviet soldiers fought bravely on all fronts and won. Today, a new enemy threatens our land, peaceful people, but we have the Armed Forces, ready to fight back the fascist junta. ” 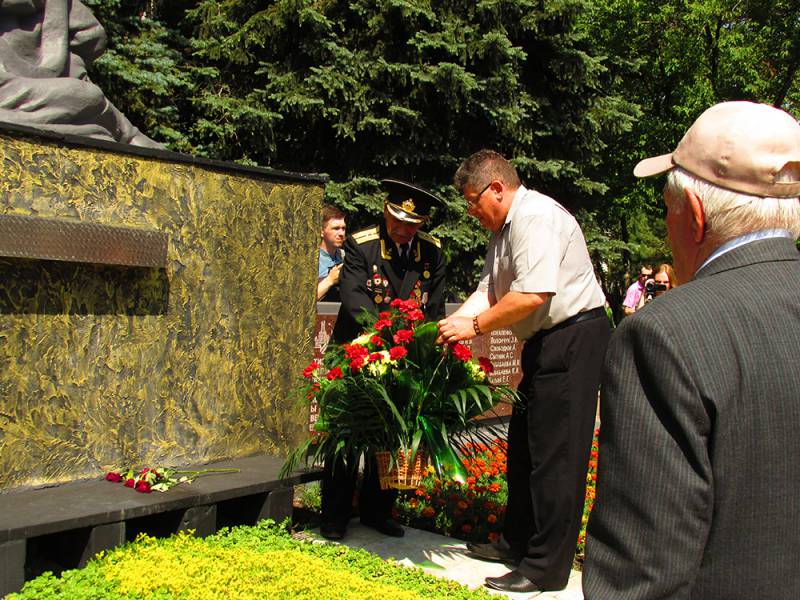 In the evening, a requiem concert was held at the Opera and Ballet Theater named after Solovyanenko. The head of the parliament of the Donetsk People's Republic, Denis Pushilin, stressed that the victory came at a high price, but the grandfathers and great-grandfathers managed to break the backbone of fascism. 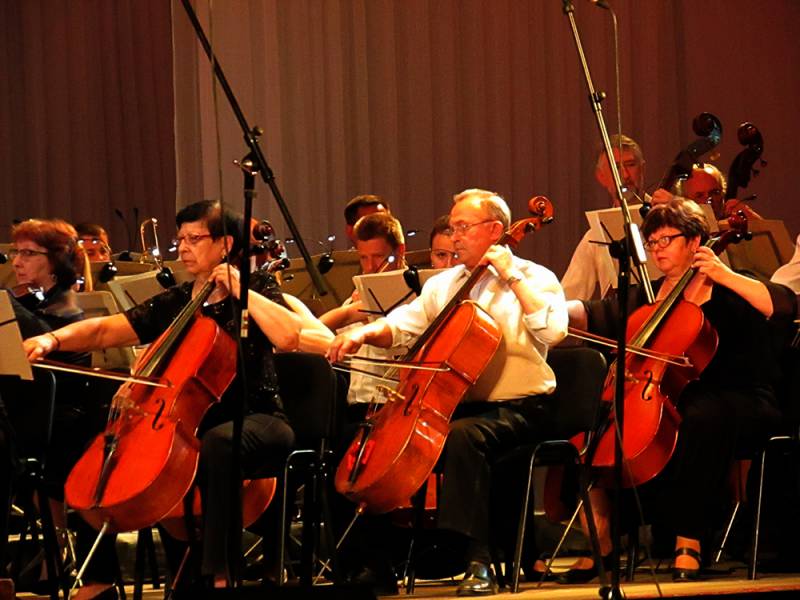 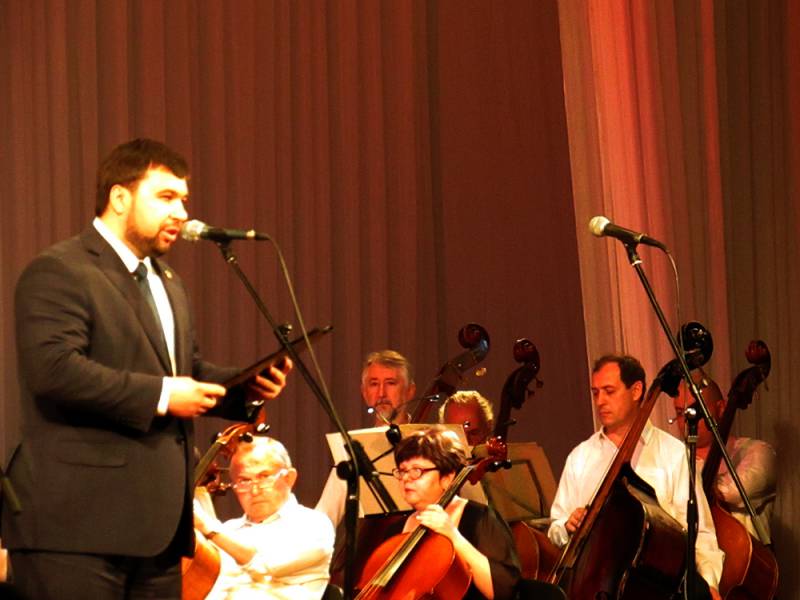 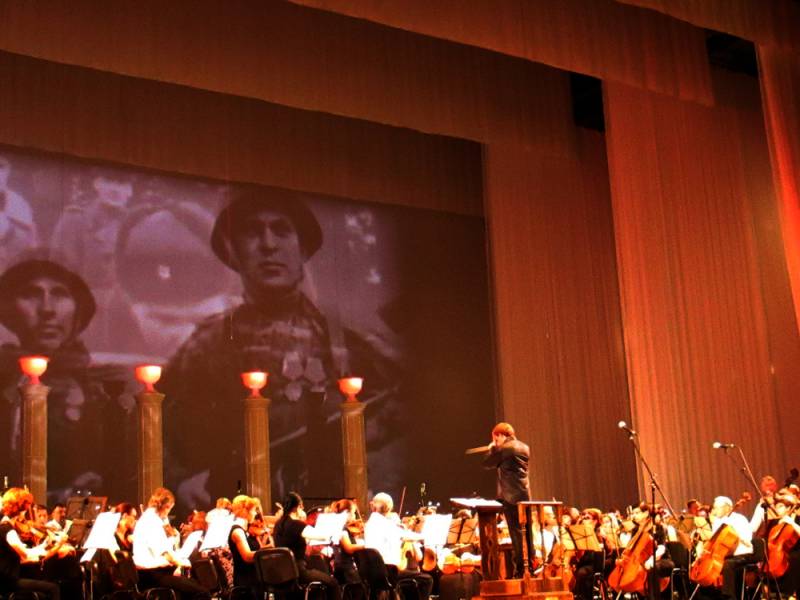 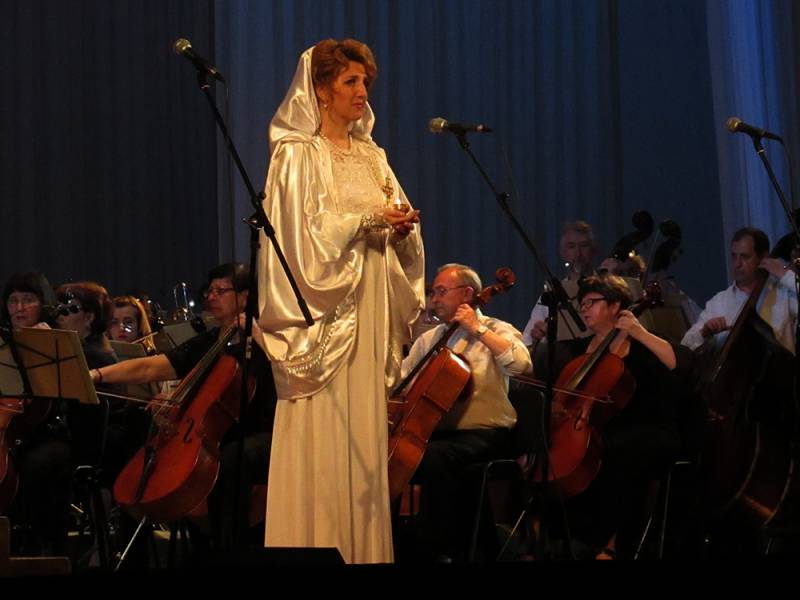 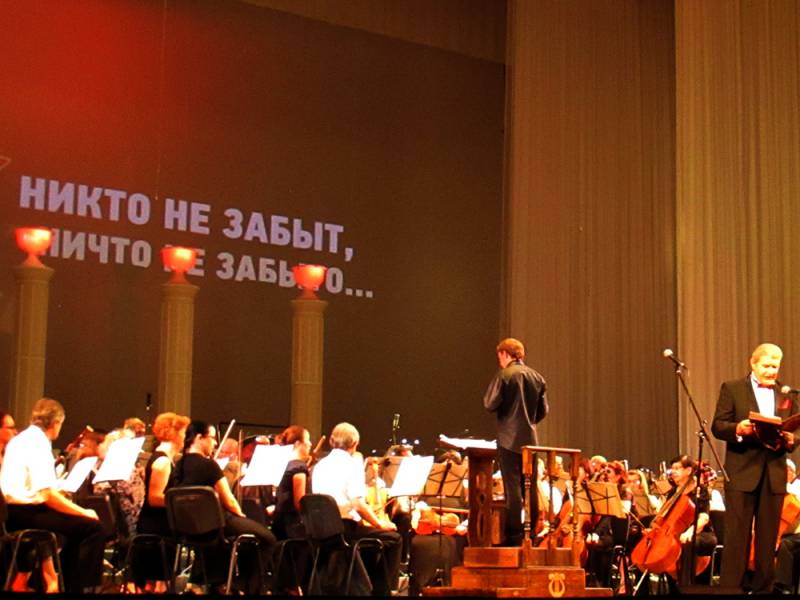 At the concert, classical works were performed by the symphony orchestra of the Donetsk State Academic Philharmonic. With bated breath, everyone listened to Tchaikovsky's Pathetic Symphony, Shostakovich's Leningrad Symphony, Lacrimoz from the Mozart's Requiem, and Ave Maria. At the end of the concert, the hall stood up to the sounds of the “Buchenwald Nabat”.

Another action in memory of those killed in the Great Patriotic War took place in the evening on the bank of the Kalmius River. After a small concert of poets and bards, its participants launched a small raft with the words “22 June 1941” and paper boats. A candle was lit inside each of the ships. 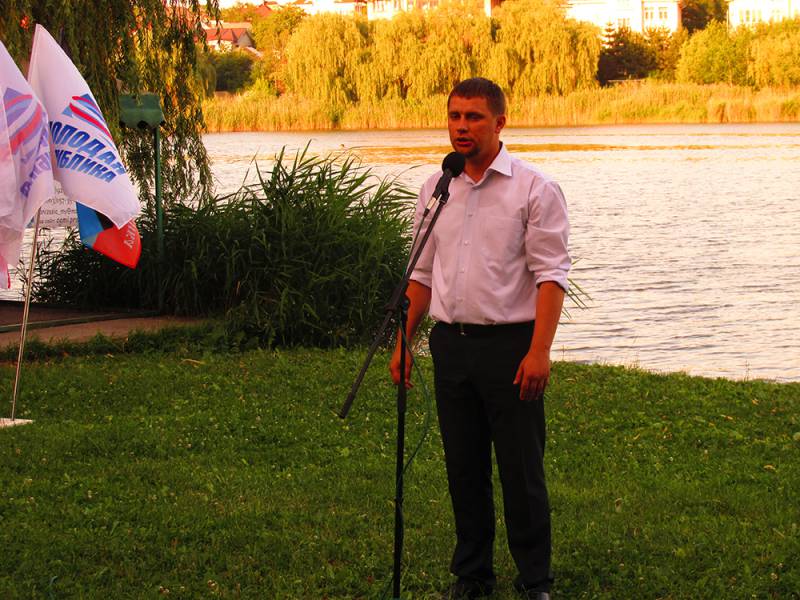 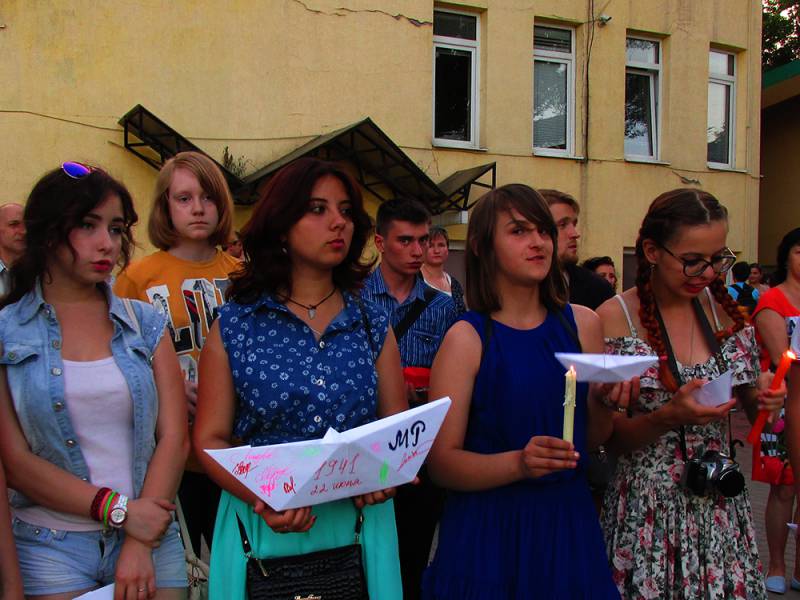 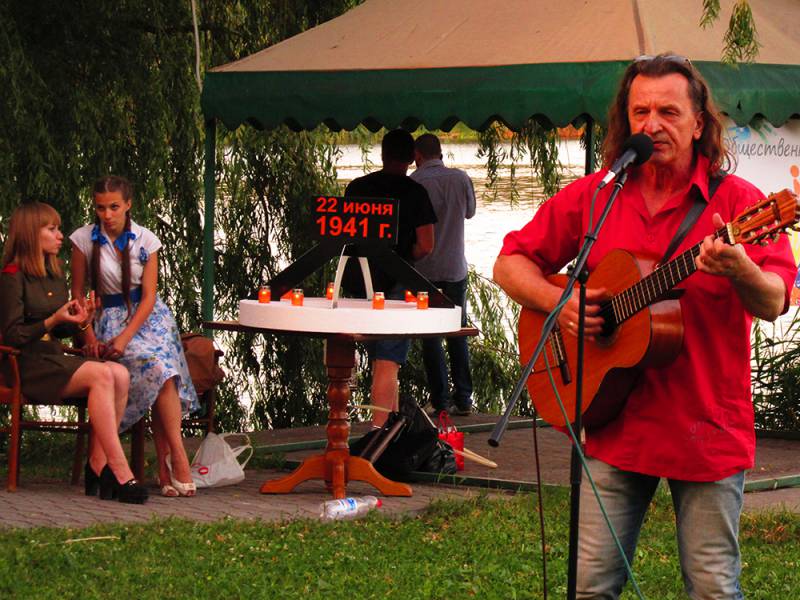 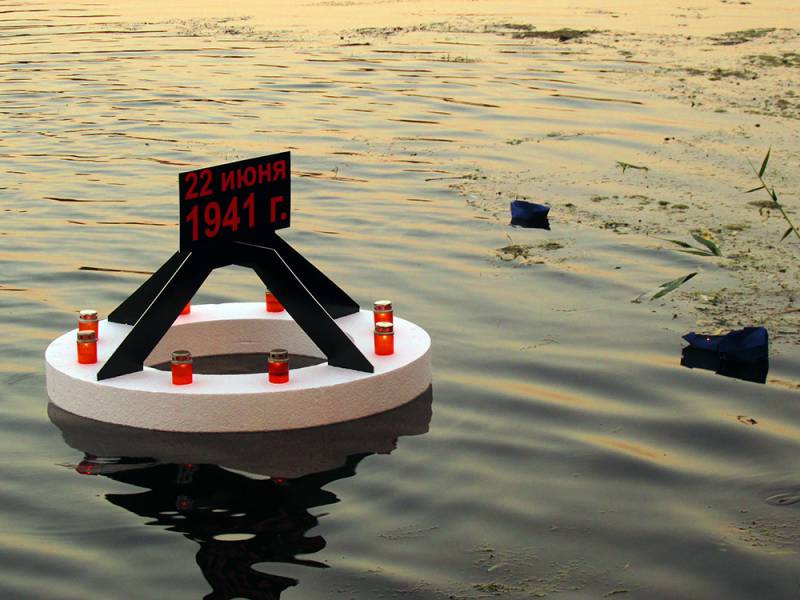 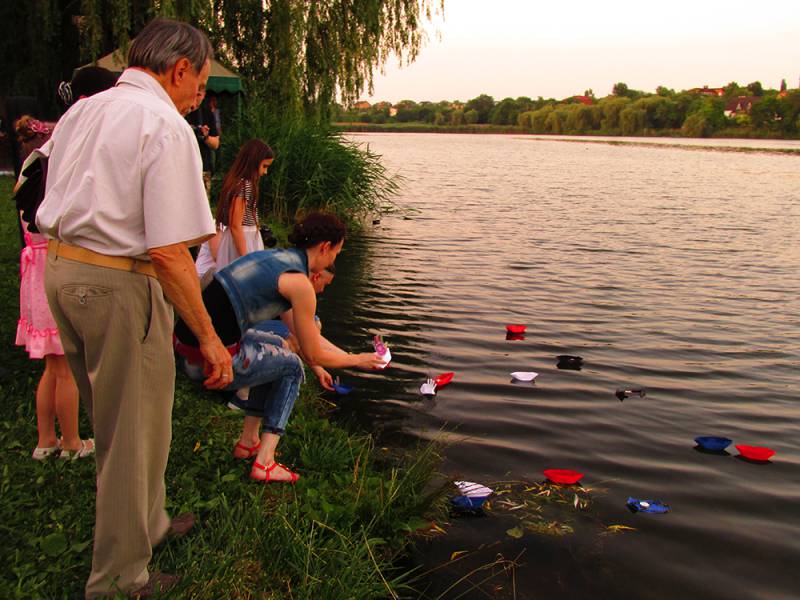 However, they remembered not only those whose lives were claimed by the war. In addition to the black, red and blue ships - under the colors of the flag of the Republic - there were white on the water. They were let in memory of the children who died recently in Karelia. Because the pain of Russia is the pain of Donbass, which feels itself to be an integral part of the Russian world.

... 1418 days and nights continued the Great Patriotic. For almost 700 days, Donetsk was under fascist occupation. How many days and nights last Donbass war will last - nobody knows yet.

Ctrl Enter
Noticed oshЫbku Highlight text and press. Ctrl + Enter
We are
The Second Breath of the Black KnivesStrangulation: the context, conduct and consequences of the American naval blockade of China
Military Reviewin Yandex News
Military Reviewin Google News
10 comments
Information
Dear reader, to leave comments on the publication, you must sign in.