23 2016 June
78
Last week, the leadership of the Zaporozhye nuclear power plant (Ukraine) cheerfully reported that the station began loading cassettes with fuel elements of American production. We are talking about the fuel rods of the company Westinghouse, with which the Ukrainian energy sector entered into a partnership agreement.


15 June US Deputy Secretary of Energy Edward McGinnis arrived at the Zaporizhia NPP on a working visit. He met with the president of the Ukrainian company Energoatom, Yury Nedashkovsky, and the general director of the nuclear power plant, Vyacheslav Tishchenko. The main topic of the meeting was connected precisely with plans to introduce American nuclear fuel at the Zaporizhia NPP reactors. 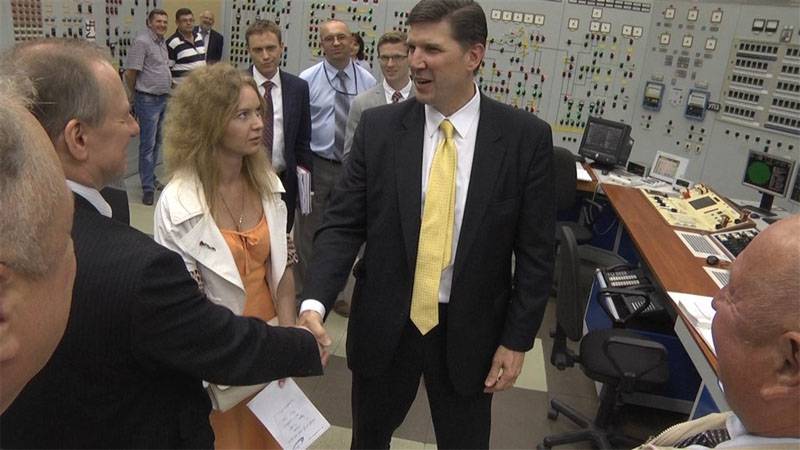 From McGinnis statement:
The main purpose of my visit is to demonstrate the strengthening of partnership with the government and the people of Ukraine. In addition, my visit coincided with a very important event - the loading of fresh fuel of the second, alternative, supplier of nuclear fuel for Ukraine. This is an important step in improving the energy security of the state.

“Enhancing the security of the state” when replacing proven Russian-made fuel elements with unsuitable for a number of characteristics American production rods — strongly! ..

The press service of the power plant and the press secretary of the entire Ministry of Energy of Ukraine threw caps into the air, talking about how the Ukrainian people will now heal. The main emphasis is placed on the fact that, he says, buying fuel from Russia is “Zrada”, and therefore it is necessary to focus on the procurement of fuel cells from American partners.

From the message press service of ZNPP:
For the first time in stories operation of the Zaporizhzhya NPP at the station will use fresh (the Ukrainian side insists on using this particular term. Apparently, there is also American fuel not of the first freshness ...) fuel from the Westinghouse multinational company, which is now being loaded into the reactor core of power unit No. XXUMX Currently, the 5 fuel assemblies of the Westinghouse company (TVS-WR) are located in the reactor core of the power unit No. XXUMX). In total, the volume of the first batch is planned to load 6 TVS-WR. 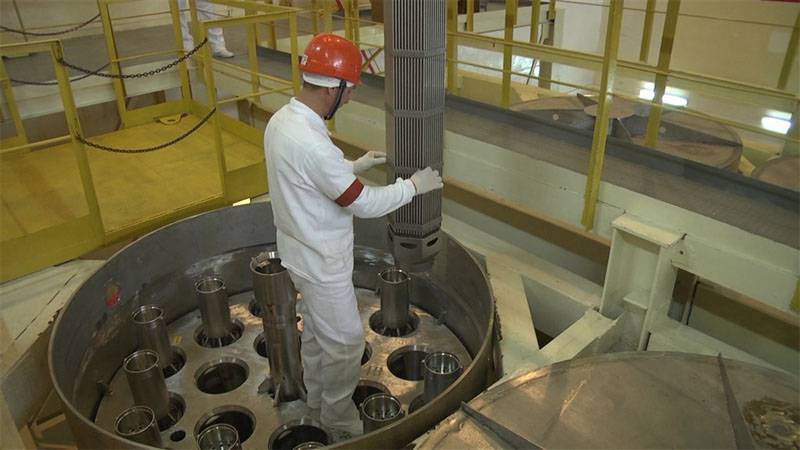 It is noted that fuel cartridges arrived in Ukraine from the territory of Sweden, where one of the branches of the American company operates.

From the statement of the press service:
Also at the event, the delegation visited the dry spent nuclear fuel storage site (SNFS) and a full-scale simulator of the ZNPP training center, after which the delegation of the US Department of Energy left for Dnipro.

It seems that the majority of nuclear specialists who are aware of what the consequences and operational efficiency of nuclear reactors of the actual Soviet development of American fuel assemblies could be would be that in this situation Dnipro was a river ... However, it was about the city ... Dnipropetrovsk. It was there that the American delegation continued the discussion on the introduction of US energy projects in Ukraine, which actually turns into a kind of testing ground, which allows the US to make a profit in the new market, not really worrying about what this kind of activity promises directly to the market itself.

Zaporozhye nuclear power plant in connection with the beginning of the use of American nuclear fuel claims the palm in terms of the disposal of waste from the products of two manufacturers of nuclear fuel. So far, the Zaporizhzhya nuclear power plant is the only nuclear power plant in Ukraine that deals with the disposal of Russian spent nuclear fuel in its own repository. All other NPPs of the “independent” nuclear “mining” are exported under a previously concluded contract for disposal or reprocessing to Russia. From next year (2017), the contract between the Russian Federation and Ukraine for the export of fuel ceases to act, and Kiev is clearly not going to extend it. Instead, Kiev is discussing with the American "partners" the topic of creating a supermogily in the Chernobyl Exclusion Zone. It is planned to transport spent nuclear fuel there (now American too) from at least three Ukrainian power plants - the South Ukrainian, Khmelnitsky and Rovno (Rovno) ones. Moreover, the government of Ukraine since the time of Yatsenyuk has been discussing the possibility of offering “services” to the Chernobyl cemetery for the disposal of spent fuel from nuclear power plants located in European countries. They say, they say, we will provide this opportunity with a substantial discount.

Judging by the reports of the Ukrainian departments, Kiev intends to at least make an “impressive” energy project on paper from the Chernobyl Exclusion Zone. Here - and digging new "pits" for the disposal of nuclear waste not only from all over Ukraine, but also, perhaps, Europe, and the project plan for creating a solar power plant in the exclusion zone (attention!). The Ministry of Environment of Ukraine said that a Canadian investor is going to invest in the installation of a solar power plant near Chernobyl and a biofuel plant.

From the press service of the Ministry of Environment of Ukraine:
Canadian investors are looking at the possibility of building biofuel plants and solar power plants on the territory of the Chernobyl zone with interest. From the Canadian businessmen there were several real proposals regarding the possible construction. We consider all proposals for the implementation of alternative energy programs.

And energy, really, is striking in its alternativeness ... Well, if only because the number of sunny days in the Chernobyl area for effective operation of solar power plants raises certain doubts ... Or, the Chernobyl exclusion zone with the Maidan authorities managed to turn into an area that is more than 300 days does the sun shine in a year? ..

A spokesman for the Ministry of Environment and Natural Resources Ostap Semerak noted that so far there is one major obstacle for the implementation of Canadian investors' plans (and this, according to Semerak’s logic, is not the absence of an adequate number of sunny days). This obstacle is the unregulated status of Chernobyl lands. Apparently, it is this unresolved status that attracts foreign investors more similar to combinators, because they are going to sell Ukraine not only solar batteries with practically zero efficiency in the Chernobyl zone, but also the so-called “energy crops” that are seriously planted in Ukraine by Chernobyl territory. It would seem that this is some kind of stupid phantasmagoria ... But it is precisely on these steps that Kiev is ready to go, in addition to purchasing American fuel assemblies Westinghouse.

TV channel 112 Ukraine cites the statement of Mr. Semerak mentioned above:
We expect that the bill number XXUMX to resolve this issue (the status of the Chernobyl lands) will be fully adopted before the end of the current session of the Verkhovna Rada. In early June, he had already passed the first reading. This will make it possible to regulate the Ukrainian legislation on the issue of land allocation in the Chernobyl NPP area, where there are about 4437 thousand hectares of unused land, some of which can be used to house electrical generation facilities, and some - for growing energy crops.

So, it is time to summarize all the energy achievements and initiatives of Kiev recently. American rods on Soviet reactors - times. South African "golden" coal at CHP - two. Willingness (of forest officials) to use firewood instead of coal in thermal power plants - three. Solar panels where there is no sun much more often than it is - four. Growing corn and rapeseed on Chernobyl-contaminated soils is five.

Ctrl Enter
Noticed oshЫbku Highlight text and press. Ctrl + Enter
We are
Ukraine with the help of the American "Westinghouse" was going to "disperse" the reactors at its nuclear power plants. Experts: "This is Another Chernobyl"For the "Canadian Army Prize"
Military Reviewin Yandex News
Military Reviewin Google News
78 comments
Information
Dear reader, to leave comments on the publication, you must sign in.