Lithuania intends to purchase Javelin anti-tank systems from the USA

22 2016 June
63
Lithuania continues to make all possible attempts to bring the level of spending by the Ministry of Defense to "NATO" 2%. In addition to restoring military conscription on an ongoing basis (the relevant document was signed by the President of the country Dalia Grybauskaite), the Lithuanian authorities allocate funds for the purchase of anti-tank complexes for the Lithuanian army. We are talking about complexes "Javelin", which, by the way, continue to dream in Ukraine. 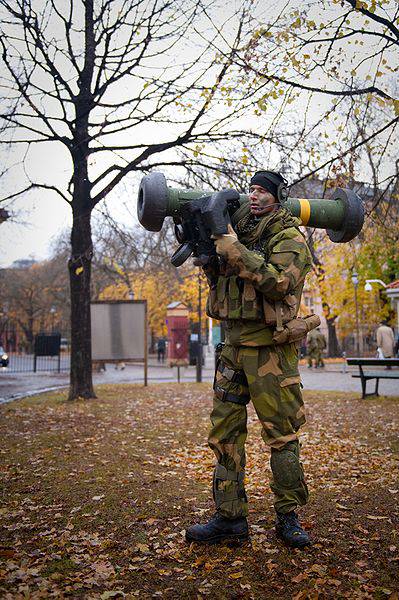 Information about the readiness to acquire American anti-tank complexes publishes news agency TASS:
To provide the army with medium-range anti-tank weapons in accordance with the amended intergovernmental agreement between our countries, signed in 2001 and updated in 2014, the Javelin missile systems will be additionally purchased in the United States.

According to the initial data, official Vilnius is allocated from the state budget for the purchase of American weapons about 8 million dollars. Considering the fact that the cost of one shot to complexes of this type is several tens of thousands of dollars, the Javelinov service to the Lithuanian taxpayer will result in a pretty penny. If in Lithuania, of course, these complexes are going to be exploited ...

It is not specified how much specifically anti-tank complexes Vilnius intends to purchase, and whether it will be new complexes, and not pretty second-hand.

An equally urgent question is whether the Javelins acquired by Lithuania will not be in the hands of Ukrainian security officials in the Donbas?