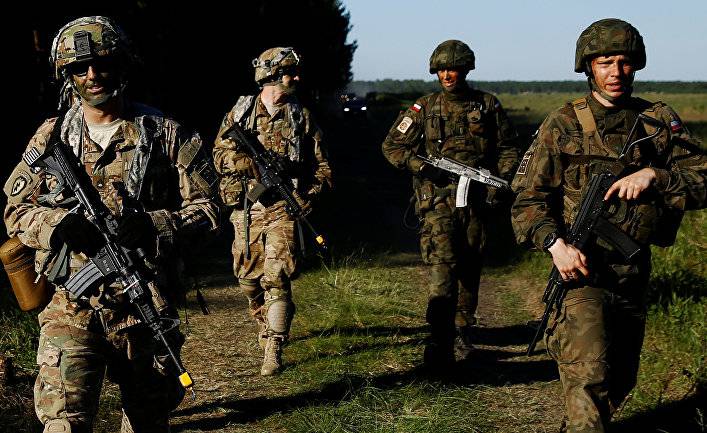 The German Foreign Minister sends a challenge to Chancellor Merkel: he wants to pursue a softer policy towards Russia.

The German Foreign Minister is also in favor of lifting the sanctions against Russia. His actions show that there are contradictions between Christian Democrats Chancellor Merkel and the Social Democrats Steinmeier regarding the attitude towards Russia.

German Foreign Minister Frank-Walter Steinmeier believes that the recent NATO maneuvers in Poland are fueling war. The exercises, in which one thousand soldiers from 31 countries took part in 24, were the largest maneuvers since the end of the Cold War. The aim of the maneuvers was to demonstrate to Russia that NATO has the will and ability to resist Russian military aggression. In the Baltic countries and Poland, the fear of Russian aggression intensified after the annexation of the Crimean peninsula and the role of Russia in the civil war in eastern Ukraine.

Steinmeier’s comment was published in the Bild Am Sonntag newspaper:

“Today, we must avoid actions that can inflame war, we don’t need the tramp of marching boots,” said Steinmeier.

Steinmeier’s actions put additional pressure on Chancellor Angela Merkel in favor of lifting the sanctions against Russia. Formally, the United States and the EU, for the abolition of sanctions, require Russia to fulfill the Minsk-2 arrangements for Ukraine. But Merkel, moreover, is under pressure from many EU countries that want to soften the policy of sanctions against Russia. Der Spiegel magazine wrote earlier that the Merkel administration is developing a strategy for the gradual lifting of sanctions, which it will apply in the event that Russia gradually implements the implementation of the Minsk-2 agreements.

At the NATO summit in Warsaw in the first half of July, the alliance will approve the deployment of the so-called rotation battalions in the three Baltic countries - Estonia, Lithuania and Latvia, as well as in Poland. This will not be permanent placement, permanent bases will not be created. Presence will become permanent in the sense that there will be a rotation of military personnel. Military activity is a red rag for the Kremlin, which believes that it is NATO that behaves aggressively.

At the economic forum in St. Petersburg last weekend, Russian President Vladimir Putin said that NATO is using the crisis in Ukraine to justify its existence.

The president of the EU commission, Jean-Claude Juncker, was a guest at this annual forum in St. Petersburg. For the Kremlin, this was another positive signal after a two-year political boycott of Russia.

The situation in Ukraine will be decisive in the matter of lifting the sanctions on Russia. The Minsk-2 arrangements suggest that the Ukrainian parliament will give areas in the east under the control of the rebels wide autonomy, but the government has not been able to carry out this decision in parliament, despite strong pressure from the US and the EU. After the adoption of the law in these areas, it is necessary to hold elections under the control of international observers. In exchange, Ukraine should receive, according to the agreements, real control over the border with Russia.

Juncker’s visit to Petersburg and Steinmeier’s statements are steps towards the abolition of the sanctions policy. The agreement on Iran’s nuclear program, signed last fall, and the situation in Syria were decisive arguments for the Kremlin that the West would never be able to isolate Russia politically.