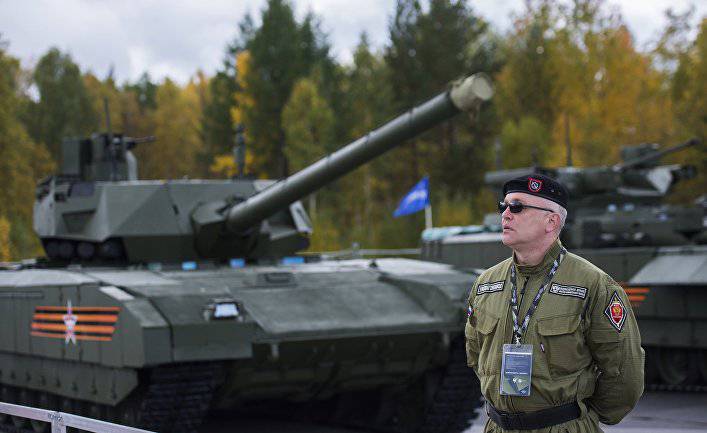 Today they want from us to close our eyes to the baseness of one powerful world and spit at another. This is evidenced by the writer and historian Vlastimil Vondrushka, reflecting on what attitude to Russia is being imposed on us. In his article, he reminds us that we once bowed before the symbols of the Habsburgs, and then the Soviet Union. Now they are demanding that we face the flag of Germany masked with the blue flag with 12 stars.

The main topic today is not only the issue of refugees. Also today they are discussing hysterically about Russia. I promised that in my notes I would try to enter the role of the devil's advocate. His duty was to object regardless of whether he believes his opponents or not. And they had to reliably refute these arguments in order to substantiate their position. After all, the truth is extremely useful to back up with logical arguments and facts. It’s logical not to talk about Russia today, but, frankly speaking, what is Brussels logical to reason at all about?

Russia was proclaimed Satan, and the one who refuses to spit into it is a heretic who must be crucified. The political rationale for this idea is known to everyone, and who does not know, that Putin agent. I’m definitely not a Putin’s agent, and I don’t want to spend the rest of my life in bondage with Russia. But I also would not want to spend the rest of my life in slavery in Brussels, the United States or the United Arab Emirates. As a child, I could not bear the jerks who were breaking the kulichik of others. And this feeling comes to me when I follow the modern politics of demonic aggression.

No one will ever know how it was in Ukraine and in the Crimea in fact, and what behind-the-scenes goals were pursued. As I have already said, I am only the devil's advocate, and he does not express opinions, but merely cites facts and raises questions.

Russia's strength can only be undermined by its separation from Ukraine

Where to start? Best of all, with quotes: “The strength of Russia can only be undermined by its separation from Ukraine. Ukraine needs not only to separate, but also set up against Russia, divide the people into two parts, and then just watch how a brother kills a brother. Therefore, we must find and cultivate traitors from among the Ukrainian nationalist elite and with their help change the situation to such an extent that Ukrainians hate everything Russian. Everything else is just a matter of time. ” Do you guess who formulated this political concept? In the second half of the 19th century, the Prussian “iron chancellor” Otto von Bismarck did this.

The policy of the onslaught to the east (Drang nach Osten) was conducted by the German rulers from time immemorial. In the Middle Ages, in the name of the spread of Christianity, their troops were looted and killed, because this is how faith is imposed on those who want to avoid this blessing. The order of German knights appeared at the end of the XII century to fight the infidels in defense of the Holy Sepulcher in Jerusalem. However, after a series of failures, the order moved to Prussia (today - northern Poland) and there for many centuries pursued an aggressive policy towards Poland and its eastern neighbors. And although subsequently the Grand Master, together with the entire Order, turned into Protestantism, for the rest nothing has changed: the pro-German policy was carried out as before.

The German rulers maintained lively diplomatic ties with Russia, but they zealously ensured that they did not have a strong enemy in the East. And they constantly sought to increase their influence. Peter the Great was really pissed off at having conquered Sweden’s access to the Baltic Sea, began to build a strong fleet and develop foreign trade (to the detriment of the German Hansa).

It was possible to stop this process approximately in the middle of the 18 century, when the kings who came from influential German noble families (Catherine the Great belonged to them) began to ascend to the Russian throne. Since then, Prussian and Russian politics have walked hand in hand and have wrinkled the foreheads of the rest of Central Europe, as well as damage in population and property.

In 1757-1762, thanks to the kinship of the Russian tsars with the German rulers, the Russian army took part in the Seven Years War (now on the side of Prussia, then against it), and in 1772, Russia agreed with Poland on the partition of Prussia. During the Napoleonic wars, the Russian army marched across Europe as a Prussian and Austrian ally.

However, then something went wrong, and two world wars took place in the 20th century. Germany and Russia have become irreconcilable enemies. If someone believes that these facts are wrong, let him in search of truth tell you what kind of war there was, or in which of them the Germans fought not to take possession of the territories of their eastern neighbors, but to do so with the pleasing light of civilization.

Russians and Germans have been strangling each other for a long time, and, by the way, in stories Powers have always done so. They do it today. And from us they want us, as allies, to turn a blind eye to the baseness of one of our strong neighbors and spit at another powerful neighbor. In the same way, we once worshiped the symbols of the Habsburgs, and then the Soviet Union. Now they are demanding that we face the flag of Germany, masked by the blue flag with 12 stars, which symbolize the unity and democracy of the European Union (although the stronger one can “recoup” the weaker).

European deputies want to extend sanctions, and German exert pressure: Russia must be included in the list of threats. The onslaught to the East continues - of course, with the support of the United States, who cannot forgive Russia for not wanting to bow to them, unlike most other countries.

The story goes in a circle. In the 19th century, for us, loyal subjects of the house of the Habsburgs, Prussia was the enemy. Our enemy, when we were the sons of Masaryk’s father, was Nazi Germany. The enemy of the population of the Protectorate of Bohemia and Moravia was Bolshevik Russia. Our enemy, when we were part of a strong alliance of the socialist camp, was revanchist West Germany (and the northern GDR was “good,” although it was there that the heart of the former Prussia was located). The enemy of the faithful Europeans is Putin Russia. Do you think that on this wheel of history will stop moving?

Electoral justice is the greatest hypocrisy of modern political elites.

In the recent past, Germany occupied us, and then Russia. Both of these powers killed the loyal Czechs, the Moravians and the Silesians. However, I have a feeling that the Germans killed many more representatives of these peoples than the Russians. We recently theatrically forgave the Germans. As stated by the Minister of Culture, you need to forgive. But someone - yes, but someone - no. Electoral justice, however, is the greatest hypocrisy of modern political elites.

I am only the devil's advocate. I do not lean towards one side or the other, but my words will come true! In my opinion, there is nothing more stupid than constantly deepening the trenches of hatred, reinforced by sanctions, petitions, information war and slander. A politician who cannot, or because of his blindness and stupidity, does not want to negotiate with a neighbor, should not be in power.

Ctrl Enter
Noticed oshЫbku Highlight text and press. Ctrl + Enter
We are
Refugees from Syria. Will Russia accept immigrants from the Middle East?We will end badly, and our children will be jealous of how we lived. We are controlled by puppets. Who benefits from war? ("Parlamentnilisty.cz", Czech Republic)
Military Reviewin Yandex News
Military Reviewin Google News
120 comments
Ad