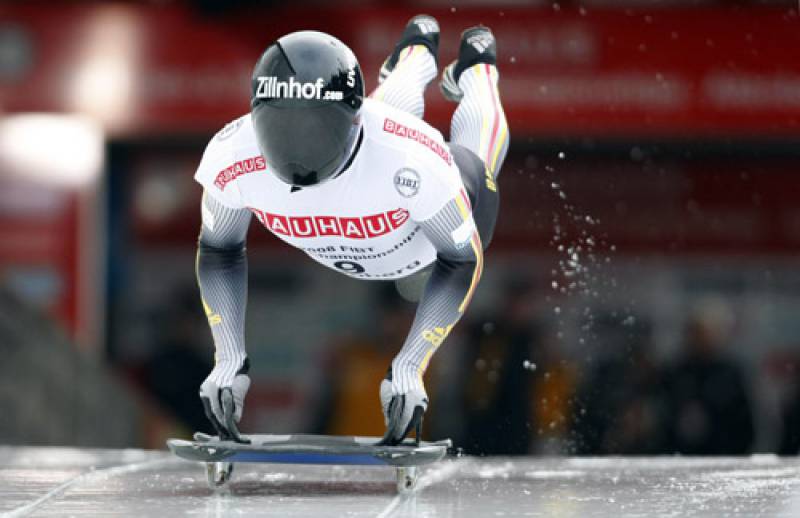 Alternative point of view on professional sport. The author argues for the fact that any good Russian person engaged in productive work is ten times more hero than all the "professional athletes" put together.

Since the wave of emotion finally reached the Russian national team at the Olympics, interviews and materials about professional athletes filled up everything, even non-sports publications, it was time to remind one simple, frightening truth:

These are people who do not produce any intellectual, cultural or physical product. Not even services — a crazy hipster, carrying fashionable sneakers from the US in his bag on his hump and then pushing them in Moscow at an expensive cost, and then creating a service (in this case delivering scarce shoes to your doorstep), while the athletes do not nothing.

They only train. Year after year. Month after month. Million for million (taxpayer money). After that they come out, and suddenly it turns out that these people, who cannot even sell sneakers, are the heroes and the personification of our country. We should all be proud of them, because nothing causes pride anymore than a genetic mutant parasite pumped by chemistry, dropping off a hill on a sled one second earlier than the same genetically paramedic pumped by chemistry from a neighboring country.

No, understand correctly, amateur sport is wonderful. Mostly because amateurs are involved in amateur sports, quite rightly. People who, besides skating on the sled race, have some other things to do in life. I rode on sledges, went on to build an atomic reactor or compose an opera there, what questions. This is great, this is correct, such a sport is needed.

But when a person GENERALLY ALL LIFE consists of running, skating to race (to prove what? To whom? Why?), Then this person is crazy, he needs to be treated. Moreover, it is necessary to treat us all, because this man runs on skates with our money. No, if you are a billionaire and the owner of a business empire, you can afford to even run on skates, even walk on your hands, the right of an individual to spend his money as he likes is sacred - but they are competing for our taxes there!

And I also understand, for example, hockey is a huge self-supporting, even profitable show business. Type "House-2". Where the goal is not to build your love or a house there, but to make as many high-rating episodes with scandals and intrigues as possible. Likewise, hockey players have the task not to win, but to produce a beautiful show with beautiful wrestling, fights, and dramaturgy. Or figure skating, Julia Lipnitskaya, is an excellent opportunity to look at the toned thighs of an 15-year-old schoolgirl and moo something about “what technique, what kind of performance, what ass” (nothing that figure skaters costumes as close as possible to striptease-burlesque stars). 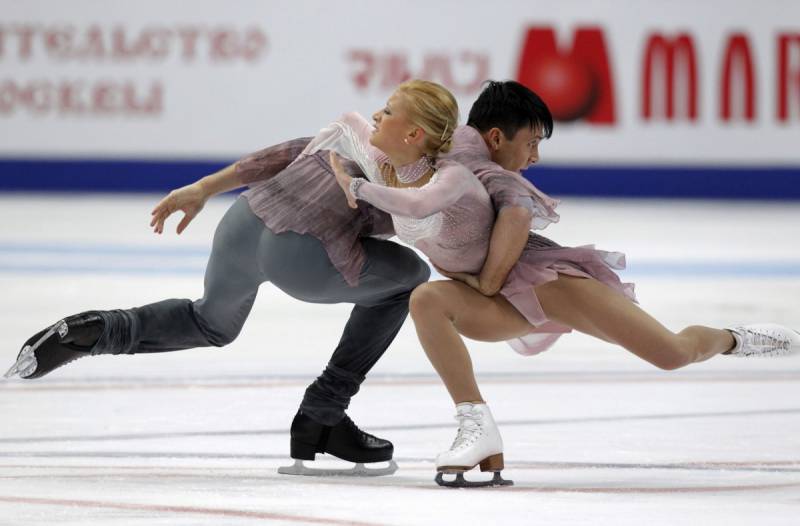 I understand this: harsh men beat each other's muzzles, young meat in a tight-fitting suit is spinning like that, and that way, people are ready to watch it and pay for it even without any Olympiad. +

Do you know what “mogul” is? But after all, competitions are taking place on it, there even someone is awarded medals. They have their heroes, their villains, their schools, their own, of course, government funding. 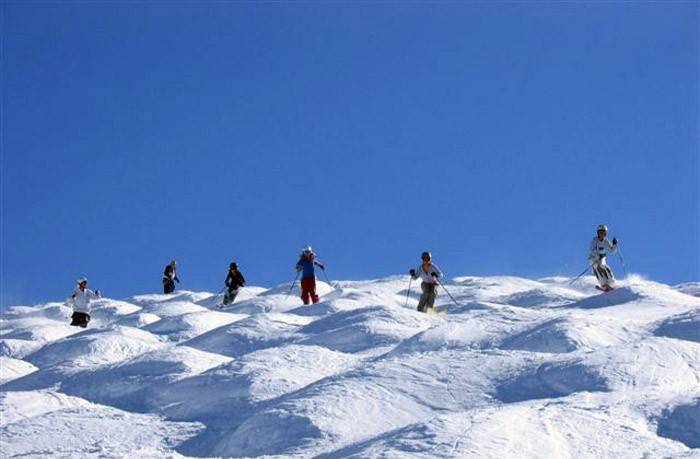 Or is it a "skeleton"? Which of us, Russians, is not proud of our great skeleton riders who, with the last of their strength, snatched victory from ... well, from someone snatched away. Or losers. What's the difference? 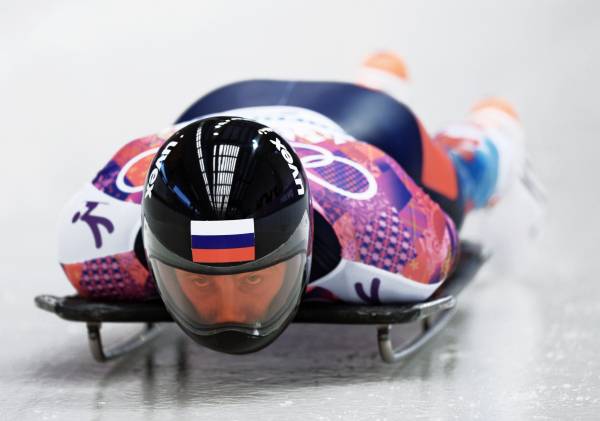 90% of Olympic sports are not of interest to the mass audience, this is not a show, but a fan club, a party of genetic freaks paid from the budget. “Nordic combined” - can any of you say what it is? When you first take away one ski from an opponent, and then the second? Or are you two just behind your skis, and you are fighting off them? +

No, let these skeletons and moguls do anything, we have a free country, but why do they do it with our money and show us like heroes? They say that you are sitting here, an engineer, you are drawing a new hydroelectric station, but you would have looked at the real hero Ahmed Zalupaenko, who was able to otmogulitsya and zkeletonitsya faster than others, which changed the world ... absolutely nothing. This is a man, this is a yes, not that you, an airplane turbine designer not glamorous!

Yes, during the existence of the USSR, its confrontation with the United States in sports was essentially such a little reduced war, pretext war, a light version of the Third World War, riveting the world's attention because of additional superpower meanings. But those days are long gone, no one seriously considers war with the United States (and the Olympics as a peaceful form of this war), enormous attention to the peaceful Third World War was gone, and countless hordes of skeletonists, bobsleighists (here, the Jamaican people went to their Olympics, collected via the Internet) and mogulistov remained. And with impudent mugs, they teach us to live on TV.

Therefore, what I want to say is: 90% of professional athletes are parasites and recipients of poorly veiled social assistance. Only if people with disabilities and veterans get help because of their infirmities and for their services to the country, then in the case of athletes we have healthy strong foreheads on which we can plow, who can only ride sleds from all merits. Someone like the famous Dagestan "invalids" who receive fake sickness benefits (but even fake Dagestan disabled people do not climb into the TV to receive medals, and modestly sit in their auls, grumble money begged from the state. In order to deceive the social system for this also awards they received fanfare - this is only possible in professional sports).

The remaining 10% of professional athletes pay for themselves and therefore are the heroes of the show, who by their general meaningfulness are most similar to the heroes of “House-2”. Of course, there are people who take the characters of “House-2” seriously, but for most normal people these are MURZILS FROM A TV set, created solely in order to make young thighs in the camera. There is nothing criminal in this (all are not killing and not stealing, although the young, strong, could be - the same hockey team is a ready-made gang), but you have to understand that any good Russian person engaged in productive work is ten times more hero than all the “professional athletes” put together. And the injustice of our world is that no one shows the work of the laboratory of nuclear physics for hours on TV (“Lord, they are close to discovery, they are close to discovery, what technique!”), But they show a lightly veiled striptease and amusing fights of millionaires on ice ( if not, forgive me, “skeleton”), suggesting that this should be considered a benchmark and an object to follow. Grow, they say, a Russian man, strive, and someday you will also be able to twirl ass in sparkles on the camera with the broadcast around the world!

And once again we want to say that our real heroes are soldiers, business people and intellectuals whose honor and glory are stolen by the constant imposition of genetic freaks as models for admiration and imitation

Previously, the rich looked at how the poor play, and now the poor look at the way millionaires play. 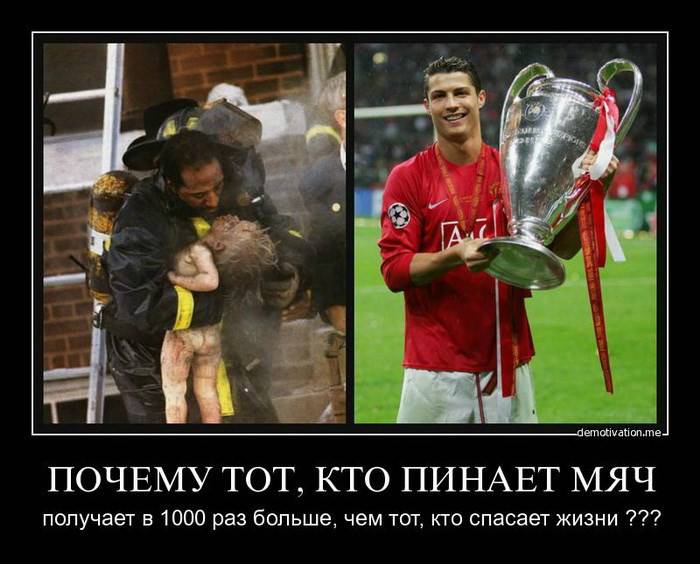 Andrei Fursov “Football today is not a sport. This is business and politics. ”