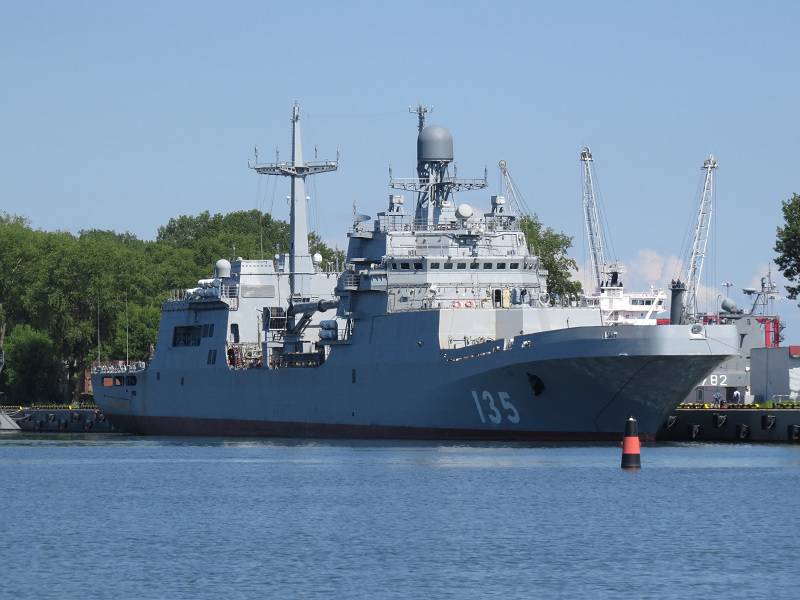 The ship was launched in May 2012 g, the contract for its construction was signed in April 2004.

According to the blog bmpd, “After 2010, the project has undergone numerous substantial adjustments, including in the direction of cheapening and simplification, including the abandonment of a significant part of the planned initial armament and radio-electronic means.” 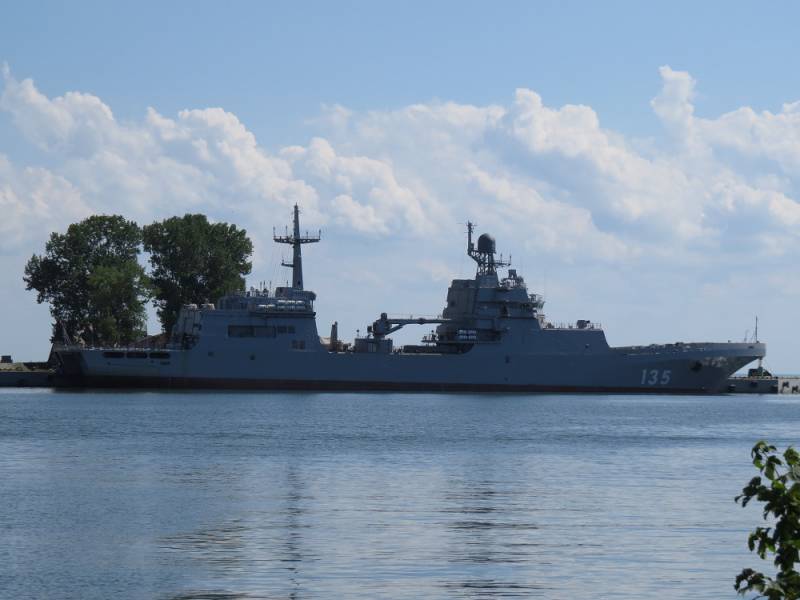 Help: “Ivan Gren” contains 13 main tanks, 36 armored personnel carriers or infantry fighting vehicles or 300 paratroopers. It is possible to deliver to the destination a reinforced company of marine corps with standard equipment and land them on pontoons brought with them. For paratroopers there is a gym, cockpits, a dining room separate from the crew. ”