The blockade of the Crimea is broken 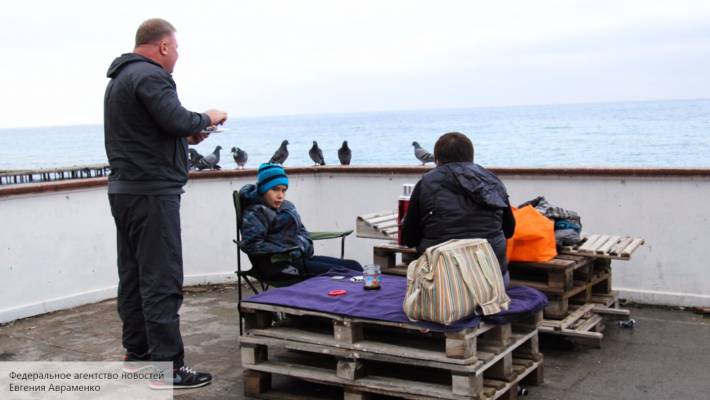 The inhabitants of the Crimea, distraught with hunger, unable to bear the mockeries of the invaders any longer, broke through the border barriers across the entire width of the isthmus. Those rare lucky ones who did not die on the minefields and under the machine-gun fire of the Russian border troops and FSB detachments, like locusts, with tears of joy in their eyes, frantically destroy the crops of not only wheat, but also other, more or less edible vegetation planted by industrious Ukrainian peasants in areas adjacent to the border. The inhabitants of the Kherson region, who at first clutched at the pitchfork and stakes, understood what had happened, began to provide all possible assistance to the fugitives from the genocide, clenching their fists from impotent rage to the invaders from Russia, who brought their compatriots to such a state.

Approximately this picture should emerge in the cross-stitched brain of Svidomo and racially correct Ukrainian patriot. However, in reality, this is not quite the case. In the busy places of Yalta this season, suddenly appeared shuttles with a characteristic dialect, which in unsanitary conditions, with heat above 25 degrees Celsius, trade in Chuguyivskyma Kovbasamy (Chuguevsky sausages). They can be seen in the area of ​​Spartak cinema, on Kievskaya street near the central market and in the Pioneer Park towards the exit to Biryukova street. 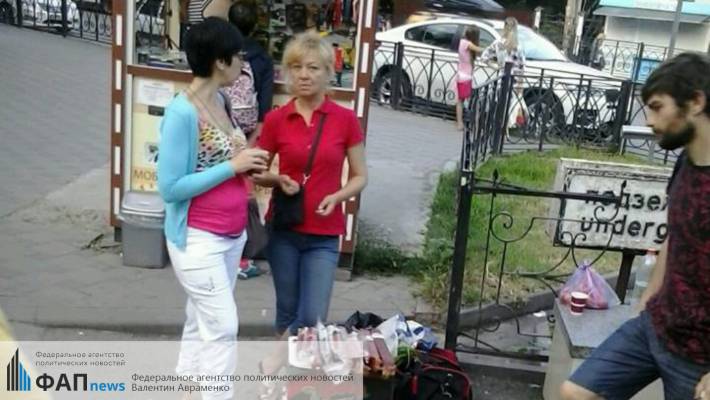 For those who are not familiar with geography, the town of Chuguev is not a Russian province, it is a town located in the territory of one of the most developed regions of Ukraine, Kharkiv. Probably something bad happened after the Ukrainian revolution dignity with the inhabitants of Chuguev. They are clearly not from a good life made their way almost a thousand kilometers to the territory of the "occupier" and sell sausage here.

Probably, not from a good life, they manage, despite the announced blockade, to deliver their products to the Crimea and the more well-known manufacturers - Kherson “Chumak” and Dnepropetrovsk “Golden Grain”. The “patriotic” yellow-blue color of the packaging is very amusing. In which case, you can justify - such as sabotage work in the rear of the enemy. However, in order to find these products on the shelves among Russian brands, you need to make a certain effort. 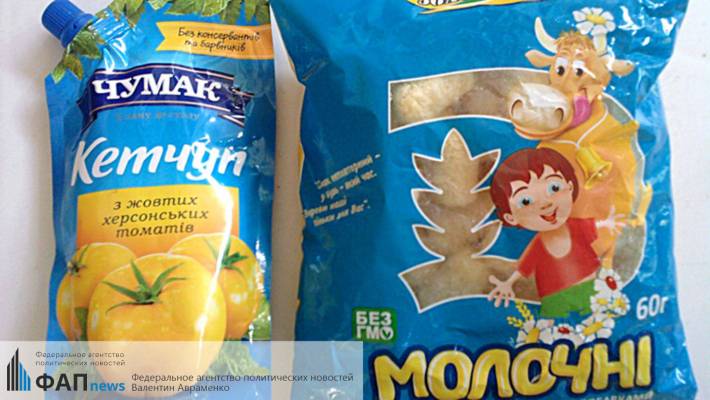 Those who had to do with sales of products in Ukraine will not let them lie - Donetsk and Crimea were the most powerful consumer regions. If in the summer there was a shortage of products, the manufacturer often refused to any region in favor of the Crimea for one simple reason - the selling price for the Crimea was always more expensive than for mainland Ukraine. That is, already at the producer level - the Crimean distributor price was higher than in Ukraine as a whole. Accordingly, the selling price increased for the end user - a holidaymaker or a local resident. And it was a common practice - both among transnational producers and national ones. Hence the high cost of goods in the Crimea. It seems that now Russian suppliers use this simple scheme. But it is not about them now.

In large business, it is not customary to take litter from the hut and we will probably never know how many Ukrainian businessmen became disabled as a result of biting their own elbows due to the loss of such a sales market. It seems that some of them still came to their senses, but it was too late - the train had already left.