The newspaper "Die Welt" about the war with the USSR 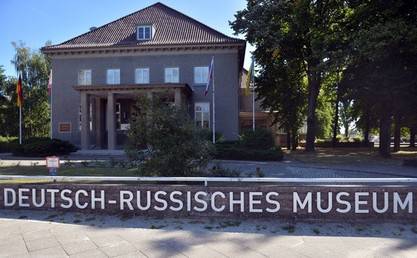 The closer the June 22 is to each year, the more often the largest German newspapers recall the war between fascist Germany and the Soviet Union. This year is no exception. In Germany, a series of commemorative events commemorating the next, 75, anniversary of the attack on the USSR began.

According to the Die Welt newspaper, the Union of German Journalists organized a press conference on June 16 in Berlin at which the President of the German National Union for the Care of War Graves, the Director of the German-Russian Museum located in the Karlshorst (Berlin) district and the manager of the affairs spoke German public organization "Sign of Repentance." In their speeches, the invited persons stressed that it was the war against the USSR that was conducted with the aim of exterminating the Slavic population, although Hitlerite Germany fought or was in a state of war with more than fifty countries. This was manifested in the attitude of the fascists to prisoners of war: if the British soldiers in captivity killed about 3 percent, then Soviet prisoners of war had a mortality rate of more than 50 percent. (By the way, there are people who claim that this happened because the Soviet Union did not sign the Geneva Convention. This is not true: the Soviet Union, without even signing the convention, observed its provisions regarding the maintenance of prisoners of war. Read the memoirs of former German prisoners, and you make sure that the entire war rations of a prisoner of war were more than those of Soviet citizens in the rear. What prevented the Nazis from doing the same? In my opinion, ideological, racial and class hatred. But try not to talk about it.)

At the conference, it was recognized as an error that in the 90-ies when creating a fund for the payment of compensation to those hijacked for forced labor in Nazi Germany, they did not equate former Soviet prisoners of war. But a year ago, the Bundestag decided to pay symbolic benefits to all the few who survived.

Currently, 3500 graves of Soviet citizens are registered in Germany. The most famous are large memorial complexes at the graves of warriors who fell in battle. But there are still 3100 burials made in urban and rural cemeteries throughout Germany. This should be an additional incentive to remember 22 June 1941 of the year. Speakers called for support of the initiative of some German parliamentarians to build in Berlin a monument to Soviet citizens who died in Nazi captivity.

So say the pacifists who condemn the crimes of the fascists against the Soviet citizens during the war. But they, literate educated people, condemn Russia for the "annexation" of the Crimea and the "invasion of Ukraine", and also approve of the possibility of sending Wehrmacht soldiers to the Baltic States so that the Balts feel more protected from the "Russian threat." Here is such, if I may say so, “dislocation” in the brain.

The editors of the newspaper Die Welt would change their principles if, having published an article about a press conference that spoke about the dead victims of Nazism, once again did not think about the reasons for the defeat in the war on the Eastern Front. After all, the newspaper regularly publishes materials on the Stalingrad battle, on the Kursk Bulge, etc., by some date. So with the date of the attack on the USSR - published an article with the headline "Blitzkrieg was supposed to compensate for the lack of weapons."

The analyst of the newspaper, having approved in general the plan of attack on the Soviet Union, stated that the plan did have one drawback - half of the troops were not prepared for a swift military campaign. It turns out that “those who plan a war should carefully prepare for it. On the training and supply of troops inevitably takes time, and a lot of time. And before the soldiers actually go to war, they need some more time to rest after the training course. ” And then 3,1 million soldiers were sent to the borders of the USSR, and half of them were not ready.

Hitler informed the high command of July 31 of the year on the decision to “get rid of” the Soviet Union. To provide the army with everything necessary was ordered by 1940 on April 30, since it was planned to launch an offensive operation in May.

In accordance with the plan, the size of the ground forces increased from 4,55 million to 5 million, the composition of the Air Force increased by 40% from 1,2 to 1,68 million, and the number of Navy personnel increased by 60% from 250 to 404 thousand. The strength of the SS troops tripled from 50 to 150 thousand people. However, although the necessary number of divisions was formed, but ...

According to the department of economy and armament of the headquarters of the Wehrmacht High Command, with the existing material and technical support of the troops, an attack on the USSR was not possible. For example, the industry produced just 10% 75 mm guns, although it was supposed to be the main weapons on the offensive. Moreover, from 1151, 904 guns were installed on tanks and assault self-propelled guns.

Only on 80% of the plan were shells made for 37 caliber guns, which were armed with tanks and some armored vehicles. Total shells of this caliber was 51% of the required number. In this regard, the tank units of the 19 infantry divisions were equipped with French guns caliber 47 mm. In total, the Wehrmacht received 823 guns, which turned out to be comparable in their qualities to German guns of 50 caliber mm.

Before the offensive, the Panzer units of the Wehrmacht had 979 Panzer III tanks and 444 Panzer IV tanks, as compared with May 1940, when they had "all" 349 and 278 tanks of both models, respectively. Due to the fact that the number of tank divisions almost doubled, the lack of equipment had to be compensated by the Czechoslovak tanks of the 35 and 38 models, which were comparable to the Panzer III, but were inferior in power to the Soviet T-34 tank. As a result, the entire Third Panzer Group, consisting of four tank and three motorized infantry divisions, was armed with Czechoslovak tanks. In addition, being on the front line of the front, this tank group had a sufficient number of tracked vehicles. All 26 divisions of the "first wave", which were to break through the enemy defenses and secured in the operational rear, were equipped to the maximum with German and Czechoslovak equipment.

The 45 divisions of the second, third and fourth “waves” already had half captured, and not only German, equipment — trucks, cars, and wheeled / tracked vehicles. And the majority of 56 divisions of the fifth "wave" had almost exclusively horse-drawn transport. The 15 divisions from the last 15 wave were considered as a reserve and were armed only with trophy equipment. (By the way, the Wehrmacht had 600 thousand cars and 2 million horses, and indeed from all over Europe they collected. The Red Army had 150 thousand cars and 1 million horses.)

In total, according to the German analyst, by the middle of June, the Wehrmacht had 3,1 million soldiers, 3648 tanks of all types and 20 thousand self-propelled units. According to various sources, the newspaper writes, there were from 2,8 to 3,3 million soldiers in the Red Army, from 11 to 15 thousand tanks and from 40 to 60 thousand SAU. (About the fact that the Red Army was dispersed from the western border to the Pacific Ocean, the analyst never took it into his head.) That is, the Wehrmacht did not have total superiority, but, as the German military historian RD wrote. Müller: “When the Wehrmacht 22-24 on June 1941 crossed the borders of the USSR, the military leadership was confident that, thanks to material superiority, it would be able to achieve success with its operational actions.”

Summing up, we can say that in the depths of our hearts the author of “Die Welt” regrets the poor preparation of the Wehrmacht (Hitler and the generals are to blame), that, despite operational actions, the “blitzkrieg” did not work. The Germans can write 27 million dead Soviet citizens and enormous destruction on our territory into their criminal "asset". But there is a well-known German who, I dare believe, sincerely stated: “Only remembering the events of 1941 of the year, one can understand the fears of Russia that surround it, even if these fears are irrational, and the world has changed since then” (Gerhard Schröder). And he added: “Germany should be careful not to lose its privileged partnership with Russia in the sphere of politics and economy”. As they say, these words would be, but the Germans in the ears.