20 2016 June
23
When carrying out planned work in the warehouse of non-combat units of target rockets at the Ashuluk proving ground (Astrakhan region), the rocket engine caught fire, and no one was injured as a result of the resulting fire. 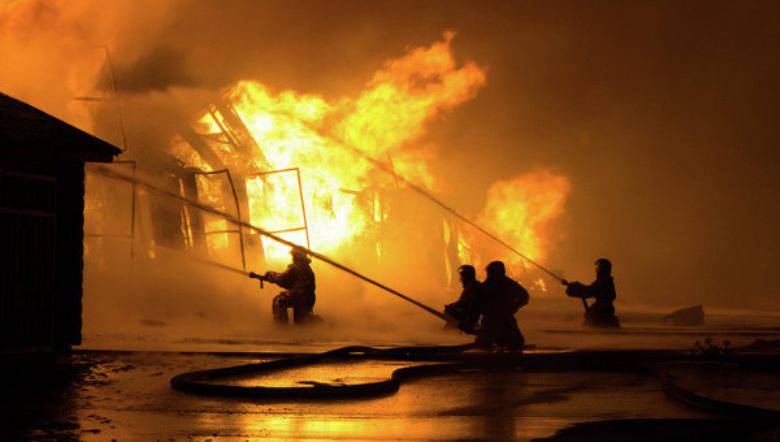 “According to preliminary data, the warehouse with spare parts is burning. About 600 people were evacuated from the nearest settlement ", - quotes RIA News source in power structures.

According to him, “the fire was accompanied by strong explosions, there were spare parts in the warehouse, including rocket engines, they exploded.”

Later information was confirmed in the press service of the Ministry of Defense:
“20 June 2016 in 9.20 at the Ashuluk site during the planned work at one of the repositories of non-combat parts of the target rockets, the rocket engine ignited. Nobody was hurt by the fire. ”

“Fire calculations are working at the fire site, the Ministry of Defense commission went to Ashuluk,” the agency added.

By 11 clock fire was able to localize.

Ctrl Enter
Noticed oshЫbku Highlight text and press. Ctrl + Enter
We are
The fire on the submarine "Eagle" and the lack of informationMedia: For half a month there was a second emergency with a submarine in the Northern Fleet
Military Reviewin Yandex News
Military Reviewin Google News
23 comments
Information
Dear reader, to leave comments on the publication, you must sign in.