The secret of life and death Chapaeva 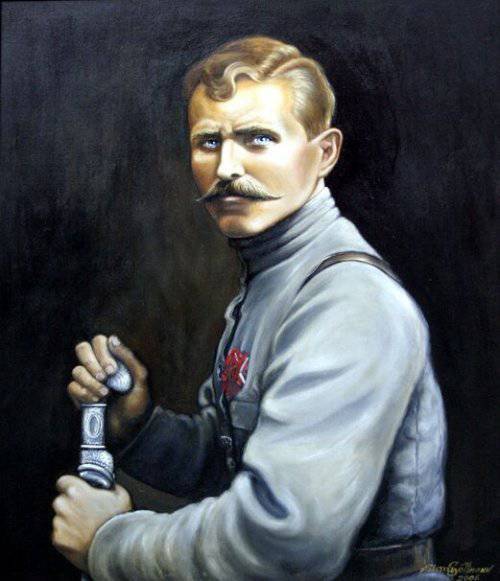 During the first three years of the Civil War, Vasily Chapaev did so much that in the twenties he was counted among the “faces of the saints” by Stalin himself.

He died in the 1919 year, and in 1934, the legendary film was shot in the diaries of Chapaev's associate, Dmitry Furmanov. Immediately after his release on the NKVD screens, he arrested a man who claimed that he was Chapaev, who did not drown and escaped. But the authorities were not happy about the resurrection of the hero from the dead ...

Chapaev was the sixth child in a poor peasant family. When he was born, the midwife reported that the boy most likely would not survive. But the grandmother went out to a sickly baby — she wrapped him in a warm “mitten” and kept him at the stove. The boy survived. In search of a better life, the family moved to the village of Balakovo, Nikolayev Province, where they had the opportunity to learn.

Vasya, a ten-year-old, was sent to a parish school, where he studied for two years - learned how to write and read tolerably in syllables. Once he was punished for a crime - Vasya was put in a cold winter cell in one of his underwear. Realizing an hour later that he was being killed, the child knocked out the window and jumped off from the height of the third floor, breaking his arms and legs. So ended the study of Chapaev.

At the age of twenty and more, he was taken to the army, where he served in the infantry. Already there Chapaev distinguished himself by courage and skill. During the service I received three crosses of St. George and one medal! When the revolution began, he, without hesitation, went to serve in the Red Army.

“Chapaev never chased after awards, fame and rank,” says historian Anatoly Fomin. - He wrote petitions where he asked to send him to command at least a company, even a division, so that he could use his military talent, knowledge, be useful ...

A constant theme for conversations in these years is the ensuing hostility between Dmitry Furmanov (commander, comrade Chapaev) and Vasily Ivanovich. Furmanov periodically writes denunciations of Chapaev, but later in his diaries he admits that he elementary envied the legendary divisional divisional. In addition, the apple of contention in their friendship was Furmanov's wife, Anna Nikitichna. It was she who became the prototype of Anka the machine gunner, which existed only in the film.

Creating a film about Chapaev in 1934 was a matter of national importance. The country needed a revolutionary hero whose reputation was not tarnished. People watched this film fifty times, all Soviet boys dreamed of repeating Chapaev's feat. But the film was not all true. For example, there was actually no Anki-machine-gunner in the Chapayev division. 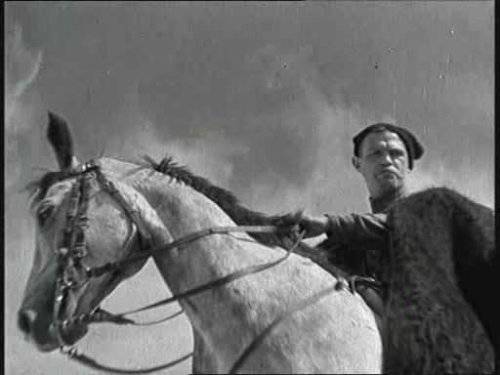 She was invented by film writers who first wanted to make a heroic woman a doctor, but then they read in the newspaper about a case when a nurse had to shoot a machine gun instead of a wounded machine gunner, and realized that it was a find. This incident happened to Maria Popova, who gave an interview after the film was released, proudly claiming that she is Anka. However, Furmanov’s wife, who consulted the film, insisted that the legendary heroine be given her name.

But Petka, unlike Anka, really existed. It was Pyotr Semenovich Isaev, who entered the Chapayevsky detachment in 1918 year and was the faithful support of the hero until the moment of his death. How Isayev himself died was not known for certain. According to one of the versions - along with Chapaev, on the other - he shot himself after the death of the commander. And historians are still arguing about how Chapaev himself died. In the film we see that he, wounded, is trying to cross over the Ural during a battle, he is shot at and drowned. But the relatives of Chapaev, seeing the film, were outraged.

“As Claudia Chapaeva’s daughter wrote, when Vasily Ivanovich was wounded, Commissioner Baturin ordered them to make a raft from the fence and be able to ship Chapaev to the other side of the Urals by hook or by crook,” says Yevgeny, granddaughter. - They made a raft and on the other side Vasily Ivanovich was nevertheless transported. When rowing, he was alive, moaning ... And how they reached the shore - he was gone. And so that they would not be mocked at his body, they buried him in the coastal sand. Buried and thrown reeds. Then they lost consciousness from blood loss ...

This information greatly excited the great-granddaughter of the divisional commander. She wanted to organize a search for the remains of Chapaev, but it turned out that in the place where he died and before there was a coast, now the Urals flow. Thus, the official date of Chapaev’s death is 5 of September 1919. But they still argue about the circumstances of death.

For example, after the film about the divisional division came out, a man appeared very similar to Chapaev, who claimed that he had escaped. He was arrested, interrogated, and then, according to one version, shot, according to another - he was sent to camps. The fact is that the answer came from the government to the authorities: we don’t need a living Chapaev now. Indeed, if Chapaev lived to see the times of the Red Terror, he would most likely have fallen into disgrace. And so they made him the ideal hero for the Soviet people.