20 2016 June
42
On the eve it became known about the death of a Russian soldier 11 in Syria. He was a Marine Sergeant Andrei Timoshenkov, who served under the contract. It is known that the soldier at the cost of his own life stopped the car in which there was a suicide bomber who tried to thwart the issuance of humanitarian aid in the province of Homs. Andrei Timoshenkov represented the Marine Corps Division from Baltiysk, he was from the city of Smolensk. In Syria, it was about 3 months and was supposed to return to the Russian Federation at the end of June.

The report of the information management and the press service of the Ministry of Defense says that Andrei Timoshenkov was injured as a result of the explosion, incompatible with life. Of messages:

According to some information, we are talking about the presentation of Andrey Timoshenkov to the title of Hero of Russia (posthumously). 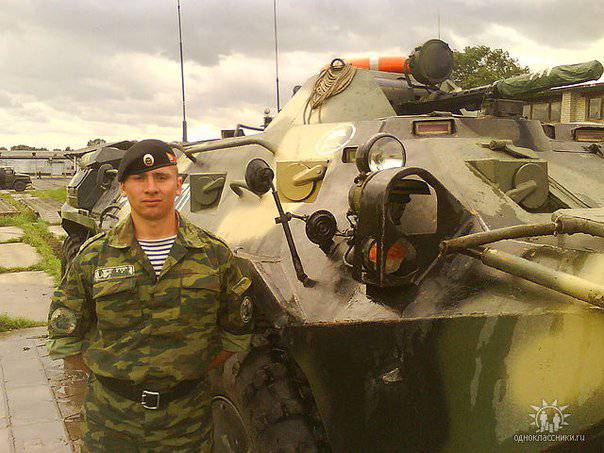 Andrei Timoshenkov died in the hospital of the Russian Avibaz Khmeimim (Latakia Province) on June 16. Surgeons fought for more than a day for his life. Andrey Timoshenkov has a wife and a little daughter.