In Kiev, declared a clash in the area of ​​Mariupol and one dead serviceman

19 2016 June
25
Militias are shelling the positions of the Armed Forces of Ukraine near the settlement of Water, located under Mariupol, reports RIA News Post advisor to the head of the Ukrainian Ministry of Internal Affairs Zoryan Shkiryak. 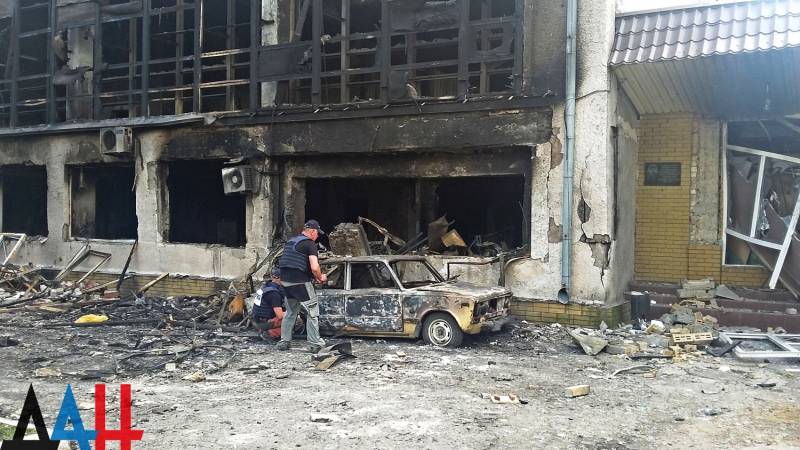 “The fire is carried out from mortars of 120 caliber of millimeters and from artillery installations of caliber 122 and 152 of millimeters,” wrote Shkiryak on Facebook.

“According to preliminary information, one Ukrainian soldier died. The battle continues, ”he said.

Prior to this (on Saturday evening), he had declared an armed clash "in the Talakovka area, north of Water and Mariupol."

Earlier, the Ministry of Defense of the DPR reported the transfer of a Ukrainian unit to Mariupol, numbering about 300 people. According to the ministry, their main task is to “conduct mass shelling of the southern borders of the DPR”, as well as sabotage and reconnaissance activities “to divert attention from the next attempts to seize the territories under Avdiivka, Yasinovataya and Gorlovka”.

In addition, the DPR reconnaissance recorded the presence of Ukrainian heavy equipment in the frontline zone.

"Our intelligence continues to record the concentration of prohibited weapons and enemy personnel along the line of contact," said the representative of the Ministry of Defense of the Republic, Eduard Basurin. - The latest data indicate the presence of five security MLRS Grad in Georigivka (Maryinsky district, 20 km), three 20 mm self-propelled guns, Starognatovka (Telmanovsky district, 122 km) from the Ukrainian security forces in the towns of Chasov Yar (near Artyomovsk, 4 km from the front). ) - three tanks, two 120-mm mortars and up to 400 personnel. ”

It is also reported about the night shelling of the village Staromikhaylovka (outskirts of Donetsk).

“Over the past night, due to the shelling, the store and three residential houses were damaged. According to preliminary data, there are no injured, ”a source in the militia told the agency.