Does NATO want to scare someone or is it just freeing itself?

20 2016 June
27
The closer the NATO summit, the more aggressive the statements made by the leadership of the alliance. The more interesting is the very concept of the upcoming meeting. There was not even a week when any of the NATO or US generals would not “uncover” another terrible “secret”.


To immediately put a dot on the letters over which they are needed, I will say my point of view at the beginning of the article. All these statements today are nothing more than another move in the information war. Another "pugalka" with the aim of knocking out from the frightened Europeans the next percentages of the budgets of the countries for NATO. However, if the alliance feels the weakness of any of the opponents, the “pugalka” can become a reality.

So, during regular meetings in preparation for the summit, Stoltenberg repeatedly stated that due to the changing format of the war in modern conditions, the emergence of the so-called "hybrid" form of war, now any cyber attack on a NATO member country will be regarded as a real attack. And, accordingly, will serve as a pretext for countermeasures against the aggressors.

Speaking more simply, hackers of any state, most often with the prefix "probably" will become the German soldiers who were used by Hitler to begin the seizure of Poland. Those corpses that pulled millions of others. Yes, and the question itself seems somewhat "far-fetched." Proving the involvement of a hacker to the state structure is always difficult. But the attack of the alliance will be on the state. There will not be an alliance to fight with a private person.

The upcoming summit will be really important for NATO. The Poles, while in informal conversations, are almost demanding to place American nuclear bombs on their territory. The preposition is also quite interesting. Delivery to the territory of a potential enemy (understand, Russia) is quite long. This is from Germany.

Another "pugalka", were the combined naval forces of NATO in the Black and Baltic Seas. This was also repeatedly stated. NATO seeks to create a serious grouping of ships in the Baltic and the Black Sea. I already wrote that we can cope with NATO ships in the Russian Sea today. To the extent that they will be there. But even if it is possible to introduce one ship from each country of the block into the Black Sea, while not violating any agreements, the grouping is significant. 28 ships ...

Some experts talk about the weakness of the NATO fleets. On the problems with the ships, On the strength of our response. May be. Only here a comparative analysis suggests otherwise. And the Black Sea, and especially the Baltic Fleet of the Russian Federation today is really weak. It is weak and "clamped" in its ports or the water area of ​​the "closed" sea.

True, there is another group of "haters". We will destroy the ships with the Bastions and cruise missiles, and US aircraft carriers will not enter the Black Sea. So our aviation hands will be untied. I would like to remind you why use sea-based aircraft, limited in distances and weapons, if you can perfectly use airfields in Bulgaria or Romania.

It seems to me that Stoltenberg is today preparing European public opinion so that the thought of the possibility for an alliance to "spit" on all treaties and other international agreements, if it is necessary for the "security" of Europe and the US, is rooted in the mind of a simple man in the street,

Everything I wrote above applies to a greater degree to the NATO-Russia relationship. But there is one more state that should be considered in the light of the statements of the NATO Secretary General. This is China. Let me remind you that most Chinese cyber attacks were blamed on Chinese hackers. And given the location of China and the potential, the Chinese are almost directly threatened. And threaten in their own region. Who! 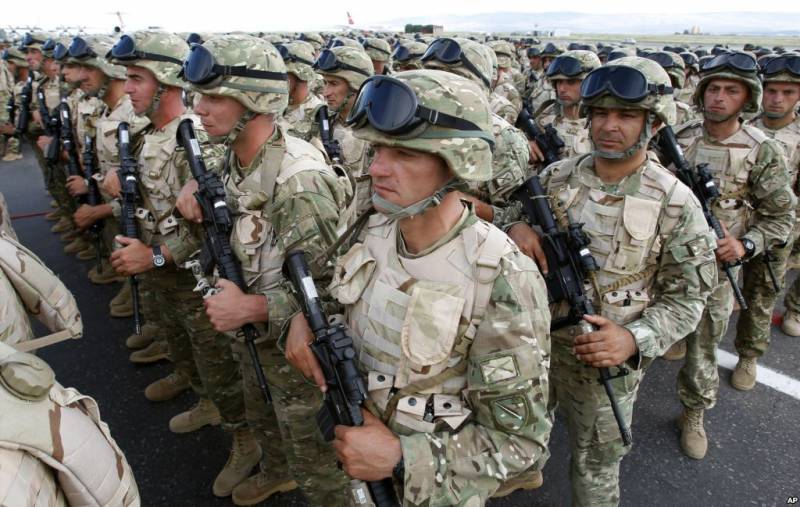 Today, the Chinese army and navy are no longer "paper dragons." Japan adopted an amendment to the Constitution on the use of self-defense forces abroad. North Korea is not just developing, but already testing missiles. South Korea in a panic. The power of the United States in the region, even in the presence of "Japanese bases" is a big question.

It seems that NATO is too "globalized." It is possible to frighten the inhabitants. It is possible to frighten those who want to be afraid. You can even scare yourself. Well, or convince yourself of your strength. But you can not scare those who are not afraid. You can not scare those who simply forgot how to fear. This applies to both Russia and China ... But there are still those who are simply not afraid yet. They just live and know that no one can force them to become slaves. India, Brazil and others ...

Honestly, I already really wonder what will be done at the summit? So many words have been said. So many different threats and offers. To what extent all these conversations are realized into something substantial.

And in order to avoid any thoughts about some kind of forcing by the author, I will quote only one statement by Stoltenberg, which he made to the German newspaper Bild. A serious cyber attack can be classified as a precedent for the alliance. Then NATO can and should respond. "