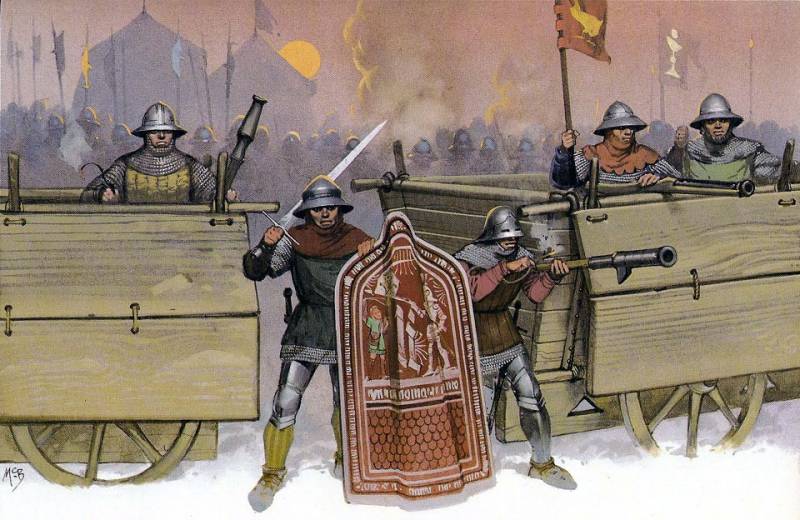 Against the background of the far from heroic behavior of the Czechs in World War II, quite unexpectedly it looks like their ancestors were once dashing warriors. In the first half of the 15th century, they did not beat the Germans, Hungarians, Austrians, Poles, and made long-range raids, reaching even the Baltic coast. One of the most glorious battles of the then Czech army took place exactly 590 years ago, 16 June 1426, near the city, which the Germans call Aussig, and the Czechs - Usti nad Labem.

In 1423, the Saxon margrave Friedrich captured this frontier Czech town, a significant part of whose population were Germans, but after three years the Czechs decided to repel it. The Czech army under the command of Prokop Lysy (he was Prokop the Great) approached Aussig in spring and surrounded the city. Margrave began to gather troops for the release of his possession. And here the pope proclaimed another crusade against the Hussites, followers of the priest Jan Hus, burned for heresy, whom the Czechs considered their spiritual teacher, very appropriately for the margrave and inappropriate for the Czechs.

Among the German chivalry there were many who wished to take part in this charitable work, and at the same time to slightly rob the neighbors. Under the banner of Frederick, several thousand knights from different lands fell, and with the account of armed servants and mercenaries, the total number of his troops quickly reached 13 thousand people. Czech chronicles claim that there were 75 thousands of enemies, and the most zealous chroniclers bring their number right up to 100 thousands, but this is common in mythological medieval historiography.

Prokop had about 11 of thousands of infantrymen and cavalrymen, but his main trump card was powerful artillery, which, again, according to local chroniclers, was made of 180 cannons. True, most modern historians believe that this figure is also greatly overestimated, or the hand-held arquebuses, which the Czechs called hackewitches, were counted on a par with the guns. In addition, in the Czech army there were several hundred battle wagons, of which they were able to make fast-built field fortifications - wagenburg.

The knightly cavalry, armed with swords and spears, had already broken its teeth about these fortifications. Nevertheless, the margrave decided to attack, relying on the high combat proficiency of his men, on their robust armor and on the “special means” against the wagenburg - heavy war hammers. Moreover, he hoped that the recent death from the plague of the charismatic leader of the Hussites and the talented commander Jan Жižka had demoralized the enemy and that the Czechs could hardly find a worthy replacement for him.

However, Prokop the Bald was no less capable commander. Learning about the approach of the enemy troops, he placed his army on top of a large hill, surrounding it with a ring of carts fastened with chains. There were cannons between the wagons, and in the wagons themselves, behind high oak shields with triangular loopholes, the crossbowmen and arrows from the hackewits took up the position.

The Germans attacked on foot. Although the cannonballs and heavy archebouz bullets had thinned their ranks, the Crusaders reached Wagenburg and began smashing wagons with hammers, as well as the chains connecting them. In one place they managed to break through a wide passage, having broken several vans. The patrons broke through behind the fence, but there was a surprise waiting for them - the second wall made up of high stationary shields - Paves, behind which the arrows also hid. The knights were between two fires, as crossbows and hacks were kept shooting at them from behind surviving carts.

Bearing heavy losses, the Crusaders could not cut through the Pavezes, since behind them, apart from the shooters, there were also spearmen. Soon the knights panicked and rushed back into the passage. And then, at the command, the Pawezes immediately lay down on the ground, the soldiers parted, and the Czech cavalry, headed by Prokop himself, flew out from behind them. Riders long pursued enemies who were hard to run in armor, leaving them no chance for salvation.

The rout was complete. The battle killed at least four thousand crusaders, including about 500 noble knights. The listing of their names and titles takes several pages in German annals. Among the dead were the counts Heinrich von Meissen, Oswald von Kirchberg, Ernst von Manstein, Friedrich von Beilichengen, Ernst von Gleichen, Dietrich von Witzleben, and many other respected people. The Czechs got this victory at the price of just 30 killed and dead from injuries.

After repulsing the crusaders, the soldiers of Prokop after a while stormed Aussig and, in retaliation for stubborn resistance, completely looted it, making no difference between German and Czech houses. Then the Hussites launched a counterattack and invaded Saxony, however, this is another история.

On the screen saver - the Czechs defend Wagenburg. In the center is a swordsman and a hakovnitsa gunner, hiding behind paveza. Picture by Magnus McBride. 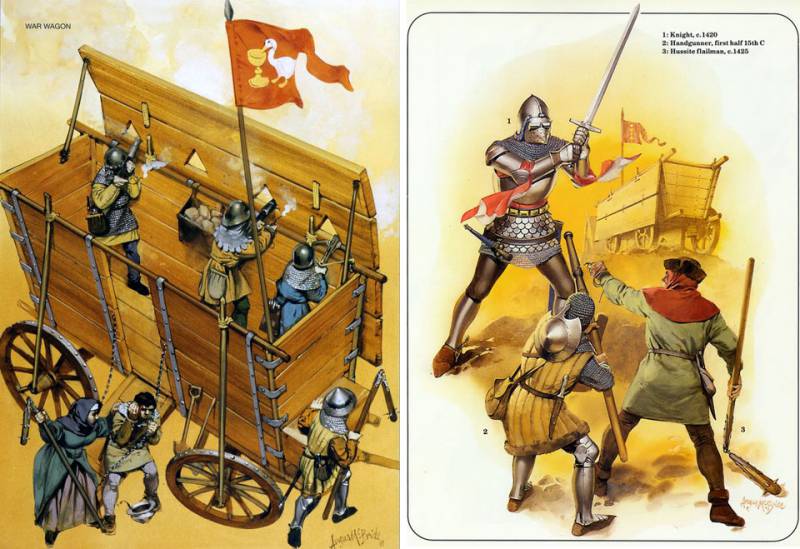 On the left is the Hussite battle carriage, which could be used as a separate mobile fortification and as a fragment of a wagenburg. On the right is a fight between a knight and the calculation of a hand made arquebus. 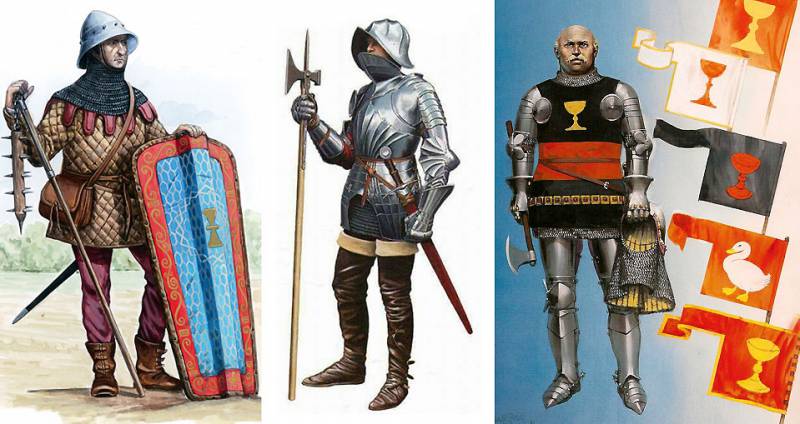 Czech soldiers of the beginning of the XV century, on the right - Prokop the Bald and the Hussite banners. 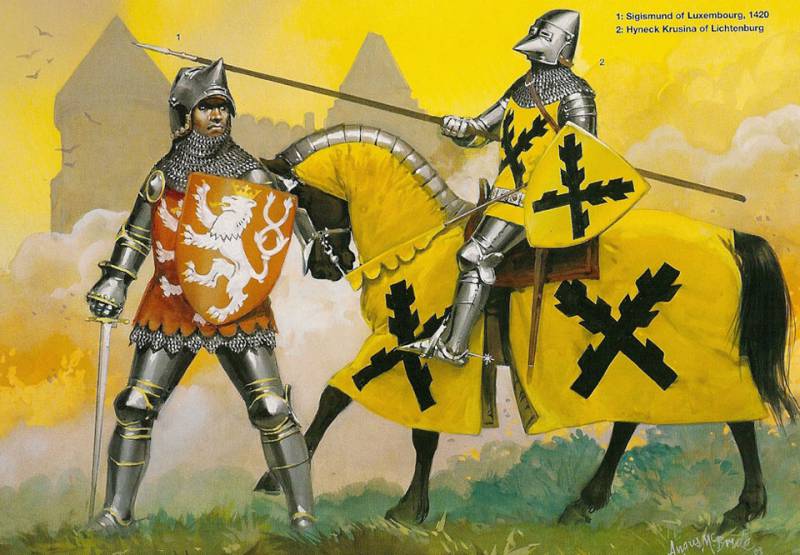 Another drawing of McBride, which depicts the main opponents of the Hussites - the German knights. 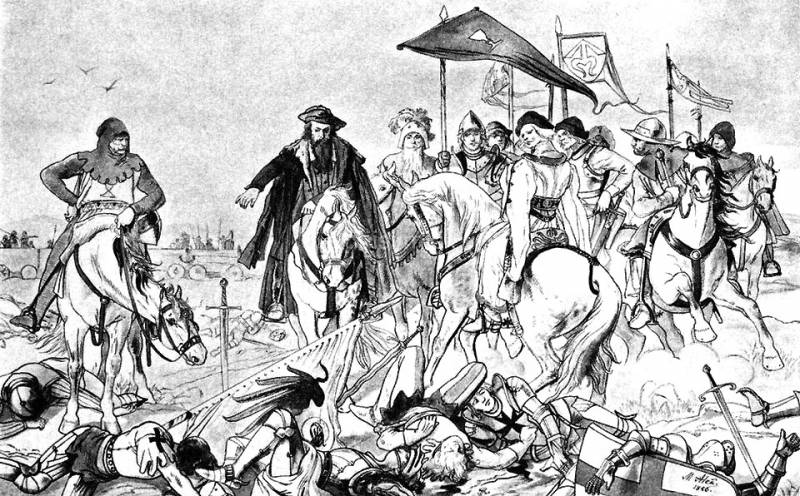 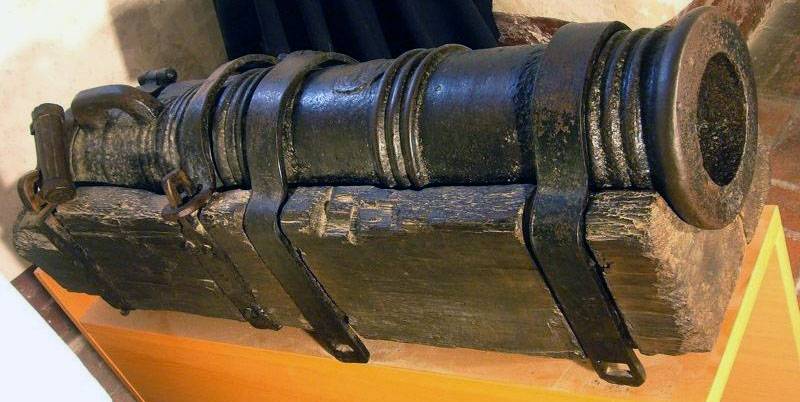 Czech or German breech-loading gun of the XV century.

Ctrl Enter
Noticed oshЫbku Highlight text and press. Ctrl + Enter
We are
Crusaders against the HussitesMother of all battles
Military Reviewin Yandex News
Military Reviewin Google News
25 comments
Information
Dear reader, to leave comments on the publication, you must sign in.