DNR: units of the Armed Forces of Ukraine are firing at the positions of natsbat, trying to squeeze them out of the Donbass

18 2016 June
68
The command of the Armed Forces of Ukraine is not satisfied with the presence of uncontrolled nationalist formations in the ATO zone, therefore artillery fire is being carried out for their positions, the responsibility for which is placed on the militia, reports RIA News statement of the commander of the operational command "Donetsk" Denis Sinenkov. 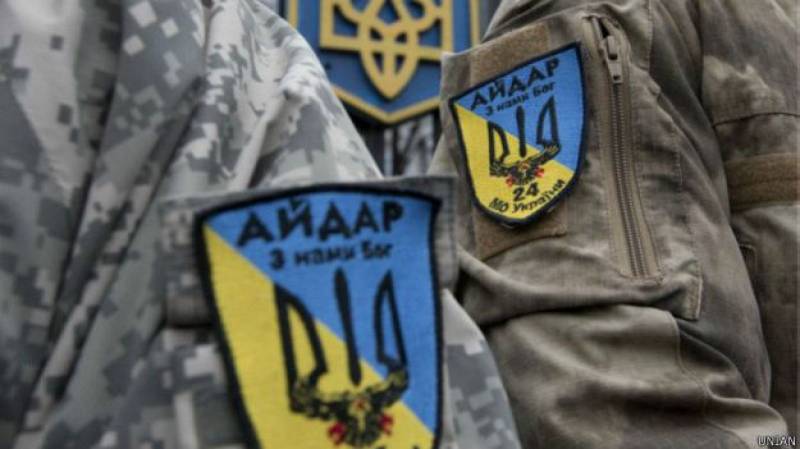 According to Sinenkov, “The losses of the extremist Right Sector and the Aydar battalion made 18 people killed and more than 25 wounded.”

These measures "command of the Armed Forces of Ukraine is taking to force uncontrolled gangs to put weapon and leave the conflict zone, "- said the commander, with reference to the" documents received from the headquarters of the ATO. "

“Only in the area of ​​Avdiivka in two days during the shelling by the Ukrainian security forces four soldiers of the Right Sector died, and 12 were injured,” he added.