"The relations of the Golden Horde with the Principality of Bulgaria" 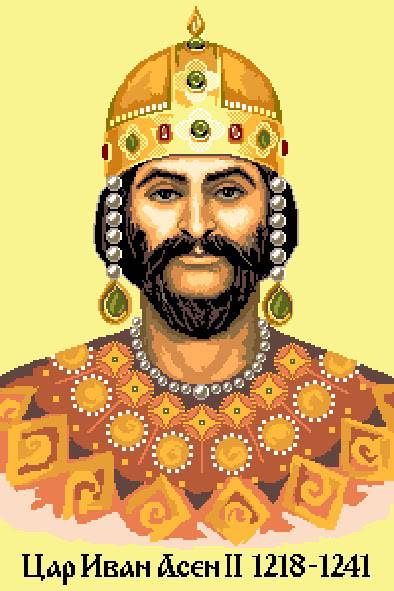 And soon the Bulgarians were forced to turn to the help of their protectorate. The Bulgarians asked for help from the Khan of the Golden Horde when, in 1261, Mikhail Paleolog VIII restored the Byzantine Empire and began to seize the southern and western territories of the Bulgarian principality. The Golden Horde Khan Berke in response to a request from the Bulgarian Tsar Konstantin Tikh intervened in Balkan affairs. By order of Burke Khan, the Nogai, led by 20 000, riders advanced to the Danube. Mikhail decided to resist Nogai, however, according to George Pachimer, when the Byzantines approached the border of the Bulgarians and saw the Mongols, they panicked and left the battlefield. Running away panically, they for the most part fell victim to the Mongol sabers. Michael returned to Constantinople on the Genoa ship. We can explain the support of Burke Khan to the Bulgarian tsar with the relations of the Golden Horde and Byzantium for that period. First, Byzantium blocked the trade route between the Golden Horde and the Mamluks through the Black Sea and the Bosphorus, which had an extremely important role for the Mamluk state, which relied on an army of slaves brought from the Kipchak steppe, the Black Sea coast and the Caucasus. 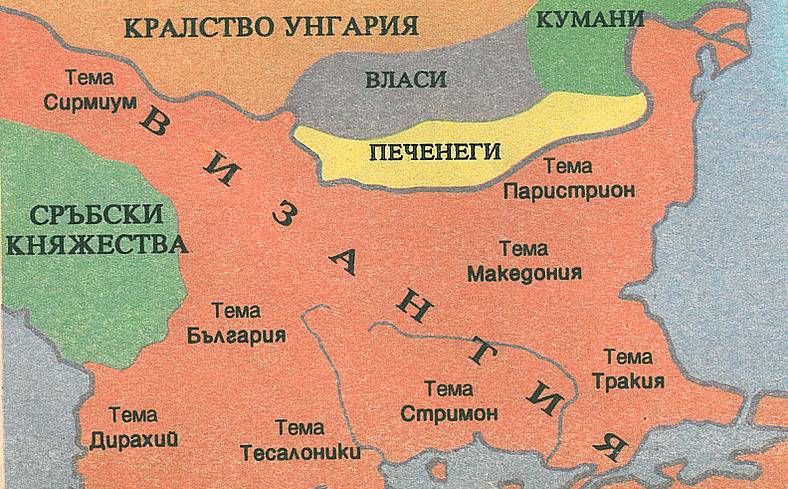 Michael’s retention of the ambassadors of the Mamluk sultan sent to Berke, because at the same time there were ambassadors of Hulagu, the common enemy Berke and the Mamluk sultan in Constantinople, and the detention of the former Seljuk sultan Izzeddin Keykavus and his relatives who sought his refuge, also caused deterioration in relations between Burke and Michael VIII. In view of all these reasons, the Golden Horde made two campaigns against Byzantium, as a result of which Izzeddin II was liberated, and Byzantium opened up a trade route through the Black Sea and the Bosporus. The army of the Golden Horde, passing through the areas of Thrace, surrounded the fortress of Ainos, freed Izzeddin and his loved ones and returned back (1262). The assistance of the Foot of the Bulgarian Tsar Tikhu also falls on this period. The actions of the Golden Horde troops with the Bulgarian detachments, the Bulgarian historian Nikov, explains the Bulgarian vassalage with respect to the Golden Horde, that is, the Bulgarians subordinate to the Golden Horde were to participate in the Tatar campaign. Istvan Vasari, on the contrary, writes that the Bulgarians and Tatar troops wanted the anti-Byzantine campaign in the hope of rich booty to join this expedition with pleasure. Anyway, both Nogay and the Golden Horde Khan Berke, and especially the Bulgarians with the Mamluks, were satisfied with the results of these campaigns. Leg, in view of his military and diplomatic abilities, was an authoritative figure in the Golden Horde, and the territory from the Danube to the Dnieper in southern Russia, to Bulgaria and Moldova, was under his control. No wonder the Russian chronicles call him the king. After Mengu-Timur, Nogay became even more influential, and Nogai’s influence in the Balkans is explained precisely by this fact. His marriage to the illegal daughter of Emperor Michael Euphrosyne (1272) also strengthened his power. This marriage was beneficial to Michael, as he was entrusted with the support of Nogai, who controlled most of the Balkans. Strengthening his authority Nogay demonstrated in his policy towards the region. For example, at that time, along with Bulgaria, the regional principalities of Vidin and Branichev fell under the authority of Nogai.

In the year 1277, after the death of Bulgarian Prince Konstantin Tikh in the Bulgarian principality, the struggle for the throne began again. Since Nogai and Mikhail supported various candidates, the Khan of the Golden Horde Mengu-Timur began to interfere in the affairs of the Balkans in order to limit the power of Nogai, but he was not particularly able to influence the course of events. 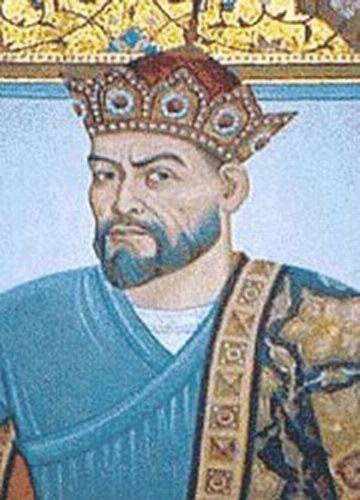 After the death of Khan of the Golden Horde Mengu-Timur (1282), his younger brother Ascen ascended the throne and reigned until 1287. But he became a friend of dervishes and sheikhs and refused the throne in favor of Tula Buk. Real power in the country, as well as control over the Balkans, was still in the hands of Nogai. The attempt of Mengu-Timur to intervene in Balkan affairs and the struggle for the Bulgarian throne spoiled the relations between Nogai and Mikhail VIII. But after the death of Mengu-Timur, Nogai appeared an opportunity to improve relations. At that moment, the Byzantine emperor was preparing a campaign against the insurgent ruler of Tesalia, Ionnes Doukas. For this case, Michael called for help his son-in-law Nogai. Leg sent to help Michael 4000 best of his riders. The emperor was very pleased with such an act of Nogai. However, the planned campaign did not take place, because in 1282, Michael VIII died.

With the death of Emperor Michael and the Bulgarian Tsar Konstantin Tikh, Byzantium and Bulgaria became even weaker, and Noghai, on the contrary, grew stronger. Soon this force on itself was tried by the new Bulgarian Tsar Georgi Terteri, who was of Kuman origin. Despite the fact that Svyatoslav, the son of Terteri, was held hostage in the Nogai Palace, and the Tsar's sister married the son of Nogai, Cheke, Nogai wanted a puppet ruler on the Bulgarian throne, completely under his control. Therefore, on the Bulgarian throne Nogai planted his own man, the Bulgarian prince Smilets (1292 – 1298). After the death of Smilets in 1298, Svyatoslav came out of imprisonment and elevated Cheke to the throne of Bulgaria (the end of 1300 was the beginning of 1301).
Thus, Bulgaria’s dependence on Nogai and his son, as well as their influence in the region, became even stronger. One of the proofs of this influence are coins with Greek letters found on the Lower Danube, on which Nogai and his son Cheke are mentioned together. Also found coins with Arabic inscriptions mentioning the names of Nogai and Cheke and the place of minting of the city of Sakci. Istvan Vashari, based on these data, asserts the founding of the Nogay new Ugus Nogidov with the capital Sakchy. 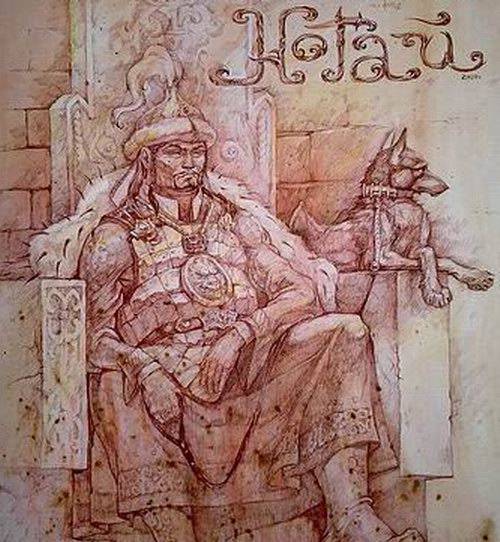 Nogay did not disregard the Serbian principality. In 1280, the vassal Nogaya, the Vidin prince Shishman, led a Bulgarian-Tatar army, made a campaign in Serbia and caused destruction as far as the Tail. In response, the Serbian king captured Vidin and raided the principality of Branichev, which was under the rule of Nogai. Upon learning of this, Nogai immediately ordered to assemble an army of Mongols, Kipchaks, Alans, Ases and Russians. Serbian king Milutin, realizing that he could not resist the troops of Nogai, sent the embassy to him in recognition of Nogai’s power, supplying him with expensive gifts, and also sent his 17-year-old son Stefan to him as a hostage. This was enough to Nogay refused to hike. Thus, in 1292, the Serbian principality from the northern and middle parts of the Balkan Peninsula__ fell under the control of the Golden Horde. In a short time, the Golden Horde managed to unite the Eastern and Balkan Slavs "under one roof". Later in the XVIII – XIX centuries. Russia pursued the same goal, but in spite of all efforts, it did not manage to repeat the success of Nogai.

Among the reasons for the forgiveness of the Serbian king Nogai was not only the recognition by Milyutin of his power, but also the internal political position in the Golden Horde. In 1287, the year of Tula-Buka, nominated to the throne of the Golden Horde by Nogai, fell victim to intrigues arranged by Nogai himself, and again with his help, Tokta ascended the throne. However, Tokta, unlike the previous khans, could not tolerate the interference of Nogai and his children in the affairs of the state, and during the battle of two Golden Horde troops (Tokta and Nogai) in 1300, Nogai was killed. When Tokta Khan really seized power in the Golden Horde, Svyatoslav was not sent to provoke Tokty Khan, the son of Nogai Cheke was sent to prison (and later with the consent of Tokta he was strangled) and declared himself the prince of Bulgaria and the vassal of the khan. In this way, Chingizid Cheke (singled out by me, Mengel Olys) sat for two years on the throne of Bulgaria.

The death of the Foot affected the position of Byzantium. The Bulgarian prince Svyatoslav, due to his relative emancipation, made the most of the weakening of the Byzantine Empire. He raided the north of Thrace and captured the Byzantine port cities on the Black Sea. However, the emperor did not have the strength to fight the Bulgarians and in 1307, he meekly signed an agreement on all the occupied territories and married one of his granddaughters to Svyatoslav. If Nogay were alive, then we can assume that events would have developed in the opposite direction.