20 2016 June
47
NATO Secretary General made an interesting statement. According to him, in some cases, cyber attacks can be interpreted as a challenge for the entire North Atlantic alliance. The call will be answered: “A serious cyber attack can be classified as a precedent for the alliance. Then NATO can and should respond ... ” 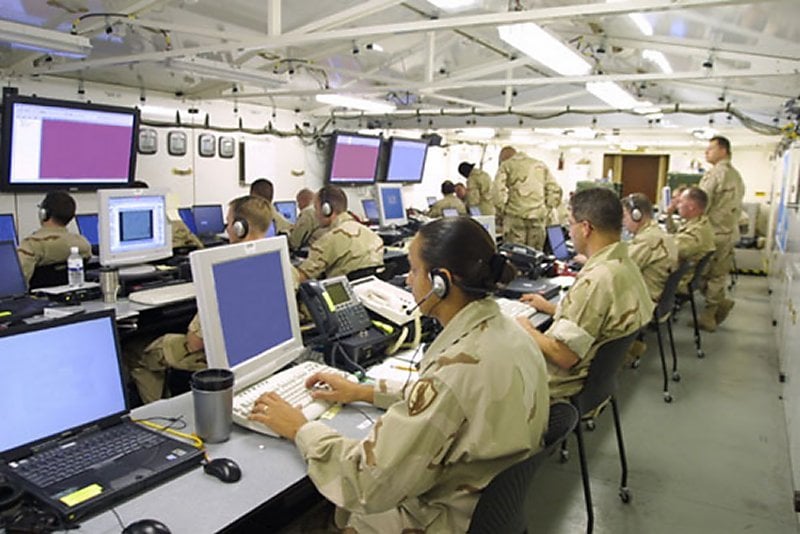 According to Jens Stoltenberg, in the future, the North Atlantic Alliance can respond to cyber attacks by deploying conventional weapons, writes RIA News". “A serious cyber attack can be classified as a precedent for the alliance. Then NATO can and should respond, ”Stoltenberg told Bild.

"How - it will depend on the severity of the attack," - said the secretary general of the alliance.

He also said that NATO needs to adapt to the increasingly complex series of threats. That is why the member states of the alliance agreed to defend themselves against attacks in cyberspace, as well as from attacks on land, in the air and at sea.

Words about “adapting” are not just said. The fact is that the alliance does not yet have a strategy to counter the enemy in cyberspace. David Sanger writes about this in a newspaper. "New York Times".

The title of his article mentions "Russian hackers." According to the author, Putin’s fighters of the invisible front are everywhere - from Ukraine to the Baltic States, and even climbed into Finland and Sweden. The latter interest is probably related to the fact that Russia does not want the traditionally neutral Finns and Swedes to come closer to NATO. The other day, when NATO conducted naval exercises, including in Finland, hackers turned off the website of the Finnish Ministry of Defense.

The author also assures the public that the Russians spied electronically against the Dutch commission investigating the crash with the Malaysian Boeing airliner.

And in the German intelligence service BND told American officials that Russian hackers were behind cyber attacks targeting the German steel industry.

A NATO center for studying the vulnerabilities of the alliance’s cyberspace is now located in Estonia. Here we study the possible response to attacks. It is believed that the Western alliance has yet to develop a strategy to counter the "increasingly aggressive actions of Russia in cyberspace." Apparently, the journalist agrees with this, since he reminds: yes, conferences are often held and documents are accepted, but there are no serious military plans other than blocking the alliance’s own networks. Russia, China and Iran are conducting increasingly sophisticated offensive operations in cyberspace, but NATO does not even have a common response mechanism. And this gap “contrasts sharply” with NATO’s strategy adopted in the area of ​​countering “more familiar threats.”

However, two years ago, NATO declared that the alliance could equate cyber attacks against one of its member states to an armed attack. And all NATO members will have to respond to the aggressor. Yet, when it comes only to deterring espionage and attacks of European computer networks recorded every week, the NATO command does not seem to be ready to take the aforementioned “aggressive” countermeasures, Sanger believes. Jens Stoltenberg rightly asserts that the alliance in cyberspace must "defend" (not attack). This is some kind of outdated strategy, from the twentieth century, when there were no cyber attacks. That is why James Lewis from the Center for Strategic and International Studies in Washington notes that the Russians can do whatever they want: they know that there will be “no answer”. In addition, Russian specialists are able to hide their ends in the water - for example, the way they did at the end of 2015 of the year, “attacking the Ukrainian power grid”. There even American intelligence officers could not understand anything.

“The biggest problem in cyberspace is deterrence,” says Mr. Ilves, President of Estonia. He puts the problem of preventing cyber conflict at one of the main places in politics. “We talked about the need to combat them [cyber threats] within the framework of NATO for several years,” the journalist quotes the president. Ilves fears that Russia or hackers of another state will soon move on to the next level of invasion: they will begin to “subtly manipulate” medical records, operations with weapons systems and navigation data.

The “answer” to hackers, we add, is hardly possible for the entire alliance, and even more so the answer in the form of the use of traditional weapons. It understands Stoltenberg, understand others. Therefore, the statements are serious, but more like a shaking of air. And there is no place to take strategies, for the enemy is invisible. After all, even the vaunted American intelligence is often unable to understand exactly where the cyber attack came from. Russian can be suspected, you can designate them as the main enemy, but starting a real war with them because of suspicion would be the height of stupidity.

Some Russian experts, however, seriously sounded the alarm and even advised to prepare for war. This is not a joke or a duck.

Expert of the Association of Independent Military Political Scientists Alexander Perendzhiev said in an interview "Free Press"that the world community needs to prepare for a global war.

“At first glance,” he noted, “it seems that lately Stoltenberg has gone mad. Of course, he performs some kind of political order. He was given a task, and he performs it. I am sure that Stoltenberg’s activity in the information space is associated with the upcoming July NATO summit in Warsaw. But overall, NATO’s belligerent and anti-Russian rhetoric will only increase. And the feeling that there is no limit to this. They are trying to create a need for aggressiveness in world public opinion. ”

In fact, it is extremely dangerous. In the Western world, before you do something, loud political statements are made. After realizing that public opinion supports certain actions or simply does not oppose, the implementation phase begins.

The statement about cyber attacks means that now you don’t even have to wave the tube with white powder. Say, there was a cyber attack, and we begin hostilities. And what was the cyber attack, who conducted it, was she at all, no one would know. That is, NATO wants to act according to the principle “you are guilty of the fact that I want to eat”.

Nevertheless, we add that the alliance has no strategy for collective counteraction against cyber threats and moreover there is no strategy for an "asymmetric" response to cyber threats - that is, direct military means. It is absolutely not clear by what means: tanksmissiles or bombs. It is not clear who to iron with tanks or to bomb, because the enemy is invisible. It’s not so easy to prove that Russians, Chinese, or anyone else have been somewhere. Most often, it’s completely impossible.

And we will not believe that the secretary general of the alliance is convinced of the need to bomb Moscow simply because of suspicion: uh-uh, it seems that these “aggressive” Russians launched hacker attacks against some steel mills in Germany or rummaged through “medical records” in Estonia, and therefore let's launch a couple of missiles in their direction or send bombers to them. Apparently, Stoltenberg simply makes loud statements before the upcoming Warsaw Summit of NATO, "promoting" the event and "preaching" the inviolability of the alliance. But such statements themselves hardly oblige it: these are words, and not an approved and adopted document.