20 2016 June
31
Sirken tank is a symbol of a heavy project tank breakthrough, which was developed in the USSR in January 1933. The project was born within the walls of the design bureau of the Bolshevik plant under the direct supervision of engineer Konstantin Karlovich Sirken. According to the project, the heavy tank was to receive ballistic armor and powerful artillery weapons located in several towers. However, in the end, the project never left the stage of outline design.

The design of the Sirken tank belonged to the “golden” century of world tank building. It was in the 1920-e and 1930-e years in the period between the two world wars in the world explosive growth of interest in creating the most incredible tanks was recorded. Since the beginning of the Second World War, designers didn’t care about the extravagance: all participants in the conflict needed reliable, simple and well-protected tanks that could be produced en masse, launching combat vehicles in huge batches with minimal costs for their mass production. Against this background, only the German tank industry stood out with its heavy tank "Tiger" and conditionally medium tank "Panther". These combat vehicles were difficult to attribute to easy-to-use and production.

The tanks, developed during the 1920-30-ies, were born in the calm period without much detail about their use on the battlefield and the nature of the upcoming battles. Before the outbreak of World War II, armored vehicles were massively used only twice: during the Spanish Civil War, as well as during the Soviet-Japanese conflicts that occurred on Khalkhin Gol and Lake Hassan. At the same time in these conflicts are not used heavy tanks. At the same time, engineering thought was no longer in place, and the design offices of the USSR, Europe and the USA literally fell ill with tankomania. The development of armored vehicles has become incredibly fashionable, allowing designers to implement their most innovative and ambitious ideas.

Back in 1929, the Soviet Union created the Office for the Mechanization and Motorization of the Red Army (with 1934, it became known as the Armored Directorate). The members of the management were quite progressive people who tried to develop their own, Soviet classification of armored vehicles. As a result, in their classification there was a place for 5 types of tanks: reconnaissance, combined, operational, high-quality reinforcement tank and powerful special purpose tank.

The field for the activities of Soviet engineers and designers was quite extensive. The first three types of tanks could be safely attributed to light or medium ones, or even to tankettes, which could solve part of the proposed tasks, for example, reconnaissance, while the latter two were heavy machines. At the same time they had different functions and purpose. The tank of high-quality reinforcement was to take part in the breakthrough of the heavily fortified defensive lines of the enemy, while having good weapons and armor in combination with the fleet that would keep up with the advancing troops, providing them with fire and maneuver. But the “powerful special purpose tank” could already be viewed from different points of view. The specification for this car provided for the availability of counter-reservation and weapons that would be able to cope with the enemy’s concrete fortifications. In fact, it could have been about the artillery ACS.

The concept of this tank was innovative, that at the beginning of the 30-ies of the last century was the reason for the emergence of a large number of unique projects for tank building. Since the concept itself was vague, and none of the Soviet designers had any ideas about the “ideal” tank, they used not only their own experience, but also foreign experience. As a result, multi-tower tanks with their multi-tiered location appeared. The multi-tiered location of the towers helped save space in the tank hull and better shelling radius. There was also the possibility of installing the main and auxiliary guns, a large number of machine guns. 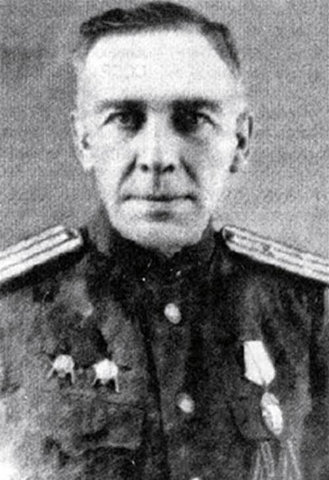 It is now worth recalling the Soviet designer Konstantin Sirken (1888-1963), a man who was tied to armored vehicles by the First World War. This specialist is entirely related to the generation of revolutionary enthusiasts who themselves have made their careers, being a native of the common people. The son of a valet and laundress, who has a 3 class behind the general education school and worked as a turner at the Admiralty shipyards of St. Petersburg, he was able to use the fruits of the revolution. The social elevator brought it up to the Stalin Prize, which the designer received in 1951 year - “For the fundamental improvement of naval artillery production methods”. It is worth noting that to get the Stalin Prize, without having any real services to the country, in those years it was simply impossible. A curious detail is the fact that Sirken took part in the first Russian Olympiad, which took place in 1913 in Kiev. He took part in weight-lifting competitions, winning a silver medal.

By 1933, Konstantin Karlovich was already a fairly well-known and respected specialist with extensive experience in the field of creation of armored machinery. During the Civil War, he was involved in the construction of armored trains, and then he headed an artillery plant, was later appointed Marshal Klim Voroshilov to the commission of the Supreme Economic Council for the purchase of foreign technologies and traveled abroad, where he got acquainted with samples of new tanks. Over time, he became first the chief engineer, and then the director of the tank department of the Leningrad plant "Bolshevik", later transformed into the Plant of Experimental Mechanical Engineering No. XXUMX.

At the very beginning of 1933, Sirken undertakes to develop a project for his own tank. But since at that time he was still more of an artilleryman than a tank builder, he turned out to have a classic “land battleship” of the sample of the First World War, although taking into account all the advanced technical achievements of the last few years. The design of the Sirken tank today can serve as a clear confirmation of how vague the ideas of what kind of tanks armies needed and how exactly the price and quality parameters should be balanced, as well as the possibility of launching the machine into mass production. 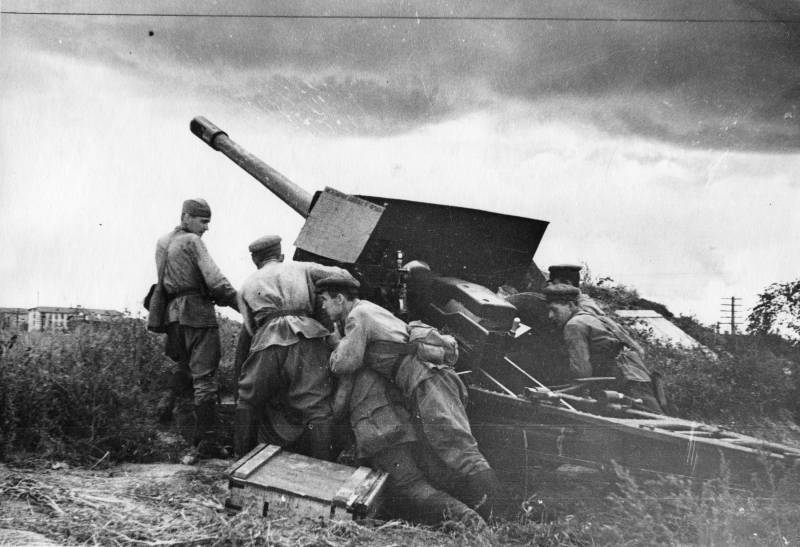 Arming his heavy tank Sirken planned 107-mm gun model 1910 / 1930, which was produced at the factory "Bolshevik" in Leningrad (former Obukhov factory), as well as in Stalingrad at the factory "Barricades" from 1931 to 1935 years, at least. The 107-mm 1910 / 1930 model cannon was a heavy artillery gun of the interwar period. This tool was specially developed for Russia by the French, the French company Schneider worked on its creation. During the modernization of the 1930, the following significant changes were made to the design of the gun: the barrel length was extended by 10 calibers; the gun acquired the installed muzzle brake; there was a separate sleeve loading.

The main problem was that it was not technically feasible to develop a tank turret for the 107-mm guns in the 1933 year. The length of the barrel without the muzzle brake was more than 4-meters, and the mass of the gun in the combat position was almost 2,5 tons. The way out of this situation was the installation of 107-mm guns in the frontal part of the hull. K. Sirken presented his version of a heavy breakthrough tank in January 1933 to the state commission. The development of the combat vehicle proceeded in parallel with the work on the Danchenko project. Sirken developed his project in the Bolshevik design bureau. On closer examination of his project, the influence of foreign experience of tank building, for example, tanks of the First World War period, is clearly guessed. And the chassis of the Sirken tank was almost completely copied from the British Vickers MK.E chassis, which was widely known as the Vickers Six-ton ​​tank and became the basis for the T-26 family of Soviet tanks. In terms of layout, the design of the Sirken tank was closer and somewhat reminiscent of heavy French tanks.

For each side, the Sirken heavy tank undercarriage included two sets of carts with 4 supporting rollers each and 6 supporting rollers, as well as front driving and rear guide wheels. Tracked from steel tracks.

The layout of the heavy tank Sirken was significantly different from the classic layout. At the same time, by that time, the Soviet military preferred tanks with a serious set of weapons. Therefore, in his project, the designer took into account their wishes, the new tank was planned to be equipped with four different-caliber guns at once. At the stern of the tank was a turret with an 76,2-mm cannon installed in it (horizontal guidance angles - 220 degrees). In the middle of the hull there was a commander tower with a dome for observation, this tower could conduct circular shelling (at 360 degrees), it was planned to install two 45-mm 20K guns at once. To combat the low-flying aircraft of the enemy, several machine guns were installed on the tank. In the front of the car, in the front hull of the hull, an 107-mm 1910 / 1930 sample gun was placed (horizontal guidance angles - 20 degrees).

The tank hull was assembled from armor plates with a thickness from mm 20 to mm 80. The commander’s tower could rotate 360 degrees and had a round-trip booking - 80 mm. The plans of the creator of the tank as a power plant considered a powerful gasoline engine that developed the 1500 HP. With such an engine, a tank that weighed more than 80 tons, according to technical calculations, was supposed to accelerate when driving on a highway to a speed of 30 km / h. Such a speed quite suited the Soviet military.

As a result, the design of the Sirken tank was thoroughly reviewed and rejected by the commission for a variety of reasons, among which were flaws and miscalculations that were made in the drawings and design. As a result, the project never went beyond the sketch stage; this combat vehicle was not released in metal. Also, the state commission was concerned about the suspension on leaf springs, which was clearly not suitable for a combat vehicle weighing about 85 tons. Suboptimal was the placement of weapons. But one of the most important problems was in the engine, which was inaccessible to the Soviet industry of those years, however, in the world no one could boast of having such a motor. Some countries switched to their development only during the Second World War.

Tactical and technical characteristics of the tank Sirken: