Four NATO battalions near Russian borders should not be underestimated 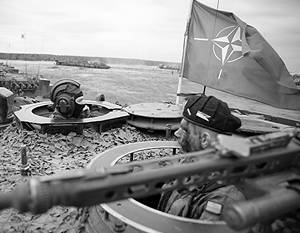 NATO decided to deploy (on a rotational basis) the four battalions of the alliance in Poland and the Baltic countries in response to the so-called Russian aggression. The number of troops deployed may seem insignificant, but the significance of this event is extremely important in terms of the defense of our borders.


A diplomatic source close to the North Atlantic alliance, confirmed RIA "News”That the deployment of NATO advanced troops in Poland and the Baltic countries will begin in January 2017. The day before, the defense ministers of 28 of the NATO member countries approved the deployment of one battalion of the alliance on a rotating basis in Latvia, Lithuania, Estonia and Poland.

According to the head of the Pentagon, Ashton Carter, following the NATO ministerial meeting, the main countries to form four battalions will be the United States, Germany and the United Kingdom.

Simultaneously with the announcement of the deployment of the NATO military in Poland and the Baltic states, the alliance made another decision on the "Eastern Question". On Wednesday, NATO leaders and representatives of the Kiev authorities approved a Comprehensive Plan to Support Military Reforms in Ukraine, for which the Alliance advisers will be sent to the country. This was stated by Stoltenberg after the meeting of the NATO-Ukraine Commission at the level of defense ministers. According to the NATO Secretary General, the reform of the Ministry of Defense of Ukraine will end in 2020 year. "We are confident that when the reform plan is implemented, the Armed Forces of Ukraine will fully meet the criteria of NATO," TASS quotes Stoltenberg.

In turn, the head of the Ministry of Defense of Ukraine Stepan Poltorak said that Ukraine at meetings with NATO representatives raised the issue of their participation in the alliance's initiatives to strengthen its presence in the Black Sea, but there is no specifics on it yet.

Officials in the United States have already commented on the imminent deployment of NATO troops in Eastern Europe.
According to US Permanent Representative to NATO Douglas Lute, the number of each unit deployed in Poland and the Baltic States can be from 800 to 1 thousand people, they will replace each other every 6 – 9 months, but this will ensure the continuous presence of the battalions in these countries.

The exact composition of the battalions has not yet been determined. However, the representative of the alliance noted: the NATO leadership expects that they will have the ability to self-defense and have certain armored reconnaissance capabilities, as well as air defense and artillery.

The German edition of DW emphasizes that the expansion of the presence of NATO troops in the east of the alliance is in order to contain Russia.

Expansion during the "Anaconda"

The decision on the deployment of additional battalions was made when the largest stories NATO exercises "Anaconda-2016". The main part of the exercises involving airplanes, ships, military vehicles and 31 thousands of military (12 thousands from Poland) from 18 NATO countries and 5 countries of the Partnership for Peace program will be held in Poland on June 7 – 17. Thousands of pieces of military equipment, 3 airplanes and helicopters, and 105 ships are involved in the teachings. Recall that the exercises "Anaconda" are held from 12 year every two years.

Associate Professor of the Department of Political Science and Sociology of the PRUE. Plekhanov, an expert of the Association of Military Political Scientists, Alexander Perendzhiev, notes that at the first approximation it may seem that what is happening near the borders of Russia does not threaten it, but in reality the situation may look different.

He explained that the Anaconda exercise was conducted in the context of the further development of NATO’s military infrastructure along the borders with Russia. The expert expressed confidence that the project for the deployment of the forward detachments of the alliance as part of the free battalions was ready even before the holding of military exercises. And the information that the deployment will begin in January next year, and not later, indicates the appearance of appropriate sources of funding.

“Why was this decision made? It is clear that a meeting of NATO defense ministers was held. Apparently, during this meeting, a specific search began for sources of funding for these battalions. I think this creates an informational agenda on the eve of the NATO summit in Warsaw. This shows how quickly issues are resolved, ”Perendzhiev told the VIEW.

As for the issues of direct threat to Russia, the expert believes that for the time being the foundation is being created for putting pressure on our borders. “Where there are four battalions, then on their base you can build up a grouping.” Therefore, it should be considered as a threat. Units near the Russian borders appear that are not divisions of a particular country, but as NATO troops. And this speaks of purposefulness against the country where they are located. Talking about protection is weird. These states can also defend themselves. And NATO troops can come to the rescue. And if they deploy them, it means that this is no longer for defense, but the buildup of a group is precisely for a possible attack on Russia, ”Alexander Perendzhiev believes.

Russia has repeatedly expressed concern about the expansion of NATO to the east. Moscow noted that this violates the Russia-NATO Founding Act. A spokesman for the Russian president, Dmitry Peskov, said earlier that Russia was not a threat to anyone, but would not disregard the actions of the West.

Andrei Kelin, director of the department of pan-European cooperation at the Foreign Ministry, said on Wednesday that “if NATO at the Warsaw summit finally approved the deployment of four alliance battalions in the Baltic States and Poland, this will be one of the topics discussed at the next meeting of the Russia-NATO Council”. “Military activities were the subject of the previous meeting, which took place on April 20,” he reminded, adding that the issue of holding a meeting of the council “is still under discussion.”

Ctrl Enter
Noticed oshЫbku Highlight text and press. Ctrl + Enter
We are
As NATO instructors in the territory of a military base in Estonia, trained Ukrainian nationalistsHow Latvia pragmatically and constructively cooperates with Russia
Military Reviewin Yandex News
Military Reviewin Google News
229 comments
Information
Dear reader, to leave comments on the publication, you must sign in.