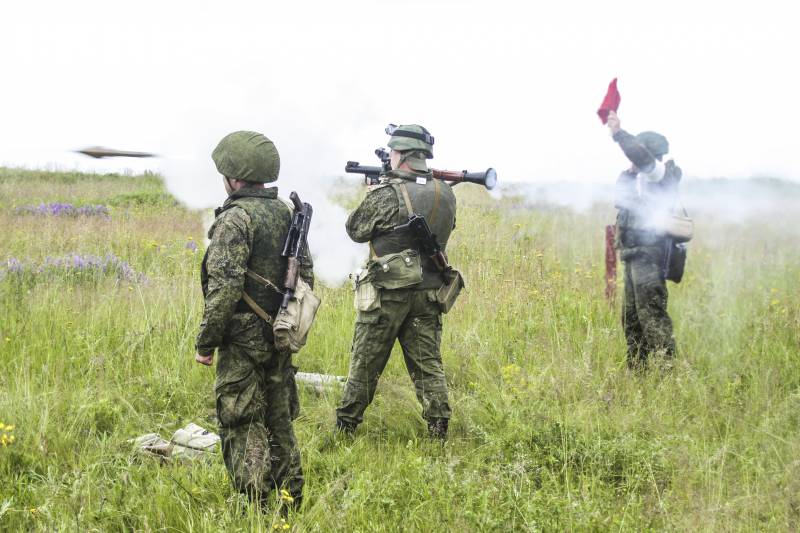 Observing what is happening in our armed forces, it turned out to raise such a moment as the training of the "adjacent" specialty. For all those who have given their due amount of their lives to the troops, terms such as "gunner-radio operator", "driver-gunner" and others are not new. It was, is, and, I hope, will be.

Communicating a certain number of years ago with acquaintances who had come from the army, noted with regret such a thing: many who served in artillery, missile forces, communications, said that the machine gun was held for the whole service life a couple of times: KMB (with the obligatory shooting of 3 -5 cartridges), oath, a couple of field exits. About proper possession of personal weapons speech did not go at all.

But today we will not discuss this problem, if one exists. On the contrary, I want to talk about the part where this is a complete order. As an example.

We got to the training sessions of the 488 of the rocket brigade. Classes were not ostentatious when there is a high command and a bunch of federal TV channels. Were just us. That is, they observed what was not intended for wide coverage, but was carried out as a training process.

It should be noted that the 488 Brigade is considered the best in our 20 Army and one of the best in the district. And the example of the workflow in the team is to learn many others.

The fact that the rocket men are not ordinary people, I was convinced when in April I was shooting the preparation of salute calculations. There was a little material about this, surprisingly, fireworks and salutes were occupied not by artillerymen, but by rocket men. Related specialty.

But it turned out that the brigade also duly applied to the training of personnel in terms of possession of personal weapons. The driver must be a gunner - a helmet, a bronik, a machine gun - and on the firing line. It is worth in the column "specialty" position "driver of TZM-grenade launcher" - be kind, hit the target with a grenade from an RPG. Fall, by the way.

The essence of what is happening is simple. As Comrade Major, who led the RPG firing practice, explained to me, the drivers of TZM and other vehicles, if they advance to the line, fulfill the role of combat guard, while the rest of the staff take up preparations for the launch — that is, we will train and train.

And they teach and train. Convinced in practice.

By the way, with considerable surprise, I saw women returning from firing lines. I asked the fighter: who is it? "And this is a medical unit headed by a psychologist," was the answer.

But the most interesting thing was at the end, when six buses of conscripts were brought to the firing range of the brigade. And the fighters instantly retrained as shooting instructors and snail drivers. The screams became louder and louder, and the snails really ran.

But let's start in order. 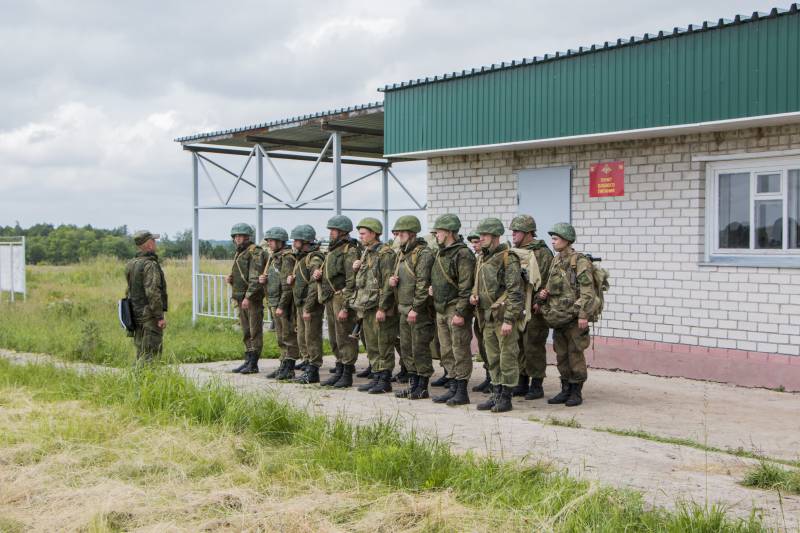 It all starts as laid: with the construction and instruction. 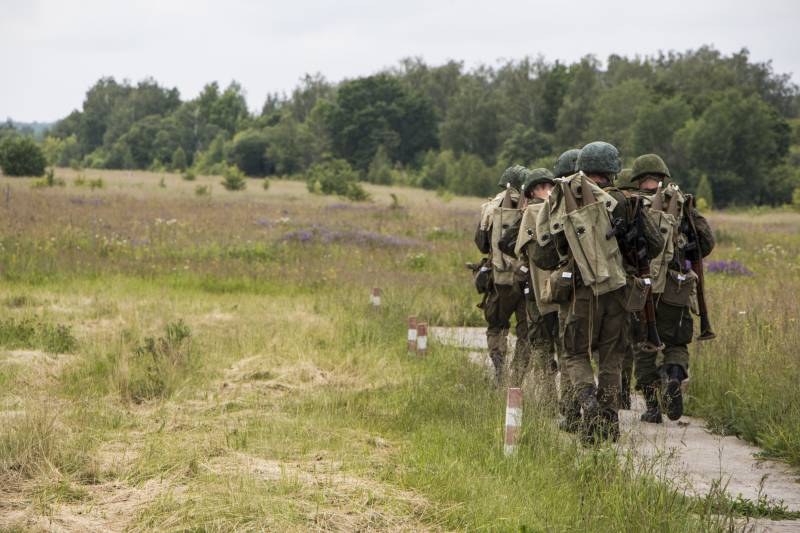 Nomination to the firing line 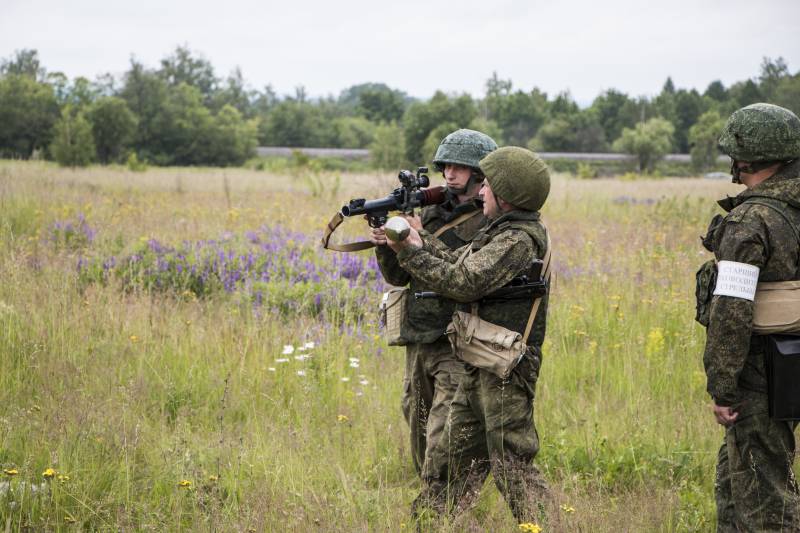 Further, in principle, everything is pretty monotonous. But loud. 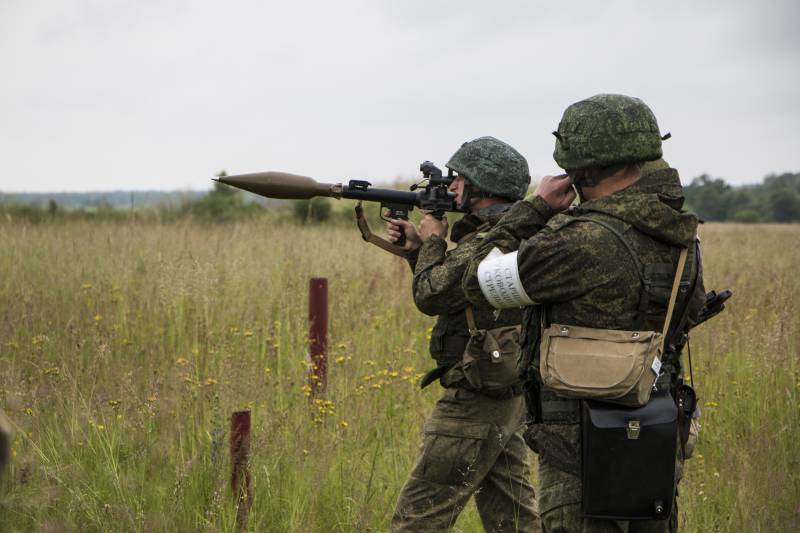 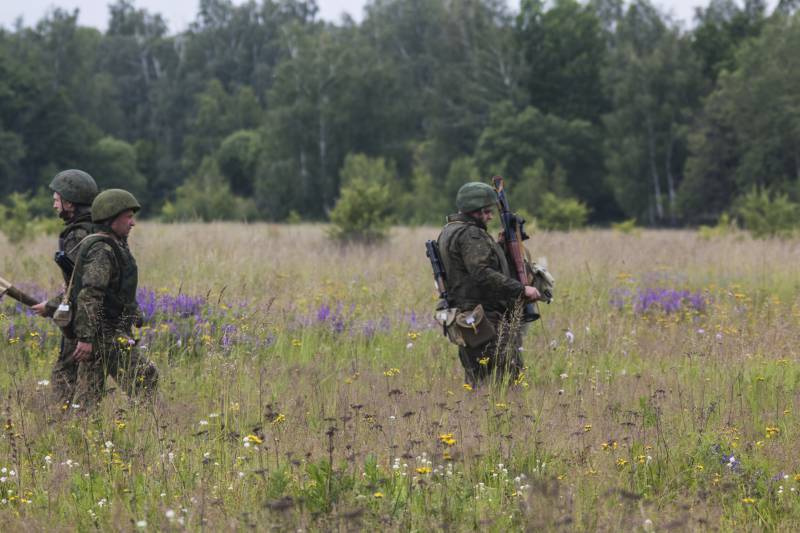 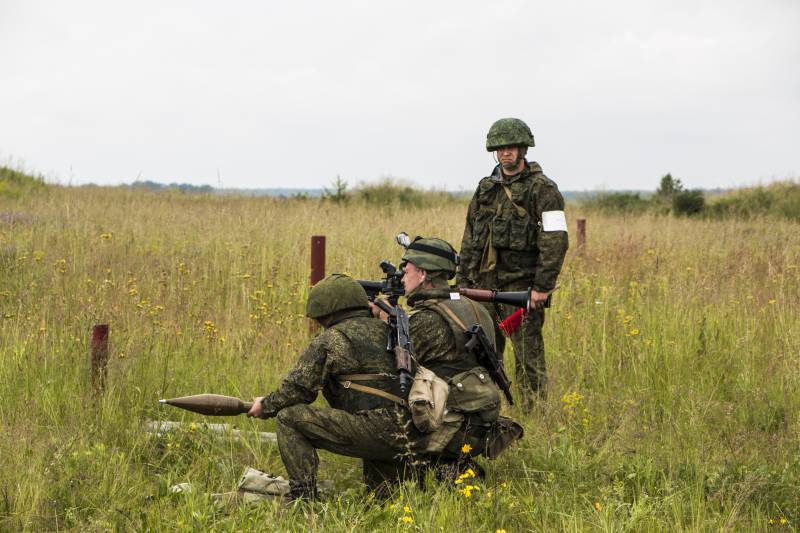 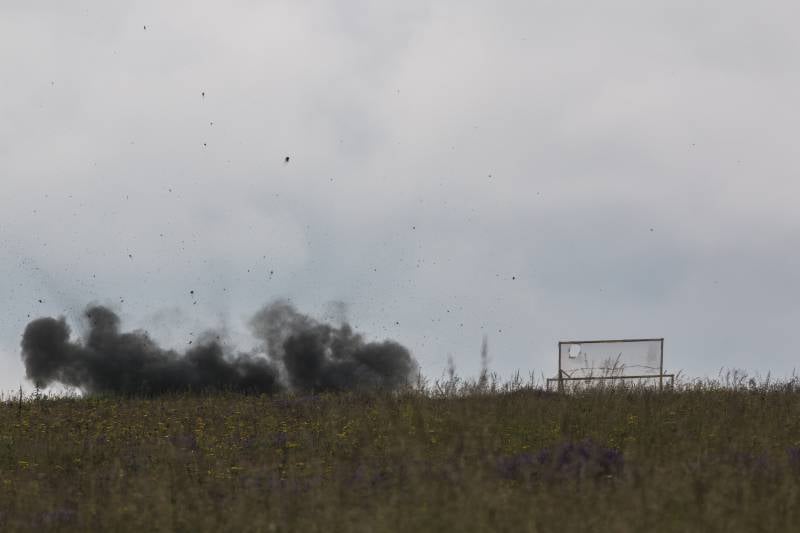 The first hit in the target.

Speaking of targets. I asked a stupid question why not shoot at armor. The answer was simple: where would take it in the missile unit? Tried to expose the old trucks, but they end after two hits. Clean up longer scrap metal. So it's easier on the layout. And hemorrhoids less.

I really wanted to catch a beautiful frame. Shooting went on, we gradually stumbled, but somewhere on the thirtieth shot lucky: 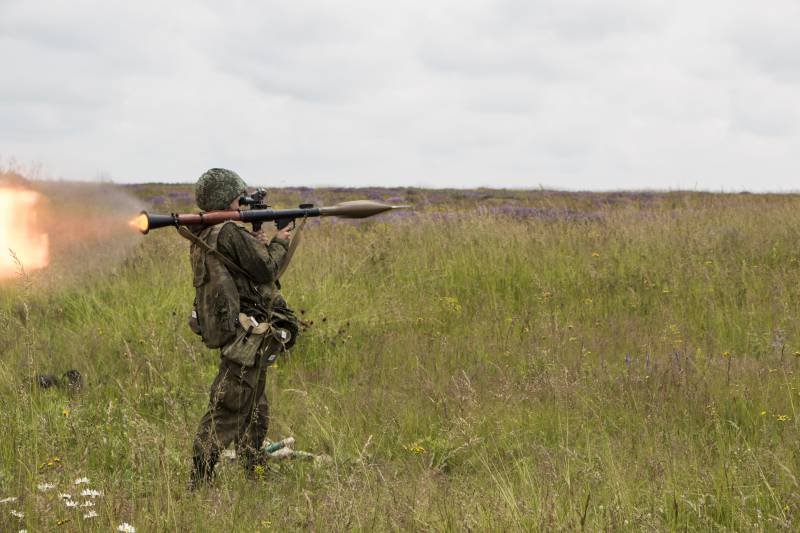 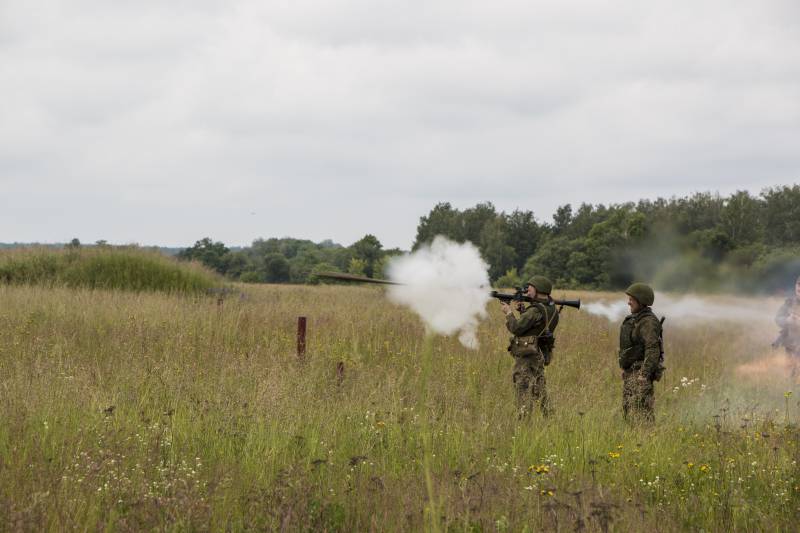 Meanwhile, at the shooting range, the work went on as usual. 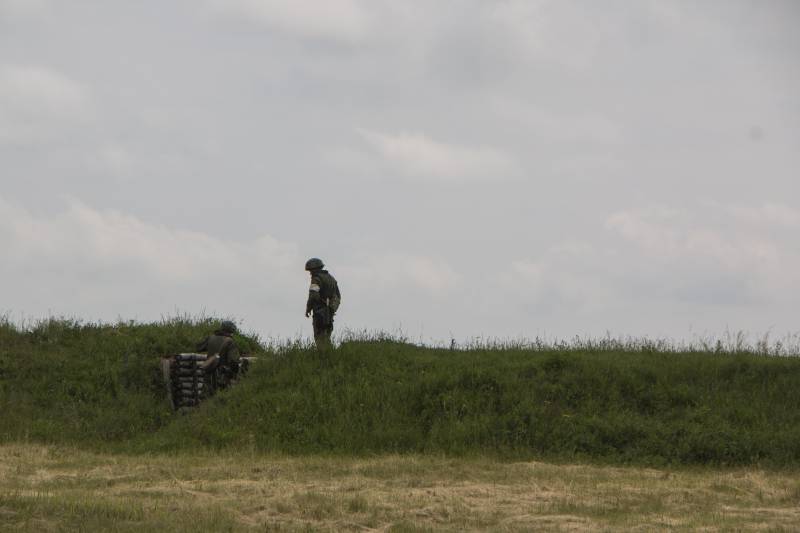 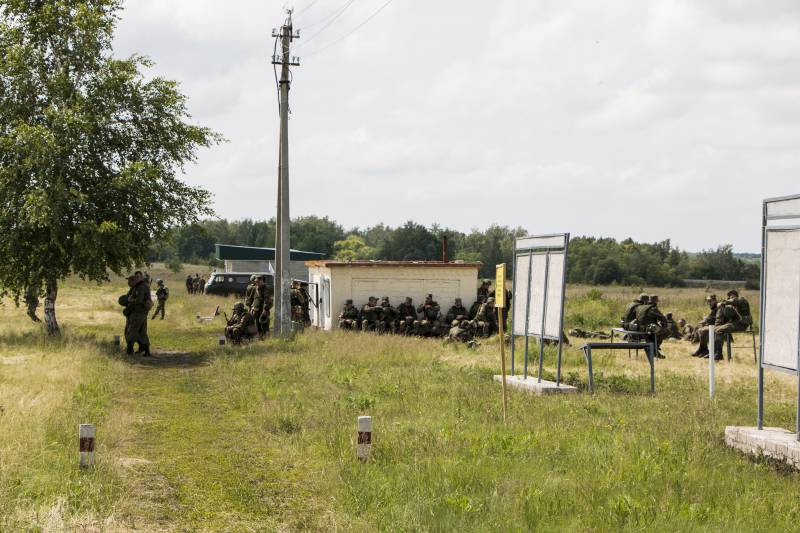 Shot out people quietly crawled into the shadows. 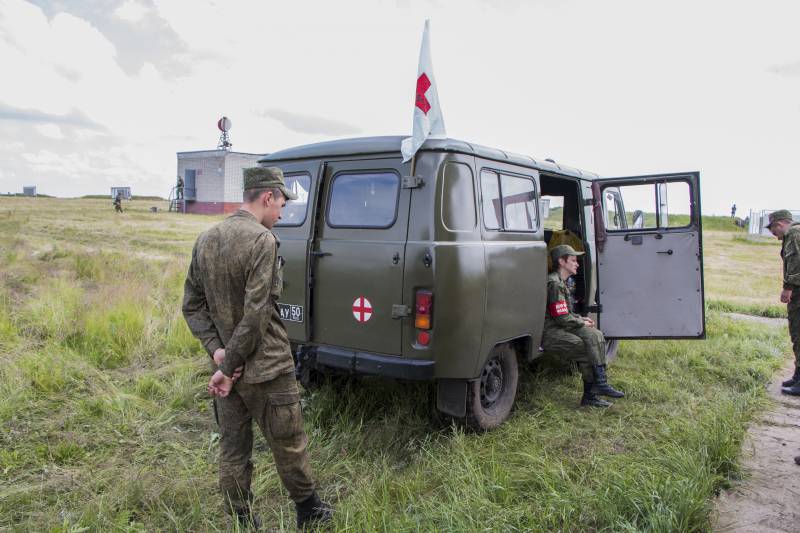 [/ Center]
Doctors frankly bored, for them there was no work. 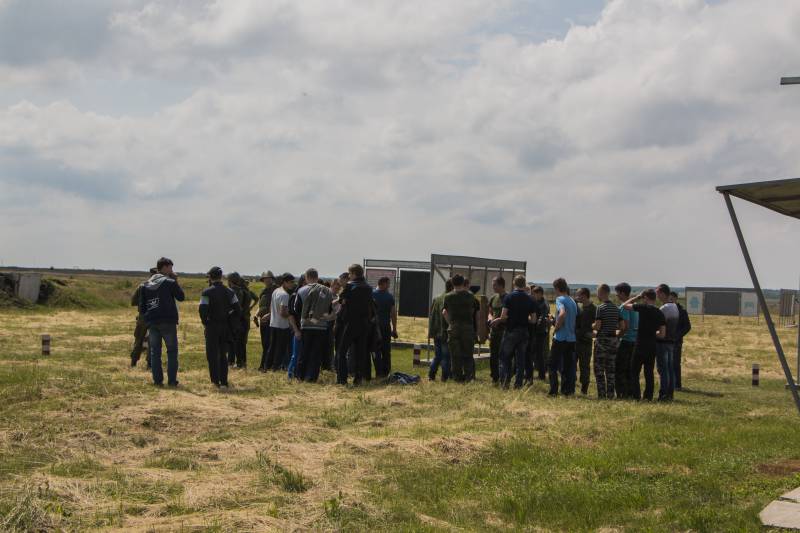 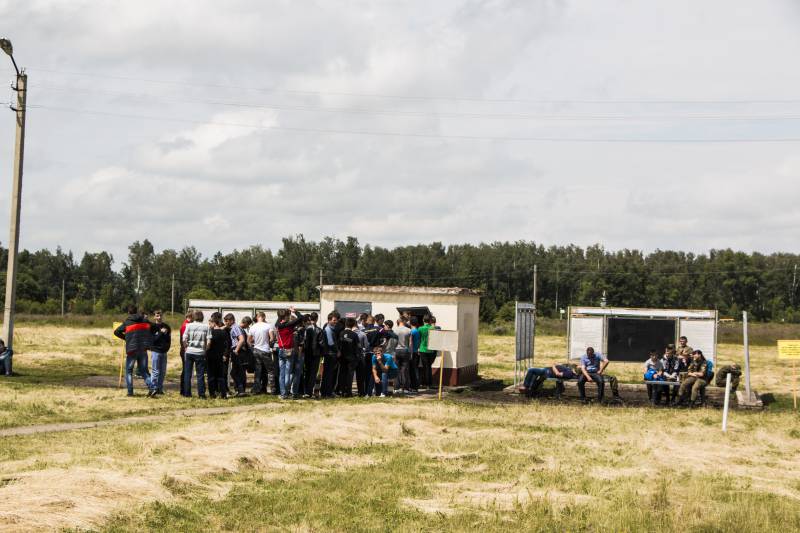 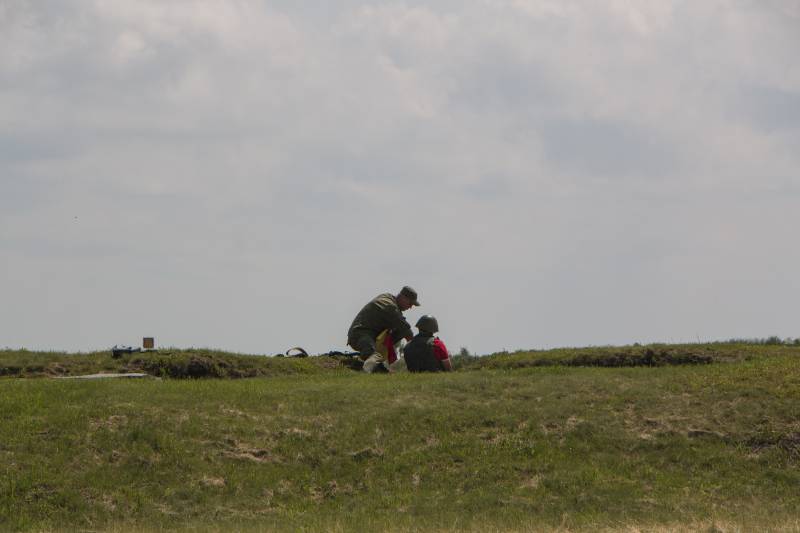 If in general, then, despite some deafness, obtained by close contact with the RPG, satisfaction was the place to be. It's nice to see how combat training is done in a normal combat unit. And it is especially pleasant to understand that this combat training is not a major specialty. But multiplicity is also a necessary thing.

The team will soon celebrate their 30 anniversary. Be sure to attend. And if you’re completely lucky, in the fall we’ll witness combat shooting. Not from machine guns and grenade launchers, of course.