The hot summer of the European Union 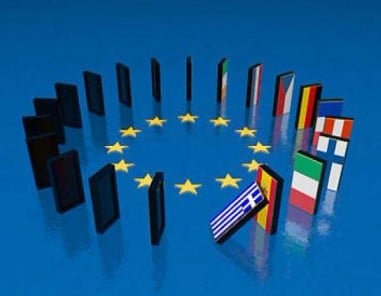 The summer of 2016 for the European Union turned out to be extremely hot. The integration project of Europe cracked at all the seams. The British referendum on withdrawal from the EU, strikes and protests in France, demonstrations and pickets in Germany, serious friction between the Polish authorities and officials of the European Commission, the frequent claims of countries and political groups are widely heard. Finally, since July, Slovakia will take over the EU presidency for half a year, and its plans for a period of new powers have greatly disturbed the heads of the European Commission.

The presidency of the European Union is arranged according to the principle of six-month rotation, carried out according to a previously agreed list. This organizational bullet Europeans in the year 2000 painted 20 years. Now the functions of the EU Chairman are performed by the Netherlands, from July, as already noted, their place will be taken by Slovakia, which will be replaced by Malta from the new year.

All this is reminiscent of the programmed scheme of rigid continuity and does not imply any revolutions. However, the chair country forms its agenda for the union and has the right to take decisions common to all countries.

They do not always coincide with the realities of life. For example, Prime Minister of the Netherlands Mark Rutte set himself the task of coordinating efforts to overcome the general migration crisis. In fact, the country chairing its referendum on the Association Agreement between Ukraine and the European Union essentially proposed to the Europeans a new agenda for action and an adjustment of the policy in relations with Kiev.

There are examples and targeted impact on their European partners. Thus, in past years, the chairmanship in the union of Lithuania and Latvia led to a new round of Russophobia in Europe and even affected the policies of the founding countries of the EU, which had serious economic interests in Russia.

Today, Slovakia, as well as the Netherlands, outlined among the priorities attention to the migration crisis, but gave it its own vision. On this, the Slovak Prime Minister Robert Fico made a number of policy statements that shocked the authorities of the European Union.

European Commission President Jean-Claude Juncker even made a special visit to Bratislava to clarify how public statements in the media correspond to the vision of the problem of migration by Fico himself. The details of this meeting are not made public. So, the Slovak prime minister confirmed his plans. They, to put it mildly, do not coincide with the multicultural policy of the EU.

Robert Fico called the admission of migrants in Europe "ritual suicide", opposed the mandatory quotas for the distribution of refugees between EU member states and the creation of a closed Muslim community in his country. In an interview with Fico published by the Bratislava newspaper SME, there is a statement that aroused European officials: “There is no place for Islam in Slovakia”.

With this go the authorities of Bratislava on their European watch. Of course, Brussels will try to arrest the threats of Slovaks in the current EU practice. But the full success of this European Commission should not count. Still, the chairmanship in the union gives the country a chance to identify its fundamental interests and defend them. Which, in fact, was confirmed by Premier Fico with his statements.

The capabilities of the chairing country are understood not only in the Brussels offices. On Tuesday, a telephone conversation took place between Russian President Vladimir Putin and Slovak Prime Minister Robert Fico. Here is what the press secretary of the head of state, Dmitry Peskov, said about this (according to RIA News): “The President and the Prime Minister discussed issues of bilateral relations, primarily in the economic sphere, including in the context of the upcoming Slovakia’s EU Presidency.”

Europeans began to annoy contrasts within the Union

The demarche of the Slovak premiere did not come from scratch. Contradictions within the European Union became aggravated at the moment of its vigorous expansion, when countries with a lower level of economic development entered the organization. The prolonged crisis only added contrast. Now it is fixed as a given and politicians, and the townsfolk.

In May, a European Union conference was held at the Shigi Hotel in Rome, where the current state and prospects of the current European association were discussed. In their speeches, EU leaders noted the different views of member states on the path of community development, dependency and even the national egoism of political elites.

European Commission President Jean-Claude Juncker said this: “We have Europeans on a full working day when we need to take, and we have on a part-time working day when we need to give.” President of the European Parliament Martin Schulz was more categorical. He practically reprimanded those politicians who like to publicly declare: “I must defend the interests of my country here.” Schulz called this behavior unacceptable and added: "Often we are talking about those countries that receive significant financial assistance from the EU for integration into the union."

The sad outcome of the controversy was summed up by European Council President Donald Tusk: "The idea of ​​the possibility of the emergence of a single European state turned out to be an illusion." Willingly or unwittingly, but Tusk took the position of euro-skeptics who, after the 2014 elections, made up almost a quarter of the European Parliament.

There is nothing surprising. Skeptical mood overwhelmed many Europeans. Recently, the American Sociological Institute Pew Research Center conducted a survey in ten EU countries about the attitude of the population towards the unification of their states into a single union. The results of the study showed that the number of euro skeptics has increased significantly over the past year.

For example, in Germany, only half of the respondents now positively assess the EU. Previously, he was trusted by almost 60% Germans. In the UK, the EU has a negative attitude to 48% of residents (data from the institute published June 8). In France, the level of confidence in the EU for the year fell by 17 percentage points - up to 38 percent. Most eurosceptics appeared in Greece, tired of the economic crisis. Here, the European Union is supported only by 27% of respondents.

A sharp disagreement with European economic policy was expressed by 65 percent of Spaniards, 66% of French, 68% of Italians and 92% of Greeks. Even higher is the share of those who do not approve of the activities of the European Union in the settlement of the migration crisis. All these disappointments spilled out into numerous protest actions, real actions to leave the European Union, like a referendum in the UK. The crisis of trust is gaining momentum.

Not just a global project ...


Most likely, the European Union will survive this hot summer and preserve the integration vector in its development. The UK will remain in the community, as has been preserved in the United Kingdom after its referendum Scotland. They waited for her. All public opinion polls pointed to this.

However, the British authorities provided the “right” vote. To participate in the Scottish referendum attracted having a residence permit guest workers, and the result was such that the queen, according to Prime Minister David Cameron, even "began to purr with joy." Find a way to "correct" democratic vote and the upcoming referendum. It is clear that big business, transnational companies and international financiers are interested in the UK retaining membership in the European Union.

It seems that ordinary people should feel the benefits of the integration of their states. The unification of countries opens up not only business prospects, but also expands the living space of all Europeans. This is familiar to us. The memory still keeps the old opportunities that the Soviet people received in the space of almost the whole Eurasia.

In the new century, this can be traced in the biographies of many successful Russians. Here is Vagit Alekperov. A graduate of the Azerbaijan Institute of Oil and Chemistry has found himself in the Tyumen North and has risen to the head of the largest private oil company in Russia. Known for all his notable political activity was a native of Kazakhstan's Alma-Ata, the leader of the LDPR, Vladimir Zhirinovsky. As an outstanding philanthropist and one of the country's largest businessmen, they know in Russia billionaire Alisher Usmanov from the Namangan region of Uzbekistan. Mikhail Fridman, a native of Lviv, co-owner and chairman of the supervisory board of the Alfa Group consortium, gained international fame.

Such examples can be continued for a long time. Recall at least leaving an indelible light in stories of our country, Anatoly Chubais, who was presented to Russia by Belarusian land. Different people, different destinies. And common to all - the opportunities for self-realization, which gave them the largest public education of the last century.

This is worth remembering. And also that successful modern integration of states is formed only on the basis of an approximately equal in level economy, close culture and mentality. It seems that it is these factors that the European officials lose sight of, which creates problems for people and causes their discontent, which grew into the hot summer of 2016 of the year ...

Ctrl Enter
Noticed oshЫbku Highlight text and press. Ctrl + Enter
We are
Results of the week. “I have sawdust in my head. Long words only upset me. ”Iron call
Military Reviewin Yandex News
Military Reviewin Google News
29 comments
Information
Dear reader, to leave comments on the publication, you must sign in.