17 2016 June
11
The armed forces need not only new weapons and military equipment, but also various additional means, including disguise systems. According to the domestic press, the army should soon receive new funds intended to conceal various radio electronic systems and related equipment. With the help of new equipment, it is planned to protect command centers, anti-aircraft missile systems and other equipment from being detected by the enemy.


The Izvestiya publication, citing an unnamed representative of the Ministry of Defense, reports that it is planned to deliver new protective containers for this year, which are planned to be used to mask anti-aircraft and anti-missile systems. Special containers will be assembled and handed over to the customer, adapted for use with various types of equipment, including the newest C-400 and C-500 anti-aircraft complexes.

According to reports, new protective containers were created due to the growing importance of electronic systems and electronic intelligence. For the detection of various objects, both stationary systems and mobile equipment, a variety of means of reconnaissance can now be used, including those that search for radiated signals. It was for the protection of domestic technology from such detection means that special protective containers were developed. 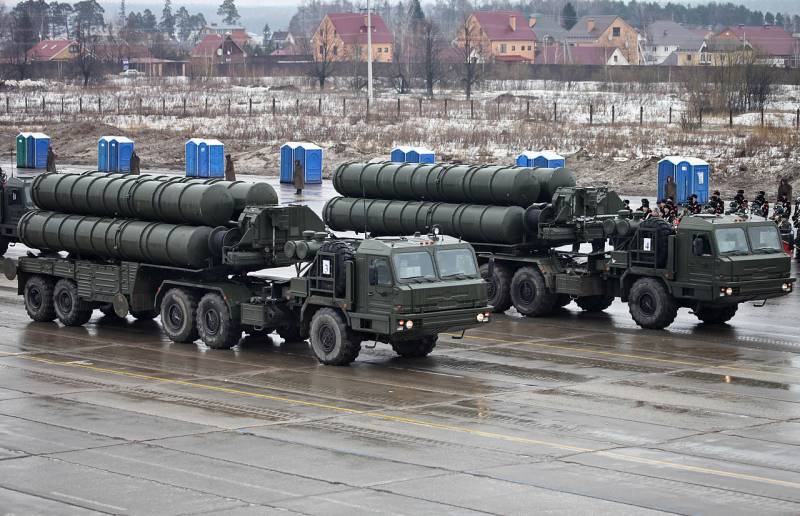 It is reported that the new products are standardized containers in the dimensions of serial KUNG type vans or other similar form factors. The walls of containers receive a special coating that shields electromagnetic radiation and does not allow it to go beyond the protected volume. This technique allows you to keep the radiation of various equipment and thereby significantly reduce the probability of detection by means of electronic reconnaissance.

The need to develop and manufacture new protective masking containers arose due to the characteristic features of any electronic equipment. Such systems during operation, regardless of the mode, create electromagnetic radiation, which can be detected by sensitive devices. The standard screening of systems in this case does not always allow to solve the task of masking and prevent the interception of radiation.

Plans for the creation and widespread introduction of shielded shielded containers were reported a few years ago. At that time, it was mentioned that several variants of similar means with various dimensions will be developed, designed for use with automobile chassis or for transportation by rail. Also, the terms of reference included the creation of containers with the ability to accommodate only the equipment or equipment and operator workplaces.

The main task of the new containers is the shielding of electromagnetic radiation arising from the operation of the equipment, which makes it possible to complicate the work of the enemy's electronic reconnaissance. At the same time, such equipment allows to solve another problem related to the placement of various types of military equipment.

“Izvestia” quotes an unnamed representative of the Ministry of Defense, who notes that the screening makes it possible to significantly reduce the mutual influence of various electronic systems. Without the use of special containers when deploying various elements of complex complexes, one should take into account the peculiarities of their work and take measures aimed at eliminating the negative impact of some complex facilities on others. Additional shielding with the help of special containers, in turn, allows to reduce the influence of interference caused by the systems to each other.

It is reported that the first "recipients" of new containers have already been identified. Using such special means, it is planned to build, first of all, new radar stations, communication complexes, electronic warfare systems and command posts. The work of these complexes is connected with the use of special antenna devices, and also implies the creation of a noticeable electromagnetic background even without the antennas turned on. As a result, such systems need additional protection from electronic reconnaissance assets.

The press also mentions that the first protective masking containers were released and handed over to the troops several years ago. Probably, these products were used in the construction of previously supplied equipment and showed themselves well in use, which opened the way for new projects in this area. The result of recent work, in turn, has been the development of new versions of special containers, which in the foreseeable future will have to become elements of various complexes for the armed forces.