Tallinn police began investigating the procession of the "Immortal Regiment"

16 2016 June
44
A month later, the Estonian police launched investigative actions against the organizers of the march of the Immortal Regiment, which took place in Tallinn on May 9, leads portal rodina.ee, the press service of the NGO Russian Compatriots of Europe. 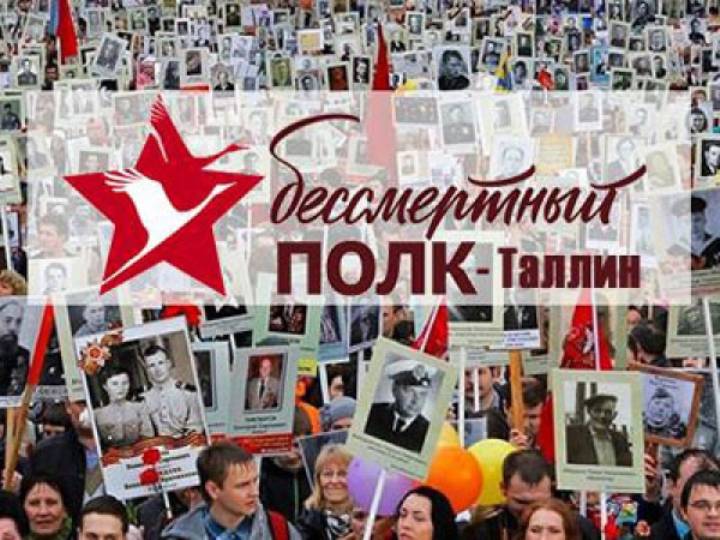 “At present, activists of the Russian Compatriots of Europe Association Sergei Chaulin, Alexey Yesakov and Allan Hunts have been brought under investigation to the case No. 2316,16,005157. All three are charged with art. 264´1 of the Punitive Code of the Republic of Estonia ("Ignoring the current requirements for holding public meetings"), ”the release says.

It is noted that the "action" Immortal Regiment - Tallinn "was registered with the Police and Border Guard Board of the Republic of Estonia two weeks before it was held, and had to go from the bus station to the Military Cemetery on Filtri Street, about which everyone was informed in advance."

However, “at the very last moment the police independently changed the route of the registered procession,” and its leader, Dmitry Linter, was taken to the security police for questioning.

Due to the absence of the organizer, it was announced that the march was canceled.

“After the official cancellation of the action, registered by D.Linter, activists of the Russian Compatriots of Europe association Sergei Chaulin, Alexey Yesakov and Allan Hunts distributed to the gathering people’ photos of portraits of their relatives who participated in the Great Patriotic War, which were ordered by people, ”the message reads.

People who received portraits of their relatives decided to walk independently through a predetermined route to the Military Cemetery.

“Due to the insufficient width of the sidewalk and a significant number of people wishing to bow to the memory of the heroes of the Great War, the procession of people to the monument to the Liberators of Tallinn stretched for several kilometers. In order that people could freely pass to the Military cemetery, the police temporarily blocked the traffic, ”said the organization.

“Thus, the police first disrupted an officially authorized public event, and then, in fact, organized the unimpeded procession of people with photographic portraits of War heroes to the Military cemetery, thereby rendering invaluable assistance to the Immortal Regiment.” Unfortunately, it seems that in Estonia two police act independently of each other: one working in the name of order and for the benefit of people, and the other - sowing chaos, discord and disorder, ”concluded the press service.