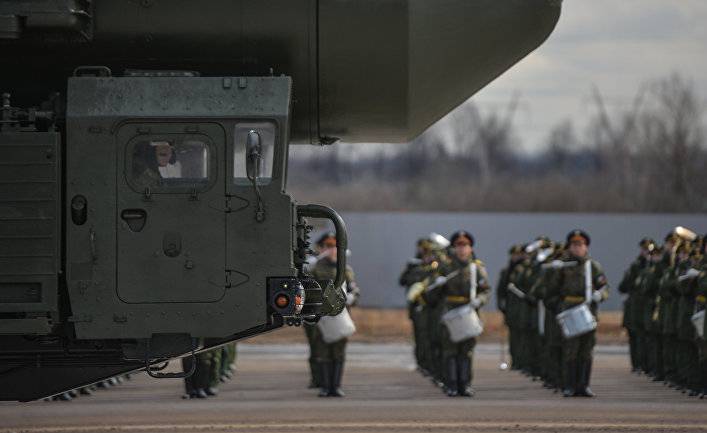 Sarmat is the fifth generation Russian missile system. He is now in the process of assembling, the first tests are scheduled for the third quarter of 2016 of the year. In terms of its capabilities, the installation surpasses all existing missile defense systems in the world. Accommodation weapons will be held in 2018-2020. The complex will become the core of the Russian arsenal of strategic nuclear weapons and will replace the SS-18 "Voevoda" system, which was adopted in the 20th century.

What is "Sarmat"? What is its uniqueness? We asked Chu Fuhai, a specialist of the Command Military Institute of the Rocket Forces, to explain everything in detail.

The Paper: Tell me in a nutshell, what type of armaments does Sarmat belong to?

Chu Fuhai: This is the latest generation missile system, with a new, the world's largest heavy two-stage liquid intercontinental ballistic missile with a nuclear warhead. 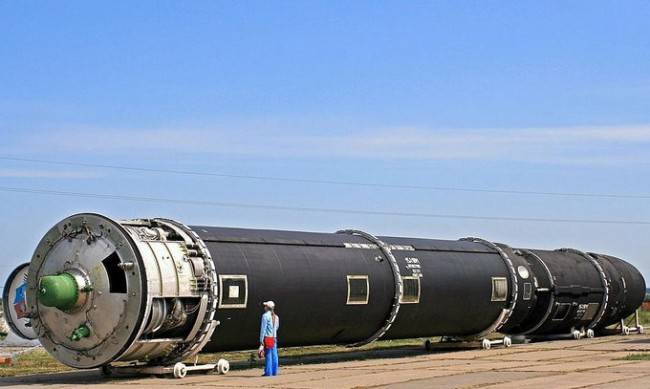 Sarmat is the latest fifth generation intercontinental missile system developed by the Russian Federation. Its official name is PC-28. The projectile flight path is a predictable arc; a new inertial control and guidance system is used with a double correction of the trajectory: on navigation stars and artificial satellites of the Earth, which guarantees the accuracy of impact. The maximum range is 16 thousands of kilometers, that is, the rocket flies over the North Pole or even the South Pole and reaches any targets on the globe. This is the "king-rocket" in the class of guided missiles.

Sarmat uses a mine based system. The launch mass of the rocket is more than 100 tons, the weight of the head part is about 10 tons. The rocket is equipped with a new liquid engine created by the scientific and production association "Energomash". The complex produces a mortar launch, a powder pressure accumulator throws a rocket from the mine to a height of 20-30 meters, then the rocket engine automatically turns on.

I will add that Sarmat is the most powerful nuclear missile in the world at the moment. Its length is 35 meters, it can carry 10-15 separating maneuvering warheads, the circular permissible deviation of impact is 150-200 meters, the destructive force exceeds the CC-18 “Voivod” complex, and after deployment “Sarmat” will become the largest IRA in the world.

- It is believed that "Sarmat" bypasses the best missile defense system, what do you think about this?

- “Sarmat” is designed to overcome the most modern air defense and missile defense systems. After choosing the optimal path, the rocket passes the South Pole along one of the predetermined routes. The charge is divided into several parts, the 10-15 elements of the warhead are separated from the rocket body and continue to move along independent trajectories. At the same time, you can attack from different directions to complicate the task of defending the enemy.

- As far as we know, there are two versions of the rocket, differing in range. What does such a weapon design mean?

- Russia calls Sarmat a strategic dual-use missile. Depending on where the strike is directed, at the United States or Western Europe, this or that constructive solution is applied, that is, it is a symmetrical response to the threat to the global missile defense system of the United States. The initial weight of the rocket with the target in the USA is 150-200 tons, the flight range is 16 thousand km, the payload is 10 tons. The reach of the projectile aimed at Western European countries is 9 thousand km., The launch weight is 100-120 tons, the maximum throw-weight is 5 tons. The rocket range is 10 thousands of kilometers, and if a volley is fired from the initial deployment, targets in London, cities of mainland Europe, and part of the United States can be attacked.

- Russia managed to gain experience in the use of advanced technologies in the creation of such missiles. Even during the active development of solid-propellant strategic projectiles of a new type, they cannot so easily forget about the traditional technical advantages of liquid fuels.
The main feature of a liquid rocket is a relatively high reliability and destructive power. Russian concepts of warfare with the use of nuclear weapons suggest that the response rate of a ground-based liquid missile is higher. Their main role is the first strike, that is, the preemptive strike and counterattack after the pre-warning system has been triggered. Solid-based strategic shells of the ground-based more tenacious and with mobile force deployment. Their task is the second, retaliatory strike. Thus, it is optimal if projectiles with both solid and liquid fuel are involved in combat operations with nuclear armaments, with the primacy of the former. After the SS-18 and SS-19 liquid missiles are removed from service, Russia will only have the Topol-M mine-based complex, and it will be difficult to launch a preemptive strike. The new liquid strategic missiles will replenish the arsenal of silo-based weapons and make it possible to combine two types of weapons.

Colonel-General Viktor Yesin, the ex-chief of the General Staff of the Strategic Missile Forces (RVSN), explained that the Russian Federation will definitely continue to study and deploy new types of weapons on liquid fuel in order to counter the US missile defense system. Indicators of specific thrust and power supply of such missiles are more, they are better suited for a counterattack and increase the effectiveness of defense.

- Where will the "Sarmat", the most powerful of the rocket launchers of Russia? What role will it play in the nuclear arsenal of the Russian Federation after deployment?

- According to the Russian media, from the end of 2018, the mass deployment of the complexes will begin. It is assumed that all of them will be deployed in the central part of Siberia, in the city of Uzhur, and in the Orenburg region, near the village of Dombrovsky. By 2020, after the completion of the planned deployment, the Sarmat RK with nuclear warheads will make up more than half of the total number of all land-based nuclear installations or a third of all strategic nuclear weapons of the Russian Federation.

- At the end of last year, Russian President Putin signed the 2020 National Security Strategy, in which the United States was first named one of the threats. It is believed that "Sarmat" is needed in order to provide the basic strategic opportunity of the Russian Federation to the blow of retribution. What do you think of it?

- Russia is developing Sarmat in order to preserve the strategic Russian-American parity and guarantee its own security. The missiles that are currently in service, SS-25, SS-18, SS-19, have already exceeded their service life, they are gradually becoming obsolete. Due to the lack of funding, the replacement rate of the RS-24 “Yars” ballistic missile is lagging behind the write-off rate. Therefore, with limited funds, Russia should fully utilize the CC-18 infrastructure, launching pits and command posts, as well as accelerate the development of a restraining arsenal of heavy ICBMs. That is, "Sarmat" is the main guarantee for the security of the Russian Federation.

Ctrl Enter
Noticed oshЫbku Highlight text and press. Ctrl + Enter
We are
China is securely covered with a strategic shield9 May in the center of Chisinau will host an exhibition of military equipment of NATO
Military Reviewin Yandex News
Military Reviewin Google News
58 comments
Information
Dear reader, to leave comments on the publication, you must sign in.