16 2016 June
96
The updating of the existing fleet of armored vehicles is ongoing. Recently it became known that during the current modernization of drill tanks The T-72 family was proposed to use new components that further enhance the characteristics of the equipment. In addition to the project that is already being implemented, updating electronic equipment, weapons, etc. Now it is planned to introduce new units of the power plant and transmission, affecting the mobility of the tanks and their operational characteristics.

According to the Izvestia edition, the main battle tanks T-72 will receive additional equipment in the form of an updated transmission control system during the modernization of new lots. The new version of the T-72B3 retrofit project involves the use of the automatic gearbox APP-172. The automatic system will replace the manual control lever connected to the hydraulic actuators. It is expected that such a modernization will greatly simplify the operation of armored vehicles, as well as facilitate its management and reduce the negative consequences of driver errors.

According to reports, the new version of the modernization of the T-72B3 was developed by Uralvagonzavod Corporation upon the request of the Ministry of Defense. The next contract of the Ministry of Defense for the repair and modernization of armored vehicles in the army, among other things, involves the use of a new automated gearbox. The contract signed in March implies the restoration and renewal of a hundred and fifty T-72B tanks. This technique, together with other new systems, will receive APP-172 machines. 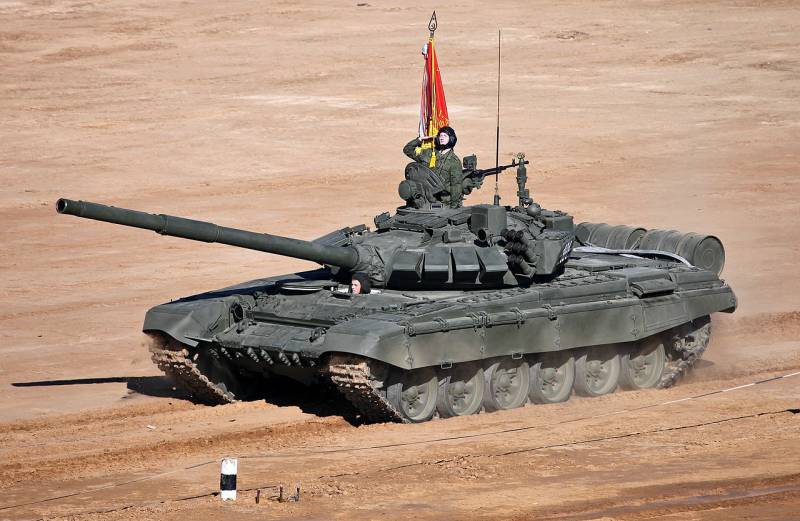 It is reported that the gearbox with automatic machine APP-172, proposed for use on T-72B3 tanks, was borrowed from the T-90CM project. Thus, due to the use of new units it is planned to improve the characteristics of existing tanks to the level of the latest developments. Upgrading the transmission will simplify the management of equipment and bring such parameters to a new high level.

The automatic gearbox APP-172, proposed for installation on upgraded tanks, was developed in NPO "Electromashina", part of the corporation "Uralvagonzavod." The device is designed as a single unit with a set of necessary controls, which can be installed in the control department of the upgraded equipment. Installation of the machine and its connection to the necessary onboard systems can be carried out both in the factories and in the field.

The APP-172 system is able to track the parameters of transmission operation and independently perform gear changes. There are manual and automatic mode of operation. In addition, when the automatic mode of operation remains the ability to shift gears manually. During automatic operation, the machine spends on the gearshift order of 0,2 with. The machine connects to the on-board systems using a two-wire circuit and is installed to the right of the driver's seat, in the same place as the regular transmission control systems. 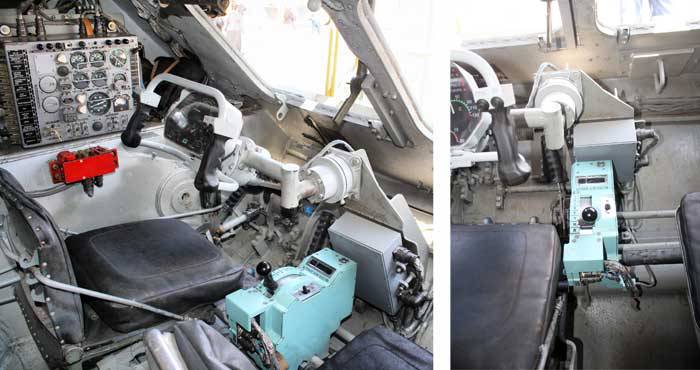 On the body of the automatic device APP-172 there is a set of necessary controls. A toggle switch is provided to turn on the device with LED indication, as well as a movable lever with a scale that simulates a regular transmission control device. Thus, the use of the machine does not require complex retraining of personnel with the development of new equipment management principles.

The use of automatic gear, according to the developer, allows you to optimize the work of the transmission due to the correct management of it. Proper transmission control can reduce the acceleration time from standstill to 50 km / h on 2-3 with. Average highway speeds can be increased by 15-20%. The 10-15% reduces fuel consumption. Thus, the installation of a relatively simple and small device allows you to significantly increase the mobility of the armored vehicle and improve its performance.

The first domestic tank that received the automatic gearbox APP-172, was the T-90CM. In addition, such equipment was used in one of the special projects. This system is now offered for installation on upgraded T-72B3 for front-end units. Thus, the original innovation will be able to get into the troops and have a positive impact on the operation of the upgraded armored vehicles. 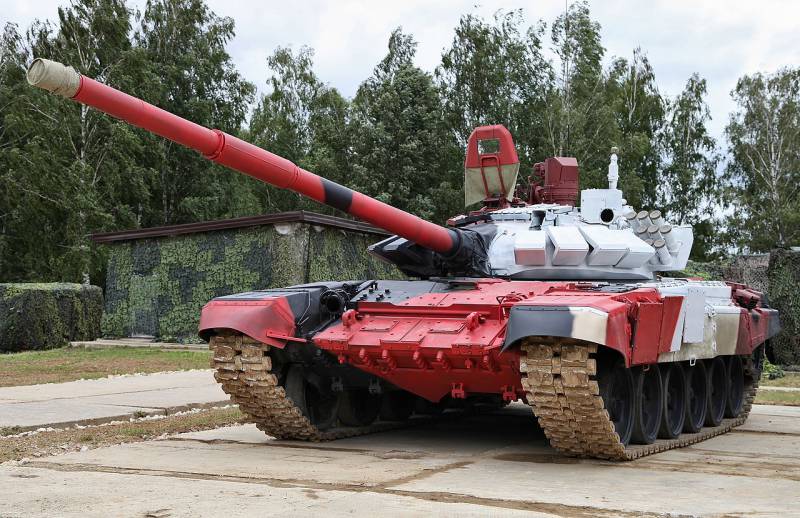 According to Izvestia, the first batch of X-NUMX tanks T-32B72 with the APP-3 submachine gun will be upgraded by the end of this year and will be available to the 172 Guards Tank Army of the Western Military District. In the future, troops will receive the remaining vehicles, which will be updated in accordance with a recent order.

It should be noted that the project of equipping the T-72B3 tanks with automatic gearshift is not the first option to upgrade the power plant and transmission of armored vehicles of this type. So, back in 2014, the main tank T-72B3М (also the designation T-72B4) was introduced, intended for participation in the "Tank Biathlon". This machine was a modified version of the original T-72B3 using components and assemblies from T-90CM. The “racing” tank was equipped with an advanced B-92C2F engine with 1130 horsepower, a new power plant control system, an automatic gear shift and other equipment for various purposes, including new sighting equipment.

T-72B3М was tested on the track of the competition and showed itself well. However, this modification of the tank is not yet planned for mass production, and the modernization of armored vehicles available to the troops is being carried out according to the T-72B3 project. However, according to recent reports, the updated cars of new lots will receive automatic transmission control, borrowed from previous projects. This will further improve the characteristics of armored vehicles without significant costs for the replacement of various components.