15 2016 June
31
The spiritual leader of the Islamic Republic of Iran (Iran’s Supreme Leader) Ayatollah Ali Khamenei warned the future US administration against any attempt to revise the “nuclear” agreement. Recall that in his speech, the candidate of the US Republican Party, Donald Trump, repeatedly stated that if elected, he would cancel the agreement with Iran and restore the sanctions that previously existed in relation to the Islamic Republic.


According to Ayatollah Khamenei, in case of violation of the treaty by the United States, Iran reserves the right to simply burn the contract and to throw ashes to the wind.
Iranian Spiritual Leader Quotes News Agency Associated Press:

We do not violate the contract. But if the other party violates it, if she tramples the agreement, then we will burn it and throw ashes into the wind. 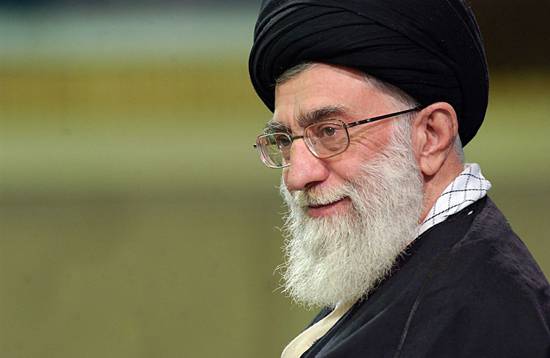 Khamenei’s appeal, as noted, was directed specifically to Trump, since another candidate, Hillary Clinton, considers the agreement reached with Iran to be successful.

In addition, Khamenei noted that with Tehran’s full compliance with the terms of the treaty, the United States is still delaying the time for the lifting of sanctions. In particular, restrictive measures remain in relation to the Iranian banking sector, as well as the insurance system.

Recall that in exchange for the refusal of uranium enrichment, the United States promised to remove from Iran the existing sanctions against it.

It is noted that Iranian Foreign Minister Mohammad Javad Zarif is going to discuss in the coming days the fulfillment of the obligations of the parties to the treaty with US Secretary of State John Kerry. The meeting is scheduled to be held in Germany.