"Kommersant": Russia will allow India to the construction technologies "Varshavyanok"

15 2016 June
78
Russia is ready to share with India the technology for the construction of the Varshavyanka diesel-electric submarine (project 636), but a decision has not yet been made on which shipyard will establish licensed production of submarines - at Pipavav or Larsen & Toubro, reports Kommersant with reference to a source in the industry. 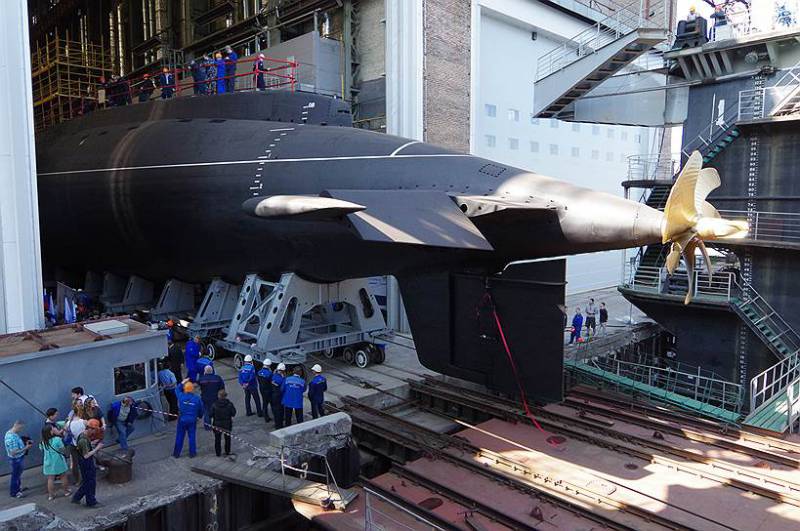 “For India, the issue of modernization of underwater fleet Fundamental: over the past 15 years, the country's Navy has not received a single new diesel-electric submarine. The main geopolitical rival of India - Pakistan - has already ordered eight of the latest non-nuclear submarines from China, ”the newspaper notes.

In early June, Rostec CEO Sergey Chemezov told Kommersant-Vlast correspondent:
“Now we are agreeing that they will, at the first stage, repair the previously acquired submarines, they will be assisted by specialists from the Zvezdochka shipbuilding center. After the joint venture USC (United Shipbuilding Corporation), Rosoboronexport and the Indian shipyard will begin the construction of submarines: first a large assembly, and later localization.

In USC, as in Rosoboronexport, they refused to give more detailed comments, citing closeness of information.

According to the source, “until recently, the possibility of supplying two 636 submarines to India was discussed, but as a result, the Indian military decided not to buy ready-made submarines, but to deploy their licensed building at home.”

According to him, not so long ago "the request of the Indian side for the possibility of technology transfer with the localization of production in India" came to the departments and organizations involved in arms exports.

The interlocutor also said that “the negotiations are conducted in the gov-to-gov format (that is, directly between the governments of Russia and India), which emphasizes the special status of relations between Moscow and Delhi.”

Ctrl Enter
Noticed oshЫbku Highlight text and press. Ctrl + Enter
We are
Published plans for the construction of "Warsaw" for the Pacific Fleet
Military Reviewin Yandex News
Military Reviewin Google News
78 comments
Information
Dear reader, to leave comments on the publication, you must sign in.