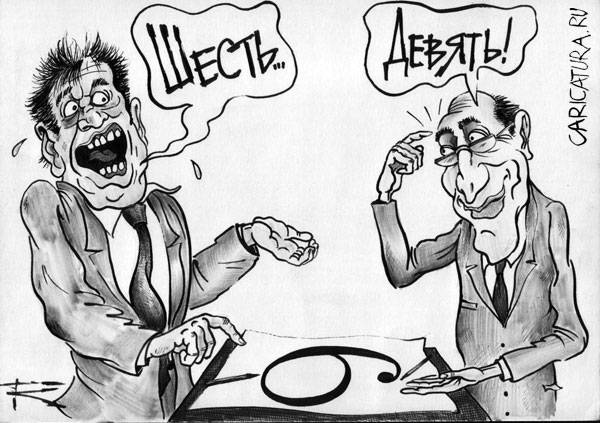 Immediately make a reservation that I am not a historian. Neither professional nor amateur, no. Towards stories I am a complete user.
My own applied and scientific field of activity is management. And more precisely, metrological procedures in management processes, where history as a set of measured parameters is a necessary and indispensable condition for the development and adoption of adequate management decisions.

In addition to the aforementioned utilitarian use of history - as a basis for developing and making decisions - the science of management pays special attention to heretics, that is, to those who think outside the box and unconventional.

All modern textbooks and methods of management call not only carefully and (you will not believe) to take care of heretics carefully, but also to constantly provoke their activities, since any recognized innovation in any field of human activity has always been born as a heretical deviation from the norm, starting with statements that the Earth is round and ending with the statement that a person needs to be infected so that he does not get sick (this is me about vaccinations).
Now about the history itself, or rather, about some features of the process of its knowledge at a given historical moment:

This process is stormy and incendiary. On the historical themes in the media space there are battles that can only be compared with ukrobatali. They unfold on the most diverse, including not at all historical sites between the traditionalists and the so-called folk historians, go with increasing heat and reached that severity when they are no longer taken prisoner, and where, thank God, there are no dead, but a lot of wounded on his head.

And here are my personal observations: (I’d just make a reservation that this is only my personal experience) - those soldiers of historical truth for whom Fomenko-Nosovsky-Zadornov-Bushkov and others are the source of hell, and when meeting with them it’s supposed to spit three times over his shoulder and to cross over to the opposite side of the street, protecting the traditional ancient history and the history of the Middle Ages, does not subject to the slightest doubt and modern history in all its manifestations:

And so on, right up to the events of 1991, during which the freedom-loving Balts, winning their independence from the treacherous Russians, with their bare hands bent their trunks and tore off the caterpillars from fifty ... no, from five hundred Russians attacking them tanksthen they deprived the tankers themselves of Latvian citizenship, from where the Baltic unique brand “non-citizen of the republic” came from ....

And then the conversation with them takes place as a blueprint - zadorny in its vigorous senselessness:

So here are the Protocols, because they are needed. They have a lot of that built. They live an independent political life. They possess all the attributes of matter - they affect the consciousness, leave their material traces in political and public life, in documents. But the most important thing is that they are the basis for such lovely eccentricities, like the presentation of material claims for hundreds of billions of euros to the historical aggressor.

As well as the Molotov-Ribbentrop protocols, there is a separate, not at all historical life and the rest of the history, which in no way fits with the term “science”. A microscope - he, too, is a purely scientific device, but, hoisted over his head, instantly turns from a scientific tool into a dull cold object and instrument of violence. It also, as I already wrote, is the basis for making management decisions, where the wrong base entails deliberately erroneous decisions that, on a nationwide scale, can have disastrous consequences for entire nations.

That is why management practice has such an interest in historical science. That is why it requires verified accuracy and authenticity, since today there are enough funds for cross-checking.

Here and judicial forensics, allowing to investigate even the crimes of antiquity deep, and economic geography, allowing to make calculations of the real possibilities and needs of the population and the state in the studied historical period in the study area. These are genetics, cybernetics, and engineering modeling, each of which and all together can answer the question: “possibly-impossible” and even “it was-wasn’t” ...

Well, the old historical science does not use the new possibilities of the adjacent sciences, or rather uses it, but very selectively - only when it is necessary to crush someone from the attempts on the slender building of history. For example, after the traditionalists criminally criminally “The Protocols of the Elders of Zion” forensically, the proposal to subject the same analysis to the chronicles on which the classical history rests, to put it mildly, does not arouse enthusiasm, but causes a completely different state, extremely reminiscent of hysteria. Why did it happen?

Folk historians have enough of their cockroaches. Some linguistic studies are worth something. Honestly, I personally read them exactly to the point where they criticize the classical canon and scroll through the places where they form their own historical constructions, for everything obscures the ears, for which the facts are drawn to conclusions.

But there is another thing. Heretics will be everywhere and always, and the whole question is how they are perceived and how the system works with them. A civilized and viable one is able to aggregate even seemingly completely insane ideas, select worthy of attention among them, and turn them into innovations that allow one to gain a competitive advantage. And the fact that the first, to get to the truth, gets such an advantage, I hope, no evidence is required.

But with a classic story, something needs to be done ... Well, maybe not everyone, but Russians, for sure, because otherwise they are simply doomed to constant calls and demands to pay and repent, repent and pay, and everything is strictly in accordance with the classic historical canon ...

Ctrl Enter
Noticed oshЫbku Highlight text and press. Ctrl + Enter
We are
About Stalin and KhrushchevMilitary reform as an integral part of the security concept of the Russian Federation: Systematic dynamic assessment
Military Reviewin Yandex News
Military Reviewin Google News
60 comments
Information
Dear reader, to leave comments on the publication, you must sign in.