And Lenin is such a network

17 2016 June
85
The intellectual proletariat is more explosive than its predecessors.


Destructive forces can straddle the protest moods of the class of social transformations and lead its mass demonstrations. The country's leadership needs to take extraordinary measures of control over the situation.

In the past few years, the theory and practice of hybrid wars has been actively discussed. The idea is to create in advance the enemy’s own “army”, built on the network principle, with the help of which, directly, without first crushing the armed forces, crush the current regime. And then to disorganize and weaken the security system (armed forces, special services, law enforcement agencies) of the victim country to the level acceptable to the winner (up to complete disbandment), take control of its economy and, if necessary, occupy the territory under the guise of a peacekeeping operation. That is, to wage a hybrid war we need not regular troops, but a different force: anti-government and anti-state formations, which in most cases are disguised as so-called civil society.

Such a "civilian army" is a very complex formation. There are a community of employees of the enemy intelligence services and recruited by them, representatives of the elites of the victim country, who act (consciously or because of stupid frondism) agents of influence and lobbyists of the interests of the aggressor, an open political opposition that reflects the interests of a foreign customer ).

“Power elites underestimate the measure of danger. “The professorship is not capable of anything except talk, and the students will start up and go away.”
However, the “civilian army” alone cannot defeat the state — it is too small in number, although it can hold key positions in power. What is needed is a quantitatively significant stratum of society capable of crushing the regime, acting as a powerful social force, surpassing the potential of that which the government possesses. Lenin spoke of a revolutionary class, in modern terms it is a class of social transformations. Only by securing intellectual superiority in such a stratum of society, at least in its most active strata, can the “civilian army” succeed.

Thus, the key condition for the implementation of hybrid aggression, and protection from it, ensuring the stability of society with a variety of political views and their carriers, often contradictory before antagonism, is maintaining a normal, controlled state of social change class. And first you need to decide what it is. For the criteria, we turn to stories.

The first classic revolutions were, of course, the British and French. Both marked the transition from feudalism to capitalism. The initiators and organizers were the elite strata of the emerging bourgeoisie and the part of the nobility that joined it, who shared its views. However, the "technical executors", the protest mass, which physically and overthrew absolutism, became the serfs and the urban artisan poor.

The revolutions of the beginning of the 20th century, above all the Great October Socialist, also had political organizers and the main driving forces. In the role of the first in Russia were the RSDLP (b) and allied political parties and movements. And the main driving force was the industrial proletariat, replacing the peasantry in this capacity (which was viewed as an ally, but driven organizationally, ideologically and intellectually).

Today is a different situation. In all more or less developed countries, the classical proletariat of the industrial era has declined significantly in number (in relative terms) and has lost the ability to be a leader of social transformations. He is being replaced by other layers. To be a force capable of large-scale social transformations, they must meet certain requirements.

The first is the absence of meaningful private property. Those with a good level of wealth, in the absolute majority are not ready to risk them, and therefore they are not able to act against the existing government. After all, this creates a threat of loss of well-being, loss of social status, but it may not give a significant improvement in the situation when the situation changes. The presence of significant private property makes a person extremely vulnerable to possible repression, even of a very limited scale. A different picture, if there is none: then there is nothing to lose, but there is hope for the best in the new system of social relations. In modern conditions, as in the twentieth century, these are mostly wage workers, including a certain part of the middle class.

Secondly, applicants for the role of transformative power should play a key role in social production. Only in this case can they have enough potential influence to effect meaningful social change. By stopping material production, the transducer layer activates other classes and groups. He is able to partially paralyze the activity of the authorities. And being, as a rule, the most important element in the structures of national security, it is able to thwart attempts to suppress protests by force.

Modern industrial production is largely automated. Those who work with such equipment must have a high level of education, their activity is essentially engineering. That is, a man of mental labor replaces the industrial proletarian. Pure intellectuals work in IT production. The activities of personnel (especially command) of the armed forces, special services and law enforcement agencies are also in fact intellectual. According to modern concepts, this is the sphere of social production of a specific product “security” and it is produced exclusively by the mentioned personnel.

Thirdly, the logic of the activity of this stratum should contribute to the emergence of collectivist tendencies. The key role here is played by the typology of labor relations. This requirement stems from the fact that mass actions assume that the protest community has a certain organizational potential, the ability of individuals to act in concert with others in accordance with a single goal. Such skills most often arise in joint work on solving a specific task.

It should be noted that large groups, whose activities are clearly coordinated, are involved in modern production in a somewhat complex way. The work of scientists, too, has long ceased to be a lot of singles. Developments are carried out by large teams, often by international “collaborations”. Collective work also takes place in education, medicine, not to mention industry and security. Even hackers work collectively.

Fourthly, the class of social transformations should have intellectual superiority in relation to other basic producing strata of society. This is due to the fact that the masses are involved in the protests. Leading positions in this conglomerate capture those layers whose representatives most clearly represent the situation in the country, the interests of the protesters, the goals and objectives arising from this, orient themselves in the diversity of political groups and ideas put forward by them, know how to choose one of them as a political leader, work out the best method and form of activity.

Approaching the three previous criteria, the community of workers in the intellectual sphere fully meets the fourth one. In the mass, it surpasses most of the representatives of the surviving industrial proletariat and peasantry.

They lacked the leader

It can be stated that in the society of any more or less developed state there is a segment of the population that meets the listed requirements. This is an intellectual proletariat. Some may not like this name. Well, it is easy to change it - after all, they do not argue about terms, but agree. However, if approached from strictly scientific positions, the intellectual proletariat most closely corresponds to the essence of this social class. 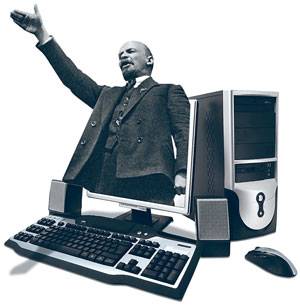 In terms of social explosiveness, the intellectual proletariat significantly exceeds its predecessors: the industrial proletariat and the peasantry. It is determined by at least two factors. The first of these is that the measure of exploitation, expressed through the ratio of the surplus value created by the intellectual proletariat to the amount of its remuneration, is much higher than that of the industrial proletariat and the peasantry. Scientists, programmers, doctors, teachers, military and other intellectual proletarians are sometimes rewarded very generously. However, they are well aware that they produce incomparably more. This generates a feeling of dissatisfaction with the social situation. The second factor is that they (at least their avant-garde) are well aware that they intellectually surpass the bulk of the power elite. Moreover, they play a key role in the development of decisions by it - both indirectly (in particular, through the software of the ACS), and directly (through the preparation of options, forecasts, scenarios for persons with proper powers). The main conclusion from this is that if the industrial proletariat was part of the managerial elite even after the seizure of power, the intellectual is not required in any capacity.

Therefore, the organizers of the hybrid wars are counting on it. In any case, this is evidenced by the experience of the last three decades. But the power elites, leading politicians underestimate the measure of danger of the intellectual proletariat. “The professorship is not capable of anything except talk, and the students will start up and go away ...” Such phrases are heard on the sidelines quite often.

Some time ago a televised kid from Hong Kong showed up on television who, using Internet technologies, organized mass demonstrations in this particular area. Comparing his appearance with the brutal leaders of the revolutions of the past, the leader said that everyone, of course, was made by foreign special services. But it should be recalled that social networks are created by the same puny youths and now have a powerful influence on the minds of young people all over the world, including Russia. Such people crushed regimes during the "Arab Spring". Having made a coup, they, as a rule, left the political arena, and sometimes even life. However, this is no easier for the country: the enemy, having used the situation, has already solved his task.

We note the most important thing: such a large section of society in itself is a “civilian army” unable to move against the state and the authorities. To put them in motion, we need quite serious motives that can force large masses of people, under ordinary political conditions inert, to move to active political actions. And it almost always makes the regime itself, putting significant social strata into a position that they find completely unacceptable.

And there are always groups in society that claim to seize power and change the political system. They are not necessarily connected with foreign special services and act as their agents of influence, but using the situation, they can straddle (ideologically, organizationally, intellectually) the protest moods of the class of social transformations and lead its speeches. At the same time, the enemy special services, in turn, will seek to manipulate such groups until they achieve (according to circumstances) full control over them. In turn, the claimants to power use all possible resources, including support from outside, and in the future they often get rid of foreign guardianship. This succeeds, as a rule, for those groups that rely on a clear ideology recognized by the class of social transformations.

Russia has entered a deep confrontation with the West. Nuclear potential provides us with guarantees against large-scale war in its traditional form. Therefore, the main and only threat to us is a hybrid aggression, which is already being deployed. And the bet is placed precisely on the intellectual proletariat. Yes, while he is divided and does not realize his interests. However, there are plenty of those who want to consolidate it in order to put themselves in the service, including those who have a powerful material and information resource. Therefore, our leadership, first and foremost the president, needs to take control of the situation in this extremely important social stratum for the country.