The security forces of Kazakhstan carried out a special operation within a week after the June 5 bandit sortie in Aktobe. According to official representatives of the Ministry of Internal Affairs and the National Security Committee of the republic, all participants in the attack on two armory store and the military unit of the National Guard have already been established and measures are being taken to arrest them.

On Friday, June 10 was found shelter, where militants were hiding from law enforcement. During the assault, according to the Ministry of Internal Affairs of the Republic of Kazakhstan, four terrorists and one accomplice were killed.

“A day after the attack on Aktobe, the National Security Committee and the Prosecutor’s Office of Kazakhstan detained several people who allegedly planned a coup d’état”
A few days before, the media in Kazakhstan and Russia almost every hour reported on the seizure or liquidation of another militant. True, no one was killed or arrested. If we compile information from the media, the security forces detained or eliminated at least two dozen terrorists, although 15 people took part in the attack itself. But on Wednesday, the Kazakh special services stopped sending out triumphant reports, limiting themselves to on-duty unsubscribing: "The operation continues."

Meanwhile, in the middle of the week, a certain “Army of the Liberation of Kazakhstan” claimed responsibility for the attack, spreading the statement that it was “the first battle of supporters of the democratic development of Kazakhstan against the dictatorship of the Nazarbayev clique”. True, law enforcement officials denied the report, in turn stating that the raid on Aktobe was carried out by former militants of the “Islamic state” banned in Russia, recently returned to Kazakhstan.

So what happened in Aktobe and how effective is the counterterrorist operation, to which, besides the Ministry of Internal Affairs, the forces of the National Security Committee and the Ministry of Defense of the Republic are now involved? 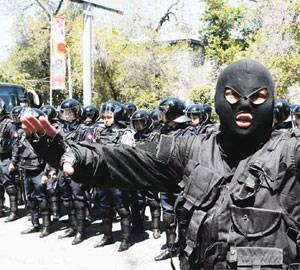 As is known, after the attack on the operational regiment of the National Guard, the militants left the territory of the military unit, after which there was no reliable information about what they were doing.

According to reports, the detachment was divided into several groups, which, carrying away the carbines and rifles captured in the hunting stores, tried to leave the city. The injured attackers allegedly hid in the previously prepared apartments in Aktobe and its suburbs.

Meanwhile, the placement of roadblocks on all entry / exit routes from the city took almost a day from the Kazakh law enforcement officers. At the same time, without even properly creating security rings, representatives of the Ministry of Internal Affairs, the National Guard and the KNB began conducting targeted checks.

On Friday, the search for militants who remained in the city was crowned with success. They were found in an apartment where an accomplice hid them. The fighters of the Kazakh special forces went on an assault, the video of which became available to the public after some time.

To comment on the assault that took place, “Military-Industrial Courier” asked the current employee of the Russian special forces, who have experience of similar operations.

“There was an impression that the fighters were going to take a gangster“ raspberry ”or, at best, a drug gang, but in no way prepared and armed militants,” explains the source. According to him, it immediately catches the eye that during the assault the special forces call each other not by call sign, but by name. It is not clear for what reason the negotiator (perhaps the commander) turns out to be in the assault team, which seriously interferes with the work of the four fighters, but does not even put on personal protective equipment.

The staircase, on which the battle took place, is not fully controlled by the special forces. If the militants decided to make a breakthrough, the soldiers of the special forces could have great difficulty in holding them.

The assault group has a very strange choice of weapons - Ak-74 assault rifles, the silent Val "AS", as well as submachine guns. And the fighters themselves showed not the best level of fire training. It is surprising that they went to storm the premises with the militants, not even taking the shield.

Neither the external cordon, nor the fire trucks, nor the ambulance carriage can be seen on the video from the adjacent street.

"Work by the method of quickly filling the room, confusion and the presence of uncontrollable stress are visible to the naked eye," the interlocutor sums up

As stated in the Ministry of Internal Affairs of Kazakhstan, the elimination of the militants was a success thanks to the conducted operational-search work, during which the apartment was clearly established, where the attackers were hiding. True, this statement after watching the video raises well-founded doubts. It is more likely that during the check, special forces soldiers accidentally stumbled upon hidden militants.

“This was how the American special services acted when they were looking for the Tsarnaev brothers who committed the terrorist attack in Boston. They cordoned off the areas and abandoned the fighters to check all the houses and buildings. As you know, brothers found. One was liquidated, the second was arrested. But there the search area was several times smaller and consisted mainly of one- and two-storey houses. Here is a whole city with communications and technological facilities, ”an employee of the Russian authorities tells the Military Industrial Courier. The work of Kazakh law enforcement agencies is reminiscent of chaotic throwing. The Ministry of Internal Affairs and the National Security Committee independently and secretly from each other try to use the obtained operational information. It is not entirely clear how long the search will continue in Aktobe itself, if it is already clear that, despite all the reports about dozens of terrorists killed, the bulk of the militants left the city on Sunday.

As already mentioned, the responsibility for the attacks was assumed by a certain “Liberation Army of Kazakhstan”, declaring a struggle with the current military-political leadership of the country. But the investigating authorities are skeptical about the AOK statements, especially since they were common through the Moscow branch of Radio Liberty. Siloviki prefer to work out the version of the militants of the IG. 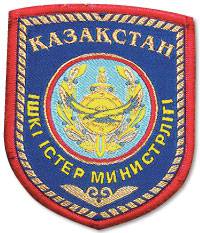 A day after the attack on Aktobe, the KNB and the prosecutor's office of Kazakhstan detained several people who allegedly planned nothing more than a coup d'état. Moreover, the conspirators gathered to destabilize the situation in the country through similar attacks on government and military facilities.

It is noteworthy that immediately after reporting the arrest of the suspects, some media outlets directly stated their involvement in the organization of the attack in Aktobe. True, no official confirmation of this version was received from the investigative bodies of the republic.

It must be admitted that lately a certain number of citizens of Kazakhstan have risen under the banner of the IS and took an active part in the hostilities. But the percentage of the population in the country, where, despite the fall in oil prices, the economic situation is quite stable, is still insignificant in the ranks of the Islamic State compared to neighboring Uzbekistan and Tajikistan.

Militants of the IG receive good training and, as experience shows, they are ready for contact combat even with an experienced opponent. Although the attackers in Aktobe turned out to be head and shoulders above the NG fighters of Kazakhstan in their moral and volitional qualities, the raid itself was very confused, and the attackers, not achieving an instant result, preferred to retire.

It is important that the militants did not wear the religious attributes of the IG or other radical Islamic movement, they looked more like secular society in the video. Therefore, it cannot be denied that the version in Aktobe was acted by a certain resistance group, although united by the Qur'an, but more moderate.

Although with the similar protests of the townsfolk began the collapse of the regime of Gaddafi in Libya, when the first were enough secular residents, dissatisfied with social conditions. A similar scenario began and the civil war in Syria. And only after some time, black and green banners of Islamic terrorist organizations appeared.